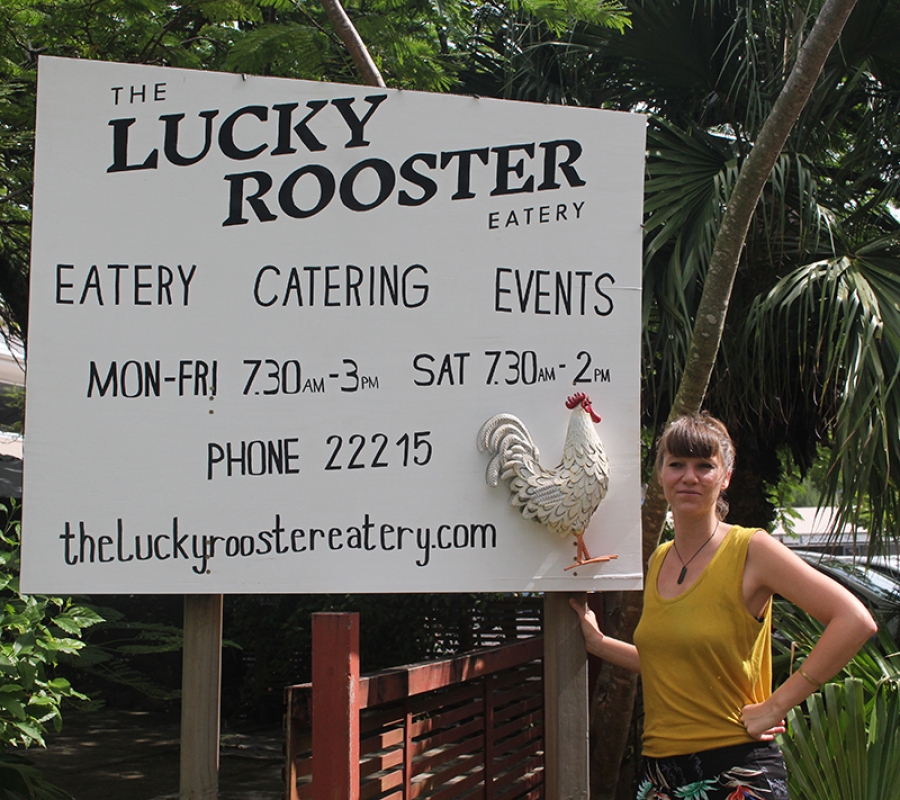 A well-known eatery in downtown Avarua has been renamed after one of their regulars. And it is not one of their customers.

Café Salsa is now known as the Lucky Rooster Eatery.

Eatery owners, Martina Uhlig and Armin Schwander, who are originally from Switzerland, said they wanted a new name that would be more unique to the island.

Uhlig said roosters are frequent visitors to the eatery and are very friendly, which is what prompted the name change.

The charming cockerels who crowd around the eatery are marked by their flowing tails and brightly coloured pointed feathers.

Even the chickens, who stir curiosity among the customers, come in various colours, patterns and sizes.

The eatery serves a range of gourmet meals made from fresh and seasonal ingredients that are locally supplied.

Although they are not serving the pizzas of the past, they still have the favourites such as ‘Coconut Pancakes’ and ‘Ika Mata’ on the menu.

I wandered in with my mum on Thursday this week to grab some lunch, and was immediately greeted by the friendly wait staff and comforting aroma of coffee, bacon and herbs. The eatery was filling up quickly (it was almost lunch time) but we managed to snag a picnic table in the back courtyard.

We ordered the ‘Caesar’s Salad’ and the ‘Eggs Benediction.’ The eggs were perfectly poached; when pierced in the centre with a knife they oozed warm yolk, it was paired with bacon and toasted bread. It was also covered in a buttery hollandaise sauce with a subtle twist of lemon.

The breakfast and brunch restaurant is a popular meeting place for both locals and visitors.

In addition, they now have a catering service where they provide platters of rice paper rolls, sushi and pocket sandwiches.

Uhlig said that their catering is served on woven kikau trays made by staff waitresses.

She said the venue can be transformed for private functions like cocktail parties and clubbing occasions with space for up to a hundred people.