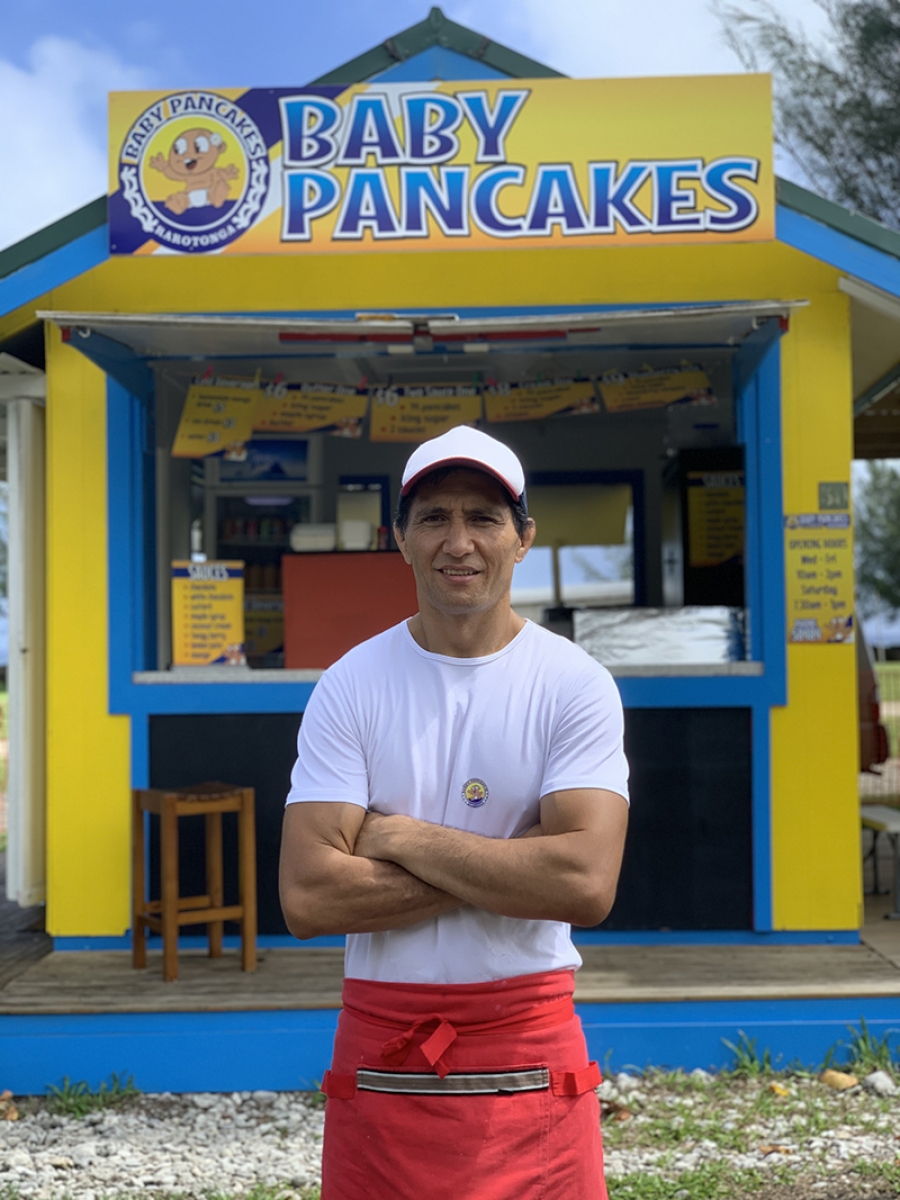 Baby Pancakes owner/operator Dion Teau has some future aspirations for his business including selling Danish Delights. 20013006, 20013007.

Baby Pancakes owner/operator Dion Teau refuses to serve anything he doesn’t like himself. That’s why his baby pancakes are a hit among locals. Katrina Tanirau caught up with him at his new shack.

Working as a chef meant too many long hours away from his family for Dion Teau.

So he decided to “chuck it in”, as he puts it, and try some different.

At first he tried his hand at selling homemade candy, but after a year realised it simply wasn’t financially sustainable.

Teau and his family went on holiday to Melbourne and while at Victoria Markets, he noticed a long queue of people leading out of one of the market’s stalls. “I wondered what they were all waiting for,” he said.

The sweet aroma of freshly made pancakes caught Teau’s attention and his idea to start a pancake business was born.

At first, while still living in New Zealand he began research and found a recipe to make Dutch pancakes – poffertjes.

He started to experiment and once happy with his final product, Teau began trading at night markets around Auckland.

It was hard starting out and Teau admits there were moments when he would go home and wonder how he was going to pay the bills.

But he persevered and stuck it out and become one of the leading vendors at the night markets he was selling his pancakes at.

Five years ago he gave in to a “deep longing to return home” and moved back to Rarotonga to look after his parents.

Teau was a bit worried when he first came home, but with some encouragement from his family and friends, he set up Baby Pancakes operating out of a tent at different markets around the island.

Punanga Nui Market on a Saturday was where his pancakes really started to fly out the door and once locals got a taste for his delicious creations, his business started to take off.

Four months ago, Teau saved enough money to buy his own shack at the market, a real achievement and one he thanks his loyal local clientele for helping him with.

“Tourists are definitely a bonus but my main clientele are locals,” he said.

Baby Pancakes is open from Wednesday through to Saturday.

His motto is “making pancakes accessible to everyone”, by keeping his prices reasonable and offering a range of different options – including baby pancakes with maple and butter, or with blueberries or a crowd favourite, whipped cream.

Teau is already planning on diversifying his business and is selling his own homemade fresh mango juice.

Future plans “in the mixer” are waffle cone ice creams and his own spin on what’s known as a Danish Delight – a waffle cone served with ice cream, sweet syrups and to top it off, whipped cream.

“Anyone who is thinking about going out on their own, just do it. If you work hard and produce a quality product, people will keep coming back.”