Monday 4 September 2017 | Published in Hot on the Rock 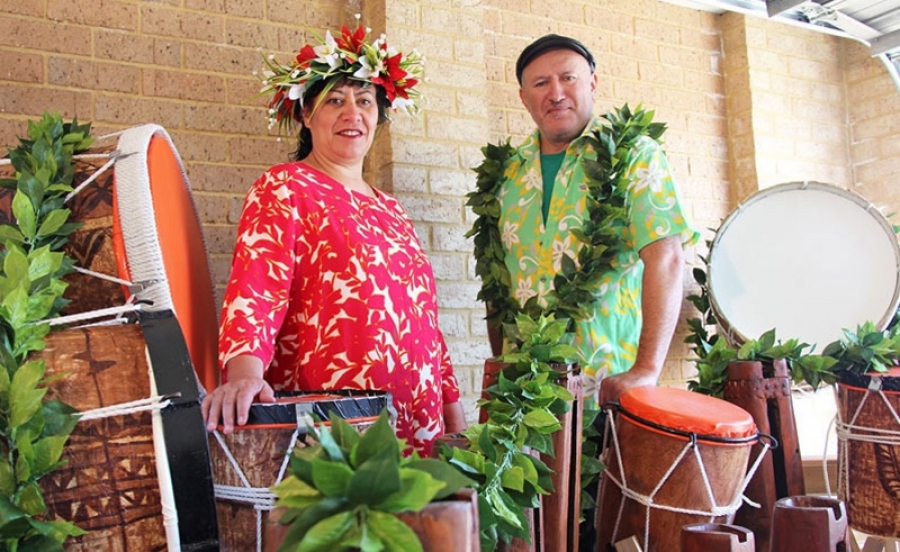 Rima and Miha Mitchell set up their gear for a performance overseas. 17083123

Two proud Cook Islanders have returned home after over 35 years of performing their family show on the international stage.

Miha and Rima Mitchell, the headliners in spectacular show group Nesian Mana, have spent a large part of their life living overseas, traveling around New Zealand and Australia playing in cities including Melbourne, Brisbane and Cairns.

“I’m a musician, a fulltime entertainer, and I mostly play the piano or keyboard. During our shows I handle all the music work,” Miha, who has been back on the island for three months, said.

The show he is referring to, Nesian Mana, draws from a number of Pacific and Polynesian cultures including Samoa, Tonga, Fiji, New Zealand, Hawaii, Tahiti, and of course the Cook Islands.

“There’s about 15 of us in our show group, which includes our four children Daniel, Rima Jr, Sophie and Lehi. All of the music work is me, the drumming is also me as well as a few people from the cast.

“(We present) a floor show and a band show. The floor show consists of dancing and singing, featuring the various Pacific cultures, and with the band we do contemporary music, like jazz, cha-cha and rock n roll.

“We added contemporary music to our performances, which is why they’re so full-on. So it’s more like an orchestra.”

The Mitchells always intended to return home, and with their children having married and moved out of the family home, they thought it would be a good time to do it.

Making their full-time transition back to Rarotonga a bit easier has been the fact that for the past seven years, they have returned to the island to perform.

This has meant that they have been able to establish connections on the island, and have been able to continue performing soon after returning to their homeland, though on a smaller scale to what they are used to.

“Our performances probably won’t be on the grand scale that we have done overseas, as we are downsizing a bit. But since we’ve been back we’ve been very lucky to have a lot of opportunities, as we’re playing four or five nights a week.

“We wanted to boost our potential with what we’ve done and what we can provide now that we’re home, in terms of formulating a new show group with lots of cultural diversity.

“We will incorporate the same styles that we used overseas. We want to diversify the performances and the dance styles here on the island and include other islands to become a Pacific show group, rather than just a Cook Island group. But the Cook Islands will always be our main focus, our main culture.

“Weddings are another of my specialties. Being a master of ceremonies, I know there are a lot of weddings here in the Cook Islands and I specialise in hosting them.

“I got into weddings out of curiosity. I first took up a few weddings about 30 years ago and I’ve been into it since then.

“We (basically) incorporate our show into the wedding itself.”