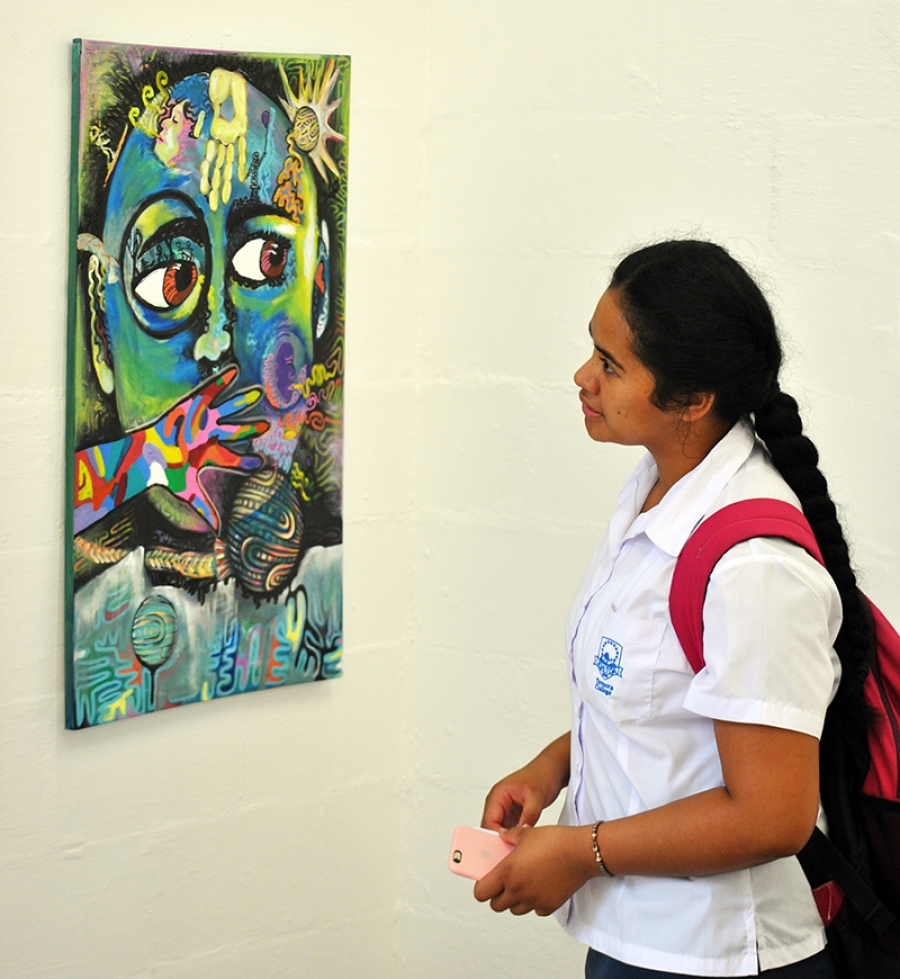 Tereora College students were treated to an exclusive preview of the Putahi Ono Kuki Airani fi nal exhibit, which began last night at the Bergman Gallery. 180525241.

A small group of year 12 Tereora College students, led by their teacher Charlotte Cousins, were treated to an early preview of last night’s Putahi Ono Kuki Airani exhibit. They drew inspiration from the pieces, which they could easily relate to.

The trip came about as a part of the 2018 Putahi Ono Kuki Airani art gathering. The exchange has seen several artists from around the Pacific, including five from the Cook Islands, gather together on Rarotonga to showcase their work.

The purpose of the gathering is to provide indigenous people with the opportunity to work on themes relating to their heritage, traditional art practices, and contemporary art.

The two-week programme began on May 11 and ended yesterday. Last night, all works created during the gathering were on show at the Bergman Gallery.

Model vaka, traditional weaponry, sculptures, and paintings filled the gallery, and the students seemed to be in awe of the impressive work that had been produced.