Art gathering worth all the hard work 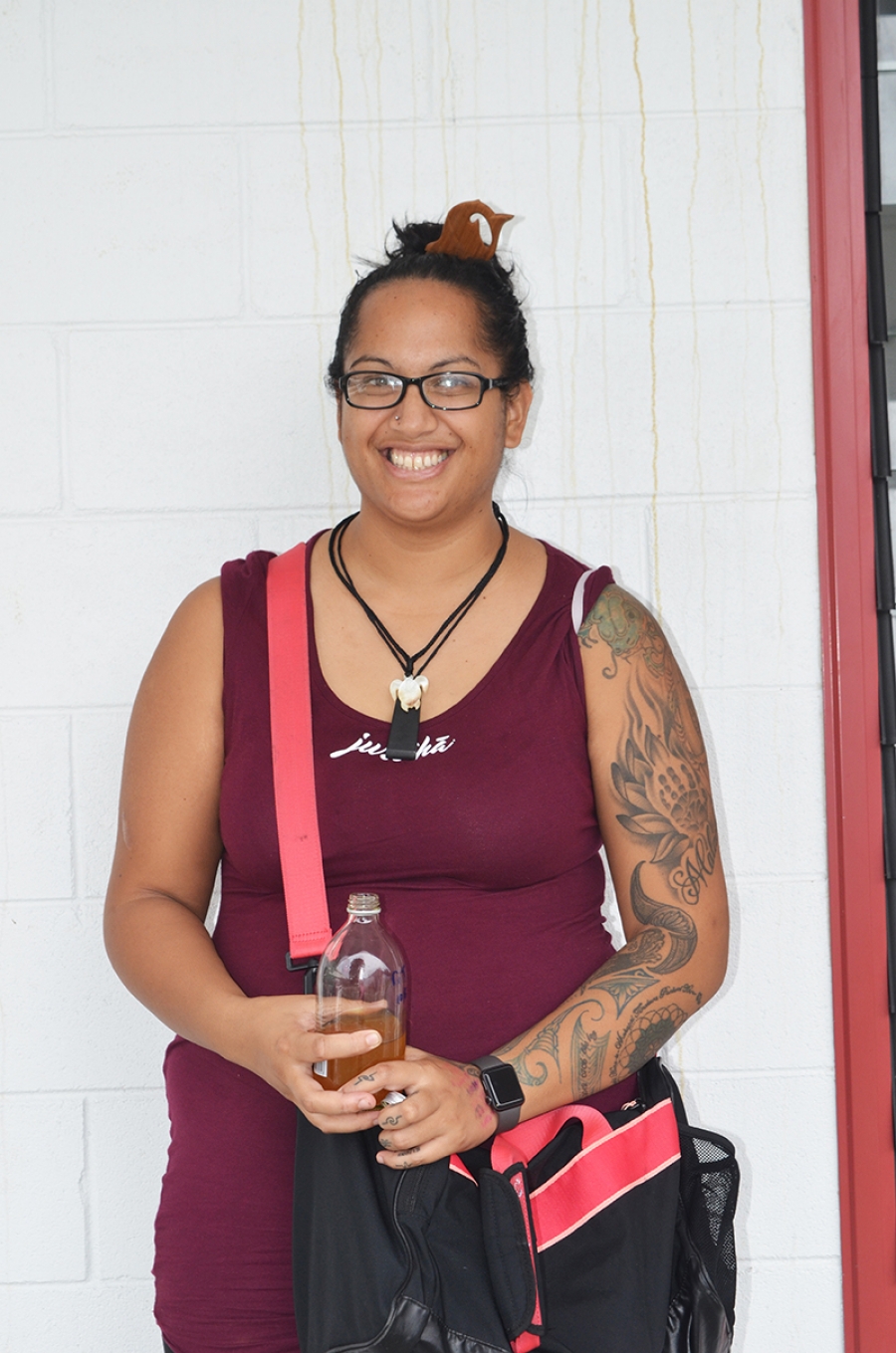 Stormy Kara pictured at this year's Putahi Ono Kuki Airani. Kara was one of the organisers of the event.

Co-organiser Stormy Kara says the “hard yards” put into this year’s Putahi Ono Kuki Airani art gathering have all been worth it.

While it’s the third such event she has attended, Kara says she never quite realised just how much work went into organising it.

“One of the reasons behind taking Shane (Andrew) to Tahiti last year was so he could see what was involved in the organising and running side of things, so that we could host this year.”

Despite sometimes running on “zero” hours of sleep, Kara reckons she has never been happier.

“I literally wake up every morning with a huge smile on my face, ready to take in what the next day brings.”

Raised in the Cook Islands before heading to New Zealand for her education, Kara said she is conscious of what messages she is passing on to the next generation of artists.

“In my day I was told that art was a hobby; when you told someone you wanted to be an artist the response back was usually, ‘okay but what will you do for a job?’”

“Slowly we see that attitude is changing with many now seeing that being an artist can be a way of life”.

Kara said one of her earliest memories with regard to being an artist, came when she was told off for having a messy room.

“My mum told my Uncle ‘T’ (Tetini Pekepo) to tell me off for having a messy room. He opened the door and noticed that the reason my room was messy was because I had drawings all over the place.

“I would do a drawing and leave it on the floor and move onto the next one, I think that was when Uncle T realised I was leaning towards my artistic side compared to my sisters who all preferred sports.”

After being taught by T in the art of tattooing, Kara moved back to New Zealand and began her journey into carving.

“I studied under Te Wananga o Aotearoa to obtain a Bachelor of Maori Visual Arts, majoring in whakairo.”

Now she’s in the midst of two weeks where she will learn about other Polynesian cultures and Kara says some of her closest friends are those she has met through Putahi.

Along with the other artists in the group, her work is now on display at the Bergman Gallery. It will be on show until Wednesday next week, and then all the artists will show what they have created at this year’s Putahi in a new exhibition to open next at the gallery on Friday, May 25.