Aiming to get people in top shape 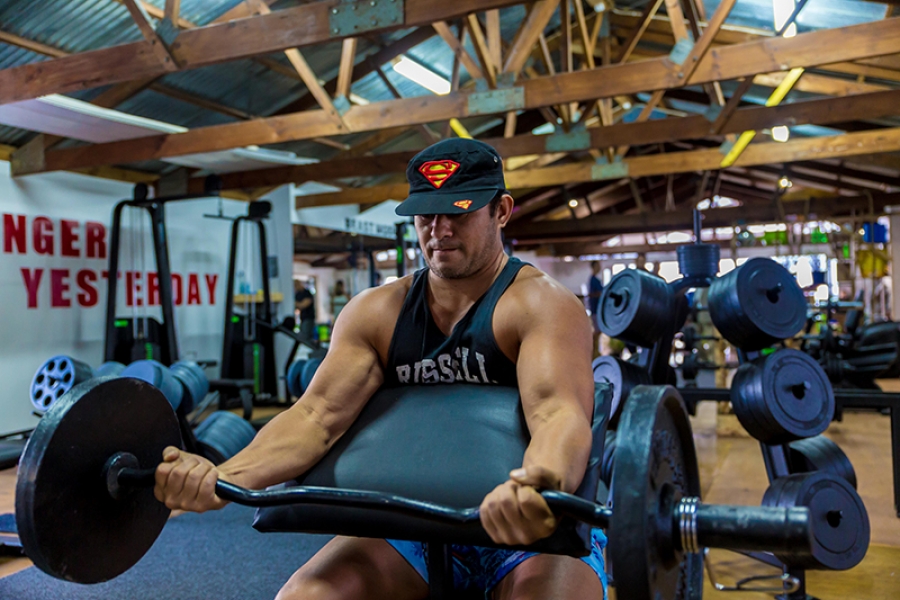 Top Shape welcomes from all backgrounds and experiences to their gym. PHOTO: Supplied. 17082541

A recently-opened gym in Tupapa aims to improve the life habits of its members as it teaches them the extraordinary benefits a gym can provide.

Tekao Herrmann, managing director of Top Shape Health and Fitness gym, wants to get as many people on the island as fit and healthy as possible, an ethos that stretches back to the late ’80s.

“Top Shape was opened in 1989 by then founders Mann and Sisi Short, as well as Felix Enoka, who are probably our most renowned bodybuilders,” Herrmann explained.

“They ran that for over 25 years and they did a whole heap of stuff outside of the gym, like aerobic classes, when that was still an early trend in the 80s, when people were still not really aware of it.

“Up until about five years ago they decided to focus on group fitness specifically Ura fitness, which is the island dancing, but in an exercise-type class which was for ladies only.”

This meant that the gym closed down and became the Staircase restaurant and bar, until Herrmann had the opportunity to bring the gym back to life. It was a challenge he took with both hands.

“We decided to stick with the name because it’s to acknowledge the years and years that the previous owners put in. It might have even been the first gym on the island. It deserves some respect, and it’s a cool name too.”

Herrmann doesn’t want Top Shape to just exist and generate revenue, he wants it to be a place where everyone can thrive, particularly those that are neglected in mainstream exercise.

“Non-communicable disease (NCD) patients are one target area, so they’d have a specific class to help them. Another group is our elderly, a group that is retired or semi-retired, we’d like to create a group for them,” Herrmann explains.

“Also young people, because obesity on the island is quite concerning. It stems from their eating habits, which aren’t always the best. You can instigate change, because they are still growing and learning and if we can instil the (right) habits now, by adulthood it will’ve stuck with them.”

Through the gym they have an affiliation with the International Federation of Bodybuilding (IFBB), which provides them with equipment in exchange for sending some local athletes to compete in the competitions.

“The two boys we’re sending, Eddie Brogan and Josh Goodrick have competed regionally over the last three or four years, so they’ll be going over to Sydney with our senior trainer, Joe Daniel to compete.”

The café was added to the gym, as Herrmann believes that proper nutrition might be as, or even more important than the actual training.

“It’s more about the food than just from the training. It’s easier to get people into training than to change their eating. Especially on the island because we love our food,” Herrmann laughs.

“And we aren’t going to be putting anything imported on the menu, just locally grown and sourced food.”

He wants the gym to be a place for beginners and experienced veterans, though he relishes the chance to help a new person see the benefits that training in a gym can bring.

“For me I enjoy having these sort of people because I want to help them out, I’d rather get more people in here that know nothing about the gym, and train them.

“Because these people soon learn about working out, it ticks all the boxes. They get more fit and healthy, more energetic, more active, more productive, more efficient.

“It’s an all-round improvement to your lifestyle.”