Why Stella is no chicken 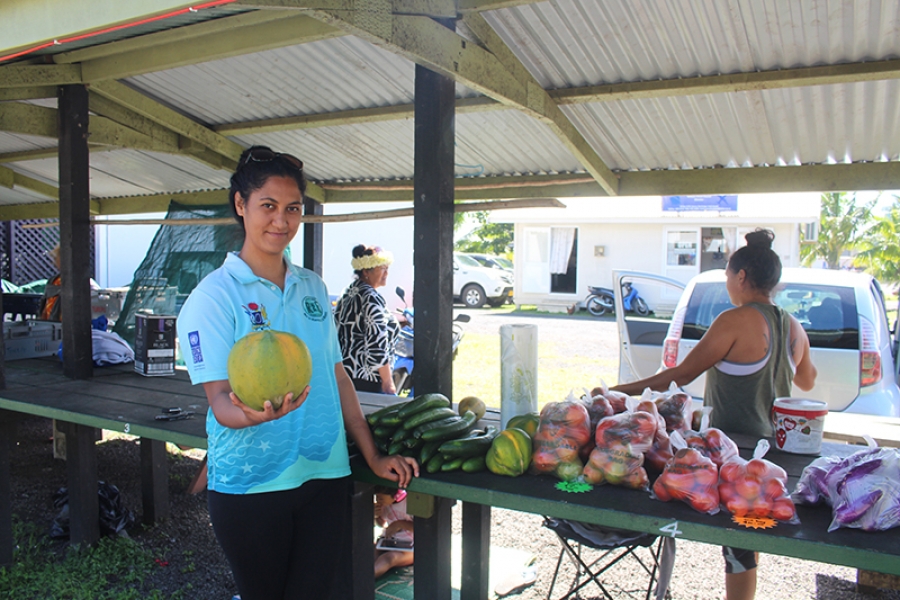 Stella Marsters at the Punanga Nui Markets browsing the local fruits for sale on week days. 19082763

“Once you change your diet, you will be able to lose weight…that will come naturally,” she says.

She has spoken out about quitting meat, ahead of a series of talks on healthy living and eating.

Barbara O'Neill, a qualified naturopath and nutritionist from Australia, is set to discuss simple ways to get healthy over a one week programme held at the Sinai hall.

The first community talk will be on Monday at 9am and, at 5pm, O’Neill will speak on nutrition and weight gain.

For Stella, growing up as part of the Seventh Day Adventists church, she was already used to restricting her diet by not eating pork and now she’s an island vegetarian.

Stella says it’s not just about becoming healthier but locals should be taking advantage of the land to grow crops.

“We live in a place where we can grow fresh fruits and vegetables ... we need to bring back local food.”

Born and raised on Rarotonga, Stella has seen the impacts of imported and processed food taking its toll on the people.

Stella herself remembers her favourite foods were corned beef and cans of tuna. “I used to love corned beef,” says Stella but not eating that can of goodness and fat was her first step.

Stella, now 24, has been working at the Ministry of Marine Resources as a lab technician and studied in the field of environmental science but the health of the Cook Islands nation has always been on her mind.

Despite being the only vegetarian in her immediate family, Stella prefers fruits straight from the tree for her breakfast and a good vegetable soup for dinner.

One important dietary choice she has made is that she doesn’t drink any fizzy drinks or processed juice. She will make a homemade smoothie or just drink water.

Typically, locals enjoy big kaikais and umu kais with plenty of meat and finding a vegetarian on the island is rare but Stella says any diet change away from processed foods will greatly benefit Cook Islanders who are still over indulging in packaged foods which are so easy to buy.