Secretary of Health flies to NZ to prepare to reopen border 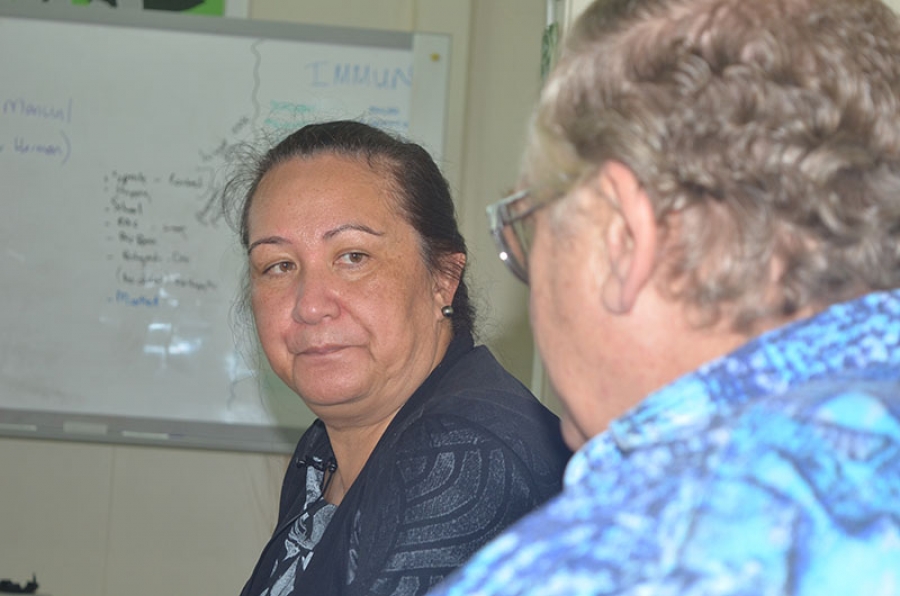 Twenty-two people checked in at the cordoned-off Rarotonga Airport yesterday for this week’s only flight to Auckland. Many were New Zealand and Australian expat workers, like SPCA manager Deb Ramage, returning home.

Then there was a seriously-ill man with his wife, as he was transferred to hospital in New Zealand.

And accompanying him, perhaps the most high-powered medical escort in the history of Cook Islands medical transfers: Secretary of Health Dr Josephine Herman, anaesthetist and intensive care specialist Dr Ted Hughes, and his technician Nick Webster.

At a time when the bubble around Cook Islands has allowed nobody in and few people out, the departure of the country’s two leading medical experts in the battle against Covid-19 was a strong statement about their confidence they were winning.

It had been long weeks and months of late nights for Dr Josephine Herman and her team at Te Marae Ora, fighting to keep Covid-19 from the door of this country.

Yesterday morning, she tearfully announced to them that with the declaration that Cook Islands is Covid-free, she and Hughes would be leaving for New Zealand.

“Fortunately we’ve managed to keep Covid-19 out of this country, and we don’t want to drop that guard,” she said.

“This wasn’t easy, we’re not out of the woods yet. And once that borders opens, that’s when Covid is going to potentially slip through, so we need to guard that quite fiercely.”

Hughes will return to his day-job at North Shore Hospital where anaesthetists and intensivists are critical to treating Covid-19 patients with respiratory difficulty.

Herman will work alongside northern region Covid response boss Dr Dale Bramley at Auckland Hospital, to broker further links between the two countries’ health systems, and to help with the Covid-19 response for Cook Islanders and other Pacific peoples.

Of 1422 coronavirus cases in New Zealand at last count, she said fewer than 10 were Cook Islanders.

There are many more Cook Islanders in New Zealand, though, who are healthy and well and desperate to return home – and that will be one of her priorities.

“They’re really missing home, and there are many families who will be hoping they can come home shortly,” she said.

“We know of some people on the other side who have been in isolation for quite a long period of time in the lockdown – up to four weeks – so there might be people who potentially could come here next week.”

If they returned, they would be isolated in a Rarotonga hotel for two weeks.

Dr Tereapii Uka will step up to lead the health response locally, while Herman is away for up to four weeks.

When she and Hughes return, she expects it will be to prepare to open the border to New Zealand tourists again – and she hopes that will occur within two or three months.

“You can’t lift that border control safely without understanding the context on the other side,” she said.

“We do have to lift our borders, we cannot live this way. We’re used to a particular way of life and the communication I’ve had with our Prime Minister and our Health Minister has always been straight-forward.

“We look after this country first and then our focus in health goes to the border.”