Pushing back at the stigma around our mental illness 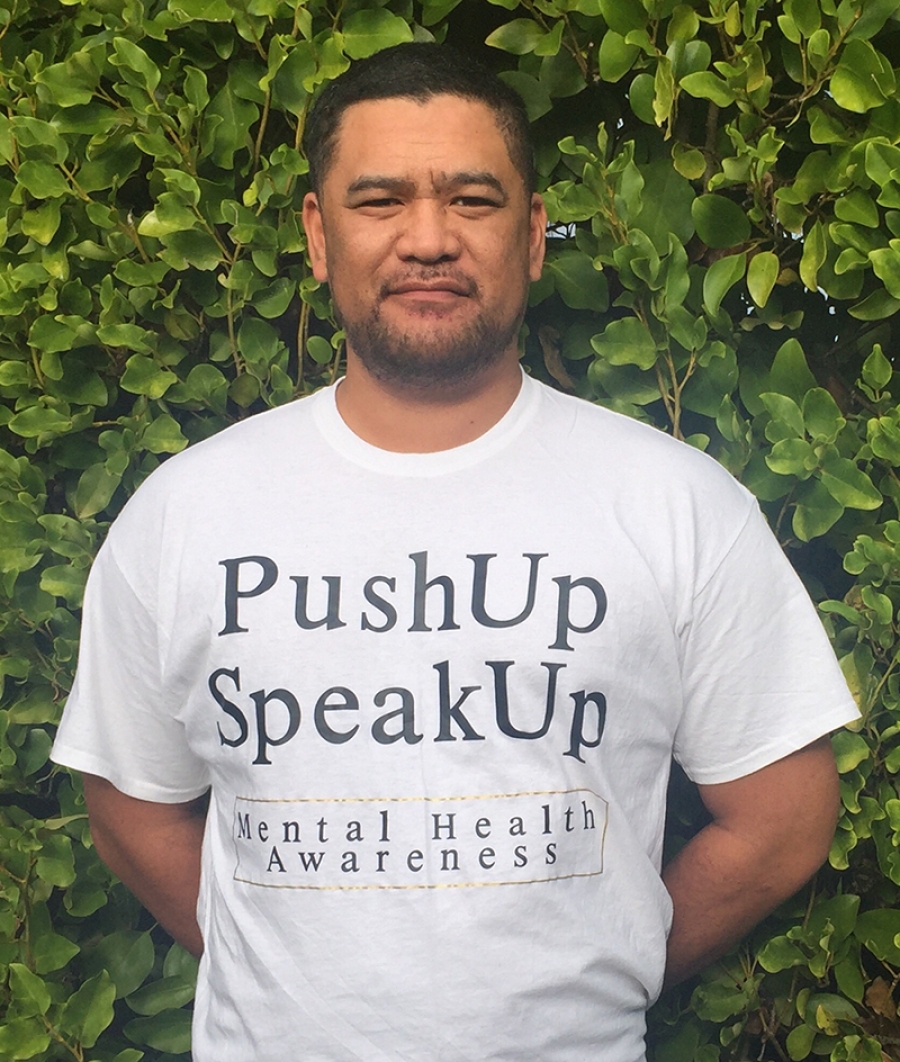 Brad Rakoia speaks out about Mental Health illness with the PushUp SpeakUp campaign. 20061901.

SPEAK UP: Brad Rakoia shares the journey through anxiety and depression that inspired his PushUp SpeakUp campaign.

Chances are you know plenty of people who have accepted the PushUp SpeakUp challenge on social media. It is a campaign that built on the Australian 25 push-ups challenge – but with a very real focus on speaking out about our mental health.

And the man behind it is a Cook Islander, New Zealand-based Brad Rakoia. He had taken part in the 25 push-ups campaign previously – but he wanted to be more proactive this year.

“From what I could see on social media, no one was really Speaking Up with any conviction or depth about mental health illnesses,” he says. “Everyone feels vulnerable about talking about their mental health problems.”

Rakoia is the son of Rosa Taringa and Aquila Rakoia from Tamarua, Mangaia. His grandfather is the late Papa Raututi Taringa MBE, from Ngati Raina in Titikaveka.

“I’ve witnessed many who are suffering in silence, and so I need to SpeakUp for them. They need a voice so I’ve put my hand up. They need to be heard so I am listening. I’m wanting to break that stigma and encourage others to SpeakUp.”

Rakoia began his own depression ordeal in his early 20s.

He was in a relationship that was in trouble; eventually he and his partner broke up. He took it really hard.

“I isolated myself for a very long time and started feeling depressed, I felt exhaustion, fatigue, anxiety, and had no appetite, just to name a few,” he says.

“I was unaware of what I was feeling and why I was feeling this way. Over those many years I found comfort through drugs and alcohol trying to numb my feelings and blanket my emotions.”

Rakoia fell heavily into drugs that contributed more to his anxiety and feelings of depression.

It not only stemmed from substance abuse but also financial pressure and working for the family business. “Like, what if I fail, the business might go under if I don’t perform.

“On top of that, me being a solo parent to my two daughters was daunting, but I have a new partner now who is supportive.”

For many years Rakoia experienced these emotions, but never really knew what it was. Mental health was a taboo, he says, that nobody talked about.

“The symptoms I felt was I always depressed, I had very little energy just doing simple tasks like getting up out of bed and having breakfast was difficult. And just being in a crowd of people, my mind was overwhelmed by the normal conversations of others.”

He sat in silence and suffered, unable to remove himself from the room.

For years, he persevered, unnoticed, until he started seeing a pattern. Prompted by former All Black John Kirwan’s depression adverts on television, Rakoia began to research mental health illnesses online.

“I discovered the feelings that I was experiencing related to a lot of mental health issues; different mental illnesses, similar symptoms. Not long after that I started to become aware of what I was dealing with, with my mental health issues – it was the light bulb moment.”

“All of a sudden everything started to make sense like I was having an epiphany. That was the beginning of mental health awareness for me.”

He knows that people go through turmoil when they are unsure of their emotions and don’t want to bother others.

“The steps I took to get to where I am now is the same path many want to stride, but they can’t in fear of judgement or the simple fact that no one understands their feelings and no one wants to listen to ‘poor me’.”

This right here is the stigma that affects so many who suffer in silence, he says.

“The stigma plagues societies everywhere and has unfortunately forced many afflicted people to be ashamed to speak up about their mental health problems.”

The idea of the PushUp SpeakUp video campaign was to produce raw unscripted footage of him openly discussing topics centered on mental health illnesses.

“I decided that I was no longer going to let my vulnerability get in my way, so I announced through my videos that I deal with anxiety on a daily basis.”

Taking this step was terrifying for him; putting himself out there on social media to the world; but he felt it was proactive and affective.

“I learnt not to be ashamed to admit that, and my honesty has appealed to many others who suffer in silence.”

He still deals with anxiety every day, and admits it is terrifying.

But his courage has seen a number of people reach out and support his cause.

Myra Moller, an extreme cyclist, has shown her support by sharing his videos. “She has been a great advisor.”

Journalist Florence Syme-Buchanan is also backing his campaign. “We are aware of the high suicide rate amongst our youth in the Cook Islands and there is very little support for those that suffer mental health and illness – these issues need to be addressed,” Rakoia says.

He has supporters from the southernmost end of New Zealand to the northernmost tip of Australia.

Rakoia encourages people who have a mental health issues to: exercise for minimum 20 minutes a day – this gets fresh oxygen to the brain, gets blood circulating through the body and releases natural endorphins.

And they should practice deep breathing from the diaphragm, allowing more fresh oxygen to circulate the body.

Most of all, he say says, it’s important to let someone know what you are feeling.

“Harbouring your feelings can be detrimental to your mental and physical health; almost to the point that if you don’t deal with those feelings immediately and seek help, the consequences can be life threatening.”

“Those feelings of depression or anxiety or suicide are more common than you might think.

“So don’t feel belittled that you might be bothering someone with the plea that ‘I need help’. It’s okay to reach out.

“Mental illness is like physical illness; it shouldn’t be treated any different.”

“I’m in a better head space nowadays. I still deal with the monster in the room from time to time – but I have tools to manage.”