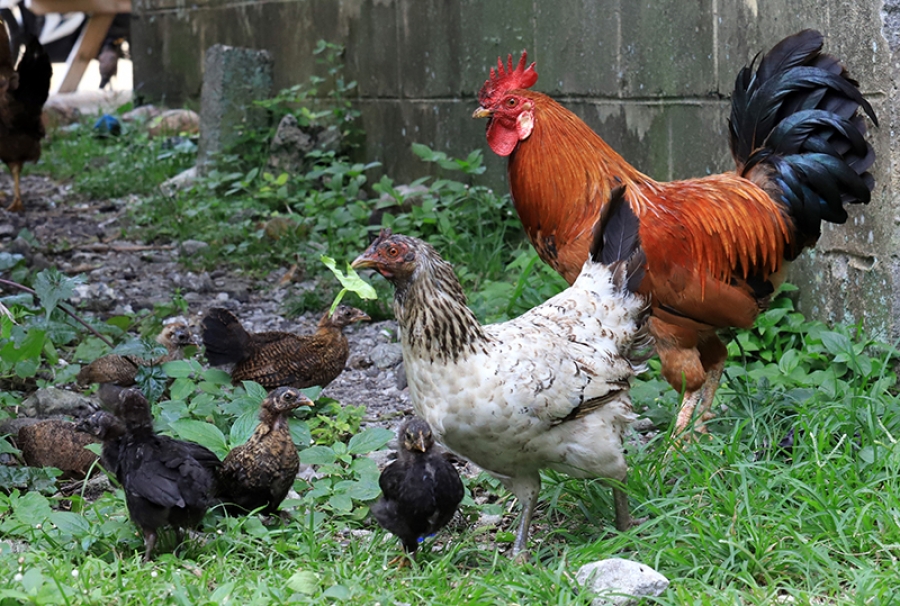 Rarotonga's chickens are a particularly hardy breed, a study has found. 18012812

The ministry of agriculture is awaiting the final outcome of a study of island chickens and their potential for use as a food source.

The study, involving the ministry of agriculture and the Secretariat of the Pacific Community, began in April 2016.

It looked at the genetics of local chicken species and suggested farming as a way to ensure that the genetic lineage continued.

The original study was to involve Niue, Fiji and Samoa, but after Samoa failed to submit their study, the opportunity was extended to the Cook Islands.

“One reason we were particularly interested in the project was so that we could compare our chickens here (on Rarotonga) to those on the outer islands,” says Ministry of Agriculture director of livestock Tiria Rere.

Rere says the early vaka that travelled through the Pacific usually had chickens aboard. “That’s how they spread and we thought it would be interesting to see if they are all still the same, or if they have adapted.”

The study established that Rarotonga’s chickens are a hardy breed and the birds have adapted resiliently to the climate and to climate change.

The breed is called “Moa”, and Rere says there are two sub-species on the island – the regular backyard chicken and the wild mountain variety.

“They (the wild chickens) are smaller and can fly, but it’s sometimes hard to spot them as they live up in the trees and are good at hiding.”

The Ministry of Agriculture looked into the idea of farming the backyard variety, as suggested by the study.

“But we’ve got them running around all over the island so there wasn’t the need to ‘conserve’ them as such,” says Rere.

With no fear of the species dying out, he says Rarotonga’s chicken population is doing the opposite.

“It is increasing and one problem associated with that is that they eat marketable crops. We’ve had to distribute netting for some farmers to protect their produce.”

One solution to the problem is to eat the chickens – and they’re not as tough as they may look, he says.

“They are good eating. They are free-range and organic: I definitely prefer local chicken.

“But the problem is people are getting busier. The new generation especially may be losing the art of preparing them.

“I learned how to prepare chicken when I was young, from my family.

I would encourage people to use the local birds that are wandering around. It’s an amazing food source.

Eating them would help protect the crops and would keep the population in check.”

Rere also hopes someone might look at local chickens from a business perspective at some point.

“It would just take one person or one group to get something started.

I also remember people used to take the cooked chicken meat to the market. It always went fast,” he says.

“The project has now ended and we are waiting for the results, which should be out in the not-too-distant future.”