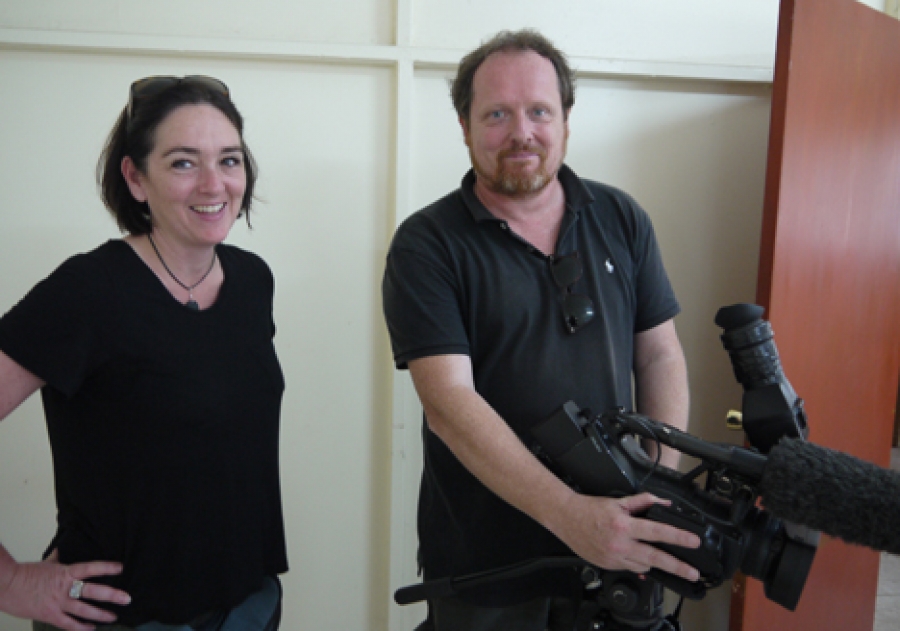 Video Producer Sue Price (left) and Director Declan McCormack (right) are currently in the Cook Islands, where they are filming two videos on food safety and nutrition-related issues. 14081323

An overseas film crew is currently in the Cook Islands to produce two films on food and nutrition for the United Nations.

Video Producer Sue Price and Director Declan McCormack, both based out of the United Kingdom, have been contracted by the UN to produce the videos, one of which focuses on international food standards from a Pacific Islands perspective.

The video will look at the Cook Islands and the Codex Alimentarius – a set of international food standards, guidelines and codes of practice established by the UN Food and Agriculture Organisation (FAO) and the World Health Organisation in the early 1960’s to protect the health of consumers and ensure fair practices in food trade.

McCormack said the Codex Alimentarius Commission expressed an interest in the Pacific region, and after corresponding with local Director of Biosecurity Ngatoko Ngatoko, the Cook Islands was decided as a suitable location to explore the topic.

A second video hopes to draw attention to the nutritional challenges in the Cook Islands, with a particular focus on non-communicable diseases.

The two hope to have the video screened at an upcoming regional meeting in Samoa later this year.

So far during their visit, McCormack and Price paid visits to a number of sites and officials, including the offices of the Business, Trade, and Investment Board, local growers, Minister of Agriculture Kiriau Turepu, and Minister of Health Nandi Glassie.

Next week, they will be travelling to Aitutaki, where they will look at the local fishing industry.

“We wanted to go somewhere and get another perspective, and look at the demands and challenges of accessing the domestic market,” said McCormick.

Trips have also been planned to visit local cooks, the Ministry of Marine Resources, fishers, and health officials.

Work aside, the two said they are deeply impressed with Rarotonga – minus the cost of some of the food.

“The food is great. You can eat well ... but it’s expensive,” added Price.

The two filmmakers – who have previously worked in India, Uganda, and Spain – wrap up their work on August 20, when they will return to the UK and begin the editing process.