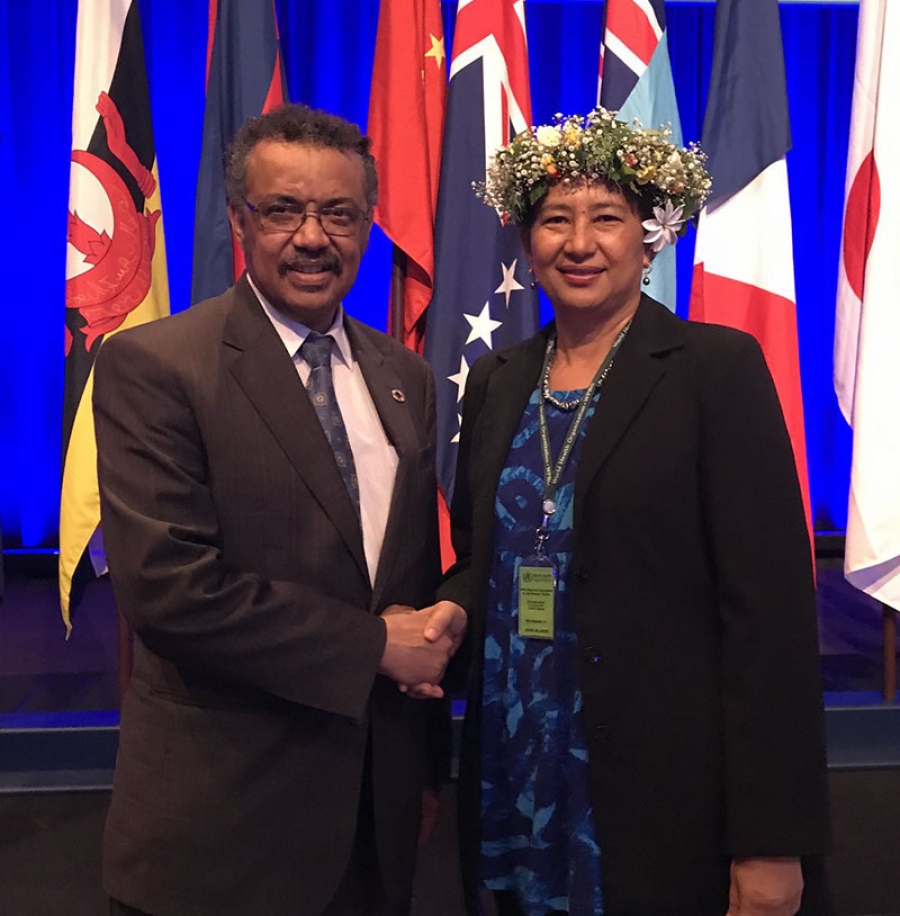 Elizabeth Iro is half a world away from home dealing with the most serious health crisis of our time, but now she is making an impact staving off Covid-19 in the Cook Islands and on a global scale.

“Island style” – that’s how this country is fighting coronavirus and now, thanks to one of the country’s most distinguished health leaders, that reputation is going round the world.

In a tweet, she commends Te Marae Ora for its innovation of flags at the bottom of the driveway, to raise awareness of Covid and the vulnerability of those inside the gates. “Well done,” she adds.

Now, Iro has been hailed by the international body’s leader for her contribution to the work to suppress the fast-spreading virus.

The Organization’s Director-General Dr Tedros Ghebreyesus, who is no stranger to discrimination, has spoken to his daily press briefing about the dangers of stigma.

He said he faced huge amounts of flak for choosing somebody from such a small and remote country.

“People started ridiculing me as to why I picked somebody from a country that had a population of 10,000 to 11,000 for the entire world,” Ghebreyesus said.

“I was saddened by their arrogance. I picked her up because of her talent.”

Ghebreyesus used World Health Day to acknowledge the work of his chief nursing officer, the first from the Cook Islands and of Pacific descent.

“As we all know, the world is in the grip of the most serious health crisis of our time. The Covid-19 pandemic is reminding us of the vital role nurse and midwives play.”

Iro clocked up more than 30 years working in the public health sector in both Cook Islands and New Zealand.

She was instrumental in drafting the Cook Islands National Health Strategic Plan 2017-2021 and implementing health reforms to strengthen the country’s health system, prior to taking her World Health Organization post.

But those who know her say she remains humble and focused on the mammoth task at hand – one of the many reasons why people at home and around the world are proud of her achievements.

When she spoke to a group at Tereora College during a visit back to Rarotonga, she left students awestruck and inspired.

Not only had she managed to juggle her time as a midwife and nurse with motherhood and a young family, by doing so she set an example for future generations of Cook Islands women.

Cook Islands Red Cross secretary general Fine Tu’itupou-Arnold spent time with Iro in Geneva last month. It was a nice dinner organised by Iro with a group of “Kukis” to spend time together.

Iro’s professional contribution was impressive, Tu’itupou-Arnold said, in one of the biggest jobs in the world right now.