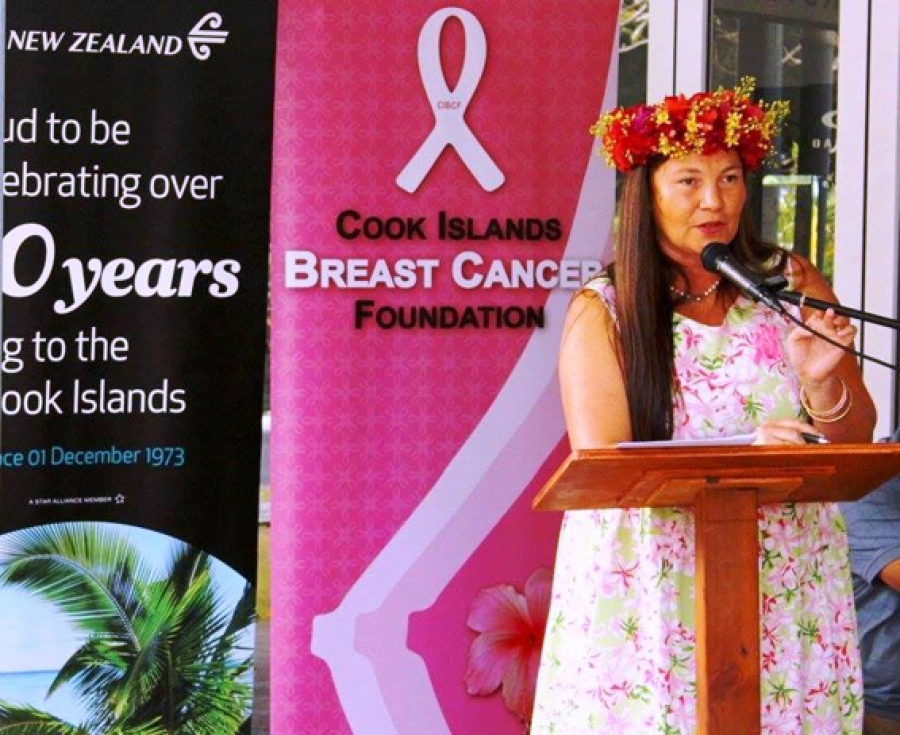 For the last seven years Cook Islands women have had the opportunity to have specialist breast cancer checks without having to leave the country.

And that’s a big plus for residents of this country, says Cook Islands Breast Cancer Foundation president, Jaewynn McKay.

Speaking at the foundation’s annual general meeting earlier this week, McKay said the Breast Cancer Foundation encouraged women over the age of 40 or who came from families with a history of breast cancer to take advantage of the services it offered.

Since 2009 the foundation had funded air travel for women from the Southern Cooks to come to Rarotonga for mammogram checks.

“To date over 70 women have been able to fly here as a result of the foundation’s financial support.”

Last year the foundation, together with the 50th celebrations committee called on local designers and would-be designers to craft designs for t-shirts and singlets to commemorate the year’s annual breast cancer appeal.The competition was open to anyone, but it had to incorporate both the CI Breast Cancer Foundation logo and the 50th celebrations logo.

McKay said a special moment last year had been an approach from Rangi Mitaera requesting an event to be held in Manihiki to raise breast cancer awareness and draw attention to the importance of having regular mammograms.

“Supporting an event like this was a no-brainer. The foundation’s resources do not allow us to travel to Pa Enua, so being able to work with local ‘champions’ is ideal.

“Rangi’s mother was a breast cancer victim and was looked after till she passed away and so she wanted to get her island moving on this issue, and with a personal mission and passion she wanted to make women aware and be prepared to share the issues they faced each day.”

McKay said the idea of a holding a “pink” tea party on the island was organised as a means of raising awareness about breast cancer.

“As a result women are talking about it and encouraging each other, Rangi didn’t set out to be a ‘champ’ but that how I see her, and we all need champions.”

McKay also paid tribute to patron Helen Henry and the foundation executives for their energy, support and enthusiasm and to Health secretary Liz Iro, Dr May Aung, Dr Neti Herman, Karen Tairea, Rangi Tairi, Ringi Tuimutoa and all the staff at Rarotonga Hospital.

She also congratulated Health minister Nandie Glassie for overseeing much-needed renovations at the hospital and improvements to the facilities where breast screening took place this year.