The fight against NCDs 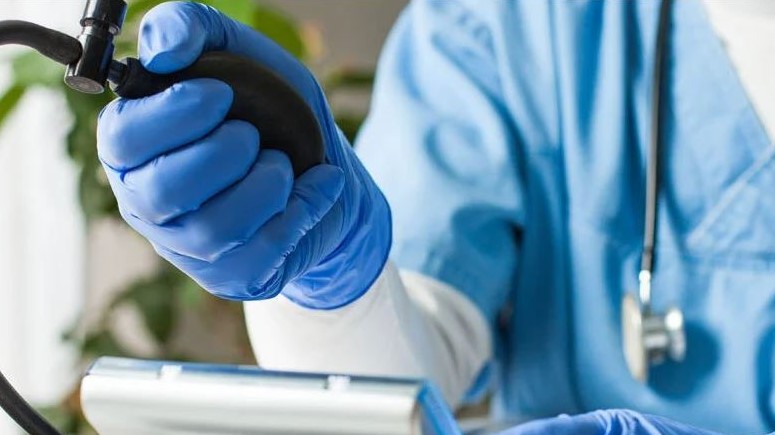 The Cook Islands is facing another health crisis on top of the Covid-19 pandemic, with nearly half of its adult population affected by some form of Non-Communicable Disease (NCD).

It all starts with an extra 10 minutes of exercise a day. That’s the message from the workers for Te Marae Ora (TMO) Ministry of Health, who were administering free health checks on Wednesday.

Health promotion manager Apii Tumutoa, who assumed his role about two weeks ago, says curbing the rate of NCDs would be the focus for TMO over the next five years.

“We want people to make the change now, it only takes 10 minutes of extra activity each day to combat some of the health issues that lead to NCDs,” says Tumutoa.

“What we’ve discovered is that NCDs affect all government departments. Everyone wants to get involved in the fight. It needs to start with people getting health checked, the next stage is pointing people in the right direction. We are facing a big challenge.”

Te Marae Ora will be focusing on schools over the next few months.

Tumutoa says: “It is important to start with the schools. We need to get our new generation lined up to a better and healthier future. We need our young leaders to start setting the example for everyone else.”

“We need to come into the classes with the health perspective. We want our children to understand what it is to eat well. The majority of our school kids don’t know what they can actually eat that’s not from the supermarket. Many of them wouldn’t eat enough fruit and vegetables.”

In Rarotonga during 2019 and 2020, TMO conducted a NCD screening survey, and tentative results identified a total of 2805 females (which is 51 per cent) from the age groups of 15 – 64 years, were diagnosed with stroke, heart disease, cancer and diabetes, while a total of 2695 males (which is 49 per cent) from the same age groups were also diagnosed with NCDs.

The figures don’t surprise health promotion officer Tania John, who suspects the number has increased further during the Covid-19 pandemic.

“People are spending a lot more time at home not exercising, particularly if they’re in isolation or quarantine,” John says.

“People are eating worse. More and more people are just going to fast food for convenience.”

John admits it is a challenge to change people’s behaviour.

“We can’t change people overnight, but we can make them aware. That’s where the health checks become so important,” she says.

“The more people we can make aware of their health, the better.”

John says much of her work involves preparing strategies to assist with those who are affected by NCDs. Often patients are simply unaware until they get checked.

“You do get some people who get shocked into making a change,” John says.

“It starts with slight things, and then they can move onto other changes in their life.”

Cook Islands Director of Public Health Doctor Tereapii Uka says it was important to reach out to as many in the community as possible.

“It’s tough at the moment. A lot of the people we need to reach are currently in isolation or quarantine,” Uka says.

“But we also need to get all the stakeholders onboard.”

“A lot of people are drinking too much, or consuming too much sugar or have a high salt intake,” he says.

“Some people simply haven’t made the right decisions.”

The high rate of NCDs has led to quite a large number of Cook Islands patients being referred to New Zealand simply because TMO doesn’t have the resources.

Uka agrees the best idea is to start with the children when it comes to offering advice.

“We need to get the message out to our teachers,” Uka says.

“We need to focus on our children, there needs to be a lot of emphasis on being active and eating well. We need to accept that this is a crisis.”

“They get out of the habit of being active, and lose themselves. Some turn into couch potatoes,” George says.

“For many, there’s a downward trend when they’re not practicing for the weekend game.”

People’s eating habits also have a major impact on the men’s health crisis.

“People are eating themselves to death or to the point where they’re in a wheelchair. It’s pretty serious,” George says.

“We Cook Islanders have got a thing about eating too much.”

George says the best way to keep on top of your health is to regularly get checkups.

“It’s amazing. A lot of people simply don’t know they have health issues until they visit a doctor,” he says.

“You can’t really judge a book by its cover. But the sooner things are detected, the better. The good news is that many of these illnesses are curable, as long as they’re detected early.”

“You don’t have to run a mile every day, you just need to get outside and go for a walk for 10 or 20 minutes, or do outside chores or something to keep you active,” he says.

George says it was particularly important for people to keep healthy in the Cook Islands as it was such a close-knit community.

“Everyone knows everyone here, so we have a duty to keep healthy,” he says.