Reminiscing about Manihiki, the Islands of Pearls 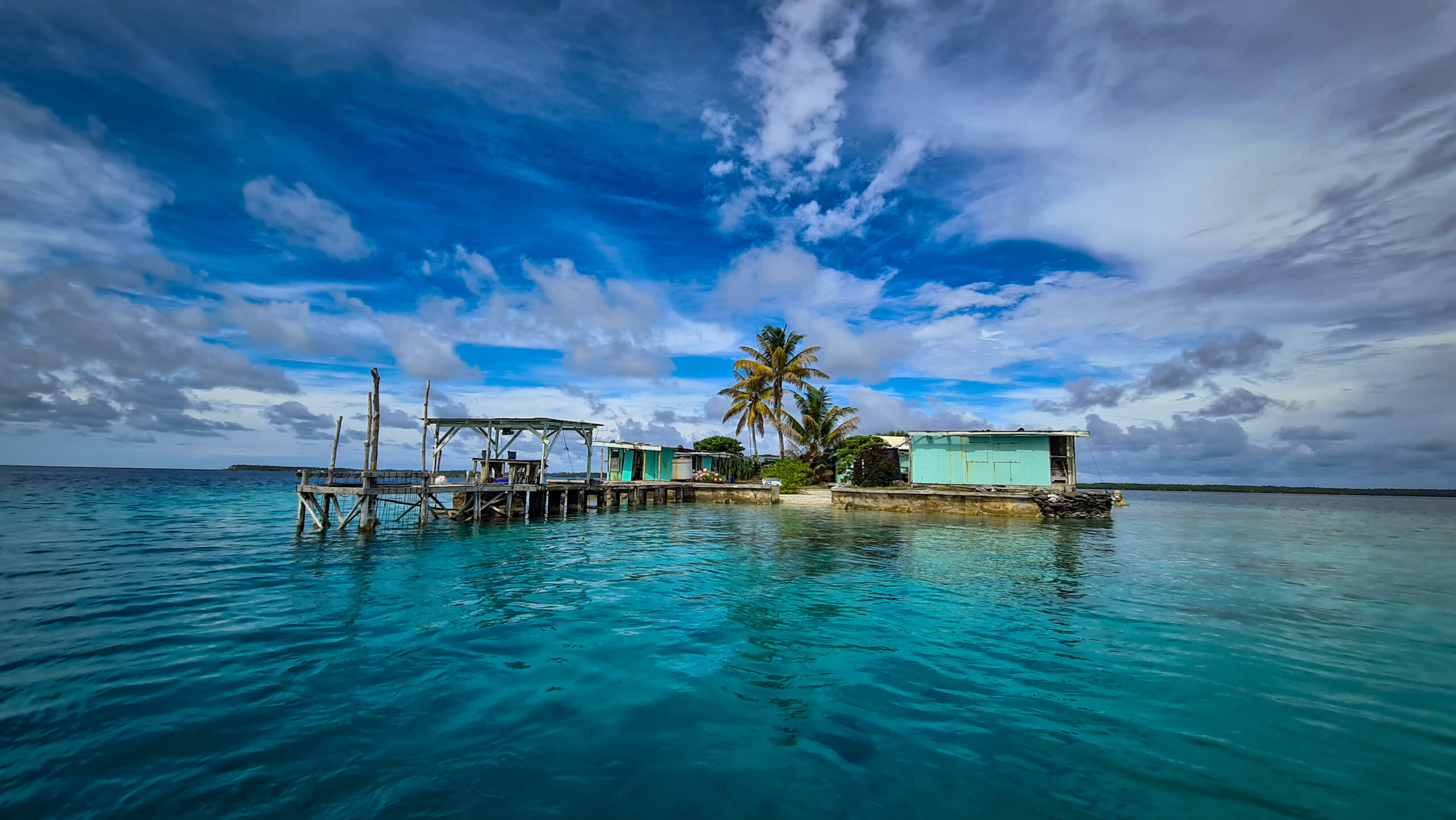 Those who’ve had a chance to visit Manihiki begin dreaming about returning as soon as they leave. But for Manihikians who leave their island home for opportunities abroad, returning is sometimes an obligation.

Trainee Samson was undeterred by the devastating cyclone that wiped out his village of Tukao in Manihiki.

Shortly after Cyclone Martin – a catastrophic storm that killed 19 people in 1997 and flattened much of the island with waves higher than coconut trees – he had a dream where he was conversing with God.

In his dream, he was told by the Almighty that destruction can and will strike anywhere. There was no reason to fear his island any more than the other corners of the earth.

So despite the carnage and trauma caused by the storm, he returned.

And over the course of about 25 years, Samson has become a prominent community leader in many aspects of Manihikian life, as well as a host to some of the few travellers who have the chance to visit this remote and beautiful outpost of human civilisation In 2021, Manihiki remains a remote and isolated atoll in the South Pacific. Getting there from Rarotonga requires about four hours of flight time aboard a small turboprop aircraft – but less than that if you’re lucky to travel on Air Rarotonga’s 8-seat jet.

The flight schedule is patchy at best, even without a pandemic raging in the outside world.

For travellers looking for isolation and beauty, Manihiki – informally known as the Islands of Pearls – should rank at the top of any travel bucket list.

And beginning late last year in a push to promote domestic travel, local company Turama Pacific Travel began offering a guided five-day tour to the islands of Pukapuka, Manihiki, and Penrhyn. On one of those tours, Cook Islands News was offered a seat, giving this writer the opportunity of a lifetime.

Just over 1200 kilometres away from Rarotonga, Manihiki lies at the far north of the Cook Islands. Most of its land is only several metres above sea level and land is scarce for agriculture, but fish and marine life are abundant.

It is the island’s lagoon that often leaves visitors in awe. Dotted with 25 small coral heads, many of them have been used to erect small structures known as kaoa, which are used to cultivate the renowned black pearls Manihiki is famous for.

I sat for a chat with 60-year-old Samson at his small pearl cultivating laboratory on an overcast morning, and the absence of sunshine failed to dim the glow of the lagoon.

Sitting on two plastic chairs a few metres from the water, he told me his story.

He was born in 1960 in the village of Tukao, and in his late teens he had landed a job as an officer with Cook Islands Police in Rarotonga before heading to the bright lights of Aotearoa.

“I liked the life in New Zealand. I was single at the time, staying with my girlfriend. Our life was good. I was young, I was fit,” he says.

“But the reason I came back was because of my father. He was about to pass away and he asked me to come back. He rung me up, and he wanted me to come up to show us our land, and what was here for us.”

So after eight years in New Zealand, working day and night, he packed his bags and headed home. But it was meant to be a temporary visit before heading back south.

Upon arriving, his ailing father had a message. “My father told me ‘You have to bury me before you leave, but part of your responsibility is to look after the land, the family’.”

“After arriving, I changed my mind. I said, I’d rather stay here. As visitors easily lured by the charms of a tropical paradise, Samson’s decision was an obvious one.

Our small group of travellers had two days and two nights to marvel in what Manihiki has to offer.

In between bouts of eating fresh fish, kuru (breadfruit) chips, poke, paua curry, and seafood cooked on a wood fire, we spent much of our time exploring the land, swimming, and snorkelling in warm crystal-clear water.

It’s a slow rhythm of life that caters to a particular type of traveller who doesn’t need hype, and it’s easy to get lured in.

By 1988, Samson had started farming black pearls. The industry was booming, bringing in millions to a small island in a region where economic development is a perpetual challenge.

Less than a decade later, disaster struck with Cyclone Martin.

“I thought my house was going to fall down, but in the morning it was still standing. All the houses next door had fallen down,” he says. “It was a big wave.”

Luckily, his father by this time was in New Zealand on a medical referral, but with much of Manihiki in ruins, Samson and his family fled to Rarotonga. That was when he had his dream.

“I rang my Mrs, I changed my mind, I told her we’ll all be going back to Manihiki,” he says.

With the help of a bank loan, Samson began to rebuild. He bought a generator, some petrol, a boat motor, material to rebuild his pearl farm, and headed back north.

Since having that dream and making the fateful decision to return, he has thrived in the land of his birth.

In 2002, he was ordained as a pastor with the Cook Islands Christian Church, followed by his investiture as an Ariki of Tukao in 2006.

In 2019, he received a Justice of the Peace warrant, and last year he was voted in as a member of the island council for his village.

“These were the four things that God awarded me with. It was part of my calling to come back,” he says.

During our stay, members of our travel group took a motorboat to a kaoa to spend a sunny afternoon eating and swimming.

I struck up a conversation with Haumata Tepania, a resident of Tauhunu village, as she was preparing paua for our lunch. As the mother of three daughters, she told me her eldest was currently in Rarotonga studying.

Curious, I asked her what her long-term career plans were.

“I explained to her, go to school, study hard, get a good career,” she said. “Then come back and serve the people. That’s all I want from her. Think about the future.” Later that day, I checked into a small guesthouse in Tukao that Samson operates with his wife. It consists of two humble rooms above his black pearl cultivating laboratory, with a million dollar view overlooking beautiful Tukao bay.

Because of its isolation, tourism in Manihiki is largely underdeveloped and accommodation is scarce.

But there are plans to seal the airport’s crushed coral runway, which would allow larger aircraft to land and potentially decrease airfares.

And there are also plans to turn underused kaoa into mini-holiday home escapes. If that vision comes to fruition, it will be hard to find a more unique and exclusive homestay experience anywhere in the world.

But whatever may happen in the future, the people of Manihiki – devoted and committed to their atoll – will be ready to welcome visitors to their majestic island.