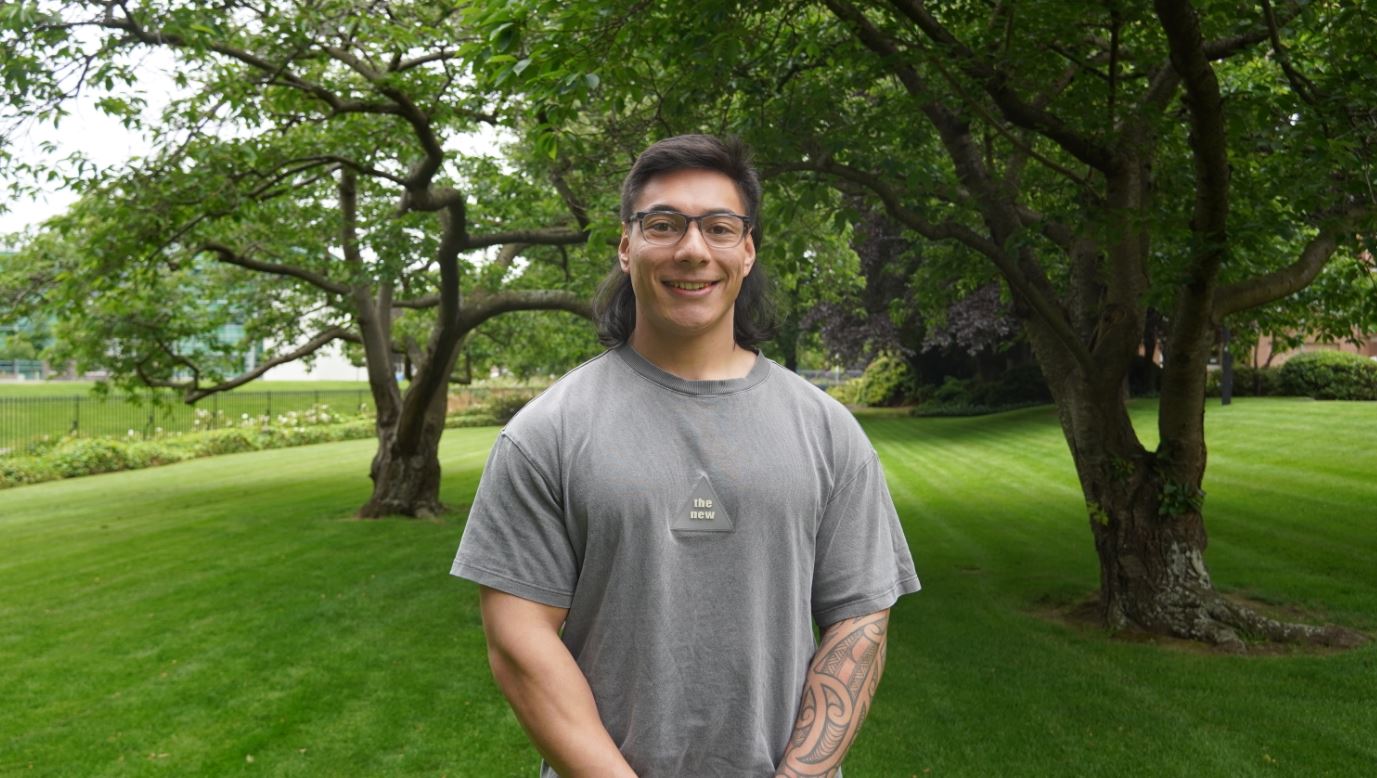 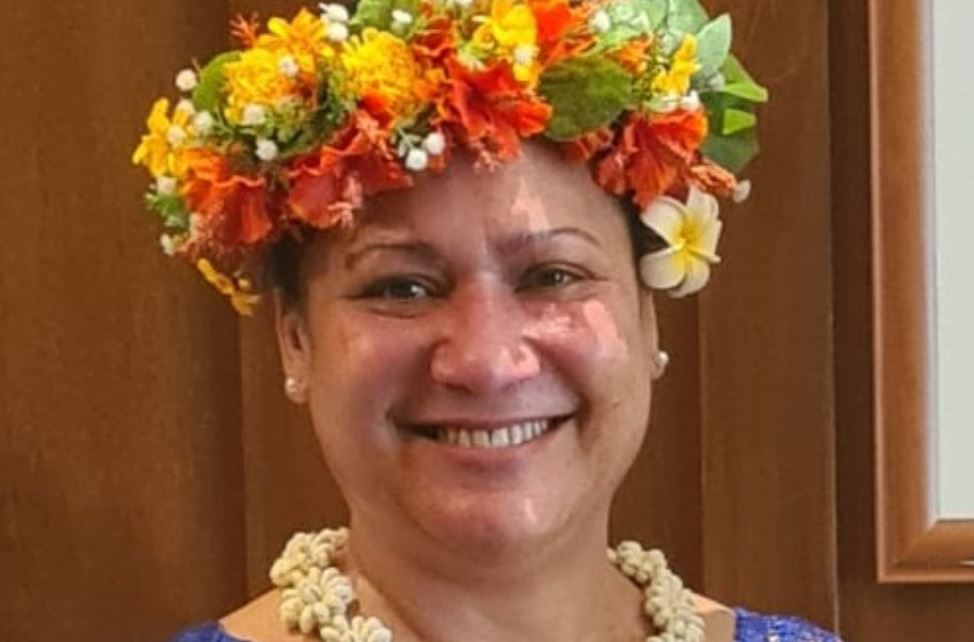 Theresa Gattung, ex-CEO of NZ Telecom, will be speaking at Crown Beach tonight to a packed house of people who paid $100 for a ticket. So what made a woman who has been named one of 50 most powerful women in the world want to speak in Rarotonga to raise funds for Te Vaerua? &ldquo;It […]

The Aitutaki community will be conducting their annual programme celebrating &lsquo;Clean up the World&rsquo; starting yesterday and continuing through to next week. And it won&rsquo;t just be about picking up rubbish! Araura College has planned a number of fun activities for the school, with prizes sponsored by the National Environment Service as well as CITC […]

Eleven Aitutaki fishermen were expected to receive their Boat Masters Certificate yesterday. Boat masters course tutor Stephen Simpson of the Cook Islands Maritime Training Centre on Rarotonga has spent the past two weeks on Aitutaki delivering the course to local fishermen. Simpson says the course he is teaching the fishermen is one specifically developed by […]

Cooks filmed for The Blue Continent

A British film crew on a whistle-stop tour of the South Pacific is in the Cook Islands. They are filming a five-part series called The Blue Continent being made for the UK&rsquo;s Travel Channel. The series examines what the Islands of the South Pacific have to offer by exploring the culture of the people and […]

The Ngatangiia/Matavera Rugby Union is holding the Flying Dragons Las Vegas Casino Night tonight at 7.30pm at the club house. Some of the great games on offer include Texas hold&rsquo;em poker, roulette, king of the pool table, spin the wheel, racing and bulls-eye darts. Tickets are available at Flying Dragons games or at the door […]

The upcoming Shapeshifter show was all but sold out the minute tickets went on sale. One of New Zealand&rsquo;s most popular bands, Shapeshifter is taking the island by storm, arriving on a specially-chartered flight on Monday. Nick Henry of 88FM said that as of press time yesterday, he had 50 tickets left. He had ordered […]

Hundreds of eager youngsters scampered around the deck of the tall ship Picton Castle this week as the vessel played host to young and old alike. The crew has hosted school children from Avatea, Avarua and Nikao Maori aboard the 180ft ship, giving them tours and letting them grab the wheel. It was part of […]

The Sixty Plus group are focusing on putting together a book of Cook Islands recipes, and are appealing for contributions. The group celebrated its third birthday last week with a lunch at Cafe Ariki which was attended by around 40 people. Since it started, the group has been meeting socially as well as getting involved […]

The new two-story development across the road from Pacific Resort in Muri is quickly coming together. The complex, owned and built by landowner Tareu Uka, is expected to be finished by the end of the year. Treasure Chest, the shop currently adjacent to Pacific Resort, is moving across the road to inhabit three units of […]

Be sure to visit BCI on Monday where all BCI staff on Rarotonga and the nine outer islands branches will be showing off their new uniforms. The new uniforms include a stylish mix of corporate and smart casual to ensure a professional look is maintained. The women&rsquo;s corporate shirt has the BCI&rsquo;s corporate teal with […]

Aqua makes a splash in Muri

Muri Beach Resort is this week celebrating the grand opening of Aqua, an onsite cafe bar featuring breakfast, lunch, dinner and dessert menus, wicker lounges and a daily happy hour. Aqua is open to the public, offering &ldquo;good coffee, cocktails and cafe cuisine&rdquo; and a laidback, open-air dining venue decked out with comfortable chairs and […]

Tales of a tall ship

The Cooks-registered tall ship Picton Castle is coming up in conversation all around the island this week, and for good reason &ndash; of the 250 ships on the register, she&rsquo;s the Cooks&rsquo; star. Picton Castle sets sail for Palmerston and Pukapuka on Tuesday. She&rsquo;s cancelled her trip to Tonga in order to transport provisions to […]

Tall ship has a rich history

The pride and joy of the Cook Islands shipping register, Picton Castle, has quite a rich history. The first chapter opens across the world in Europe in 1928 when she was born a motorised fishing trawler. Local Waterfront Service Training director Ron Bird, who hails from Yorkshire, remembers that she was built at Cochran Yard […]

Cooks are 'pretty much there'

Captain Daniel Moreland has sailed around the world six times &ndash; an impressive feat for any seafarer &ndash; and he&rsquo;s got friends in faraway places to prove it. He&rsquo;s midway into his last world voyage, but doesn&rsquo;t ever plan to stop sailing. &ldquo;Sailing around the world is amazing and I love it, but time marches […]

Bodybuilding back in the day

Bodybuilding as a sport has been dormant in the Cook Islands for some years. In fact, nothing has happened within the sport since the passing of easily the island&rsquo;s most recognised bodybuilder the late Felix Enoka in 1999. The sport locally began in 1981 with Tony Hole the major instigator of getting islanders involved in […]

The dos and don'ts of whale watching

Watching whales is an extraordinary experience and a rare privilege. For locals and visitors alike &ndash; watching the majestic humpback whales play in our waters from land is a huge buzz. But land based whale watchers have been alarmed at the number of times that boats have been seen chasing whales. And while whale harassment […]

CICC news and pictures from the past

The Cook Islands Christian Church recently released its latest newsletter highlighting some of the events that has been happening in the different CICC churches across the Cook Islands. The newsletter edited by Nga Mataio also included a section &lsquo;history in photos&rsquo;. The segment included photos of a Boys Brigade trip to Tahiti in 1967 and […]

The Breeze Brothers blow in

The Breeze Brothers reckon Rarotonga is the perfect place to make music. New Zealand musician Robin Tripp and Yorkshire percussionist Chris Bold are The Breeze Brothers, a newly-formed band that will be playing around the island this month. Chris Musselle of Waterline, co-founder of Open Mic Nite, heard Tripp&rsquo;s music in a New Zealand bar, […]