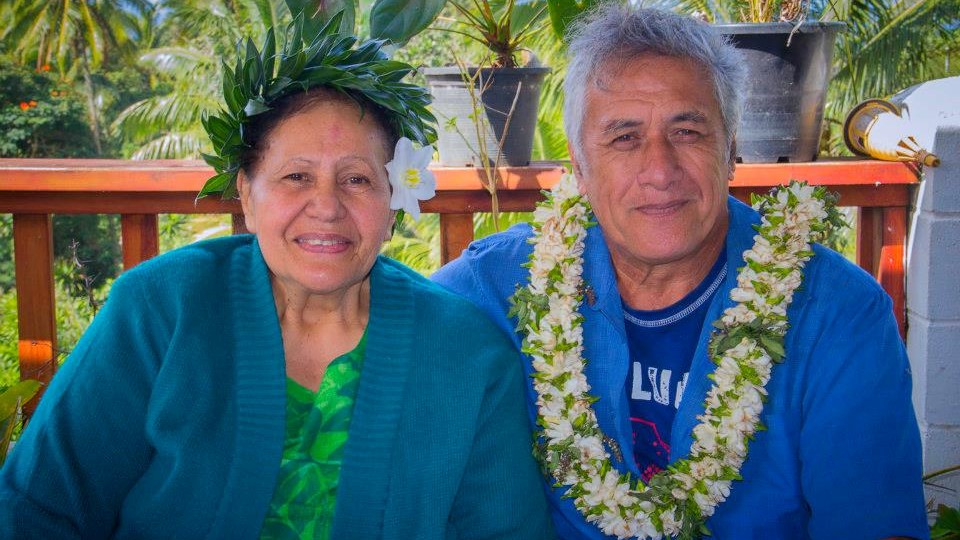 Teremoana Sally Hosking (nee Papera) better known as ‘Mama Sally’ was a resilient and industrious woman and well-known in the village of Matavera/Rangiatea.

She passed away on May 19, 2022 at the age of 76 in Auckland, New Zealand and was returned to Rarotonga to be buried at her home in Matavera.

Mama Sally was born on May 31, 1945 to parents Vaeruarangi Toropapera (father) and Ngapoko Kimi Tairi. When her father passed away, she inherited the title of Tauira Ariki.

After college she was baptised as a Latter-Day Saints (LDS) Sister and served a two-year mission preaching the gospel of Jesus to everyone and anyone who was willing to listen.

Along with her mother, they were one of the first members of the LDS Avarua Branch.

In 1963, at the age of 18, she migrated to New Zealand where she met her husband Tukurangi Hosking (Senior). In 1978, they returned to Rarotonga with their three sons.

Their marriage was a memorable day, witnessed by more than 300 guests in October 1966 at the LDS Mormon Chapel on Great South Road Papatoetoe, Auckland, New Zealand.

They had been married for 55 years, when she passed away.

Mama Sally was popular for being the longest serving staff member at the Foodland Supermarket having started at the store as a checkout supervisor in 1979. As years passed, her focus shifted towards ensuring that the shelves of Foodland were well stocked and that bread deliveries were on time. In 2018, she retired after 39 years of service.

She was always early to work, one of the last to leave the store and very rarely took a day off – even after losing their family home in Matavera to a fire in 2008.

Although Mama Sally was warm and friendly, she was also very firm when it came to work issues and took pride in counselling and sharing with workmates, and imparting pearls of wisdom and knowledge that only a mother knows how to.

The Matavera No.1 Clinic which stands adjacent to the Matavera CICC Sunday School was constructed during her tenure as treasurer for the committee. She helped coordinate fundraisers that would fund a well-resourced clinic where babies in the village could receive regular health checks – this was one of her most treasured community projects.

During her retirement years Mama Sally didn’t stop working. She filled her day planting and harvesting vegetables to sell at the Punanga Nui market on Saturdays which was one of her favourite places to be. Even if there was a cyclone warning, Mama Sally would be seen at the market setting up her stall.

Her market adventure began many years ago with her good friend, the late Maara Vaevaepare, when they both sold plates of curry chicken and neck chops tarenga with taro.

Over the years both women expanded their market stalls to include fish, fruits and vegetables.

She loved her flowers and invested much of her time weaving head ei to sell at the Punanga Nui Market, or simply to match her daily attire. Every day, without fail, Mama Sally wore a crown of fresh flowers, a poe kaute, and a radiant smile.

“Our mother touched the hearts of many with her warmth and radiant smile and she was such a beautiful soul,” said her daughter Sally Hosking-Naea.

“She was a resilient woman who faced all her challenges with hope and positivity. One of her mantras was ‘not to worry’ no matter what the situation was. Rather, to trust that God will carry us through our trials as promised through Psalm 55:22.

“She will be forever lovingly remembered.”