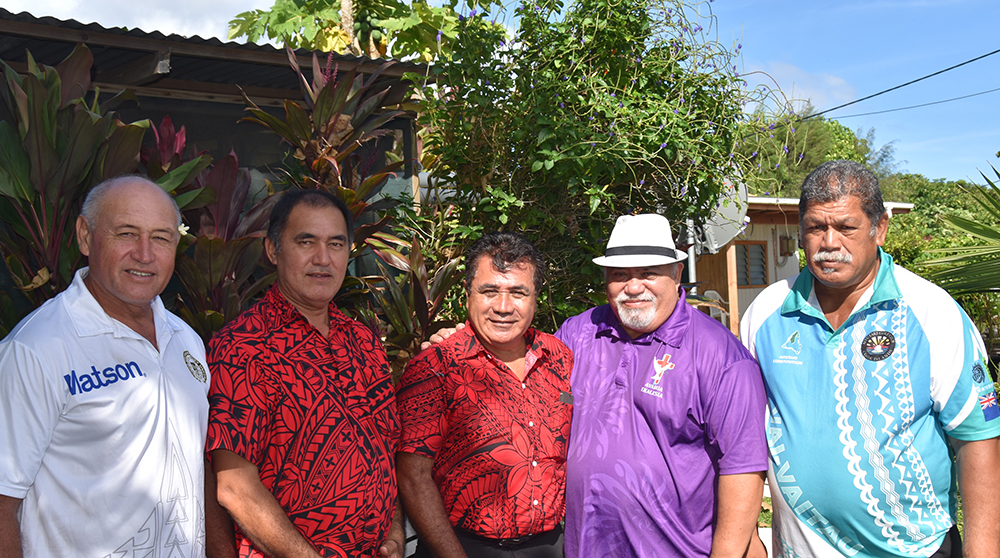 Religion is one of the strong foundations of the Cook Islands culture. Christianity arrived here in 1821 and played a major part in shaping the future of this country and its people.

Hailed as having the most beautiful lagoon in the world, over 1000 people are expected to descend upon the island of Aitutaki for the biggest celebration in modern history – the 200-year commemoration of the arrival of Christianity to the nation.

On Tuesday, October 26, 2021 will be known throughout the Cook Islands as Bicentenary Day.

On this date in 1821, Reverend John Williams, a missionary of the London Missionary Society based in Raiatea, in the Society Islands, sailed to Aitutaki with two Tahitian teachers Papehia Teato and Vahapata to go ashore to evangelise the island - they were welcomed by Tamatoa Ariki one of the island chiefs.

In recognition of this turn of events in the nation’s history, October 26th is celebrated annually as Gospel Day or Nuku Day.

Planning for an occasion of such great magnitude has been underway for many years.

The director of the Cook Islands Christian Church Bicentennial Celebrations Unit (CICC-BCU), Tangata Vainerere confirmed that the 200th commemoration will be conducted from Friday, October 23 to Monday, October 31, 2021.

“The most significant day is 26 October - Bicentenary Day – a special milestone for all the people of the Cook Islands,” says Vainerere.

“It’s a time and space for our people to gather together and rejoice to the theme of “Celebrate, Proclaim and Grow in Christ.”

The event is a national undertaking, with the kind assistance and support of the Aitutaki Island Mayor, Executive Officer, teams of workers, the island community and ministries of Government.

In addition, the general business of the 34th Bicentennial General Assembly including the election of Office Bearers will be held.

“Our focus is to reflect on our past and set directions for our future as the mother church of the Cook Islands. Despite the Covid-19, I hope our members in New Zealand and Australia will be able to join us for the celebrations,” says Rev Ngametua.

The chairman of the Aitutaki Religious Advisory Council (RAC) and the CICC Aitutaki Konitara Ekalesia, Reverend Frank Williams is looking forward to the bicentennial.

“We are in awe of what our Lord has done for us through the pioneers of the Gospel of Jesus Christ including the Reverend John Williams, Papehia and Vahapata in 1821. Through their foresight we have become a Christian nation and we are truly grateful. So let’s bind together and celebrate this important milestone in our history,” says Rev Frank Williams.

Meetings regarding water and food supply, farming, accommodation, health, Covid-19 and travel have been held, and Infrastructure Cook Islands (ICI) was expected to arrive to the island this week for further evaluations.

Aitutaki mayor Tekura (Poo) Bishop says: “This is one of the biggest events ever to be hosted during our time, in our lifetime; many of us, especially the elderly have been looking forward to seeing this occasion, to actually witness it.”

On Aitutaki, the bicentennial committee, Island Government, Arikis, Aronga Mana, Konitara Ekalesia, Religious Advisory Council (RAC), Members of Parliament and the community are working together for the event.

Aitutaki’s Executive Officer (EO) Vaeruarangi Ariki, Tuaine George says: “It’s a national event and government is part of the preparations, we are mindful of where we are at this point and recognise the support from government and Air Rarotonga.”

Prior to Covid-19, people from Bora Bora, Tahiti had made plans to attend the occasion; “but now, nothing has been confirmed,” George said.

Agriculture crops were planned for, prepared and planted last year, specifically targeted for the bicentennial.

The Member of Parliament (MP) for Amuri, Terepai Maoate says: “Specific crops were planted in December, the phase coming up is for the seasonal crops and closer to the event, the vegetables.”

With the help of the island administration and the island’s three MPs, growers were assisted, “not necessarily just for the celebrations, but also to provide an income. But the target is to have fresh produce available for that period,” says Maoate.

Some groups have already determined their travel and accommodation plans for October and all the halls have been booked.

At present Aitutaki does not have a direct contact person on Rarotonga, however, Executive Officer George says “we would like people to let us know if they are travelling in groups, it is advisable to contact the island government so we can work with the volume of people.”

Family reunions are planning their own private pilgrimage to the island and accommodations are filling up fast. “We are expecting quite a lot of visitors during that time.”

Schools on the island will close from October 15 to November 1.

Extra bathrooms and showers are prepared to be built if there is a need and groups have offered to take along tents.

Mayor Bishop and this council would appreciate knowing the families who are hosting reunions during this period and their numbers, for better preparation.

“We would like people to have nothing else planned for the bicentennial day and join us, we would like everyone there.”

“We look forward to a most joyful celebrations,” says the General Secretary of CICC, Nga Mataio.