Waste an eye opener for everyone 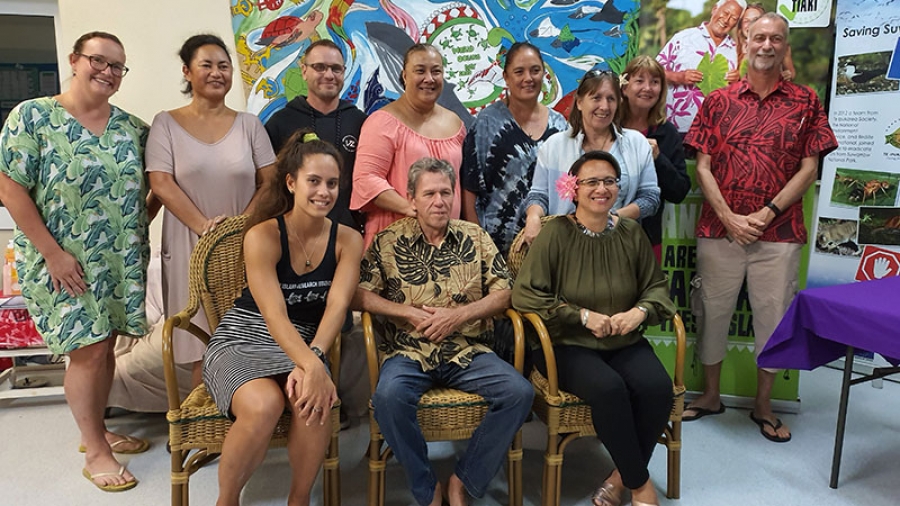 The members of Te Ipukarea Society after their annual general meeting on Wednesday with their president Teina Mackenzie (seated on the right). TIS/20071605

Te Ipukarea Society’s war on waste dominated this year’s awareness campaigns and events where the organisation spoke out against burning rubbish, especially plastics.

These campaigns alongside other success and operations were highlighted at their annual general meeting on Wednesday.

In her 2019/2020 report, Teina Mackenzie, who retained the president’s position, said it was difficult to make real traction on the issue of waste without deterrents, like legal fines and compliances.

The president’s report showed that with the Plastic Free July campaign, they have continued to raise awareness on the issue.

Mackenzie said: “The amount of plastic recovered in the collaborative Muri beach clean-up for World Oceans Day in June is always an eye opener too. We continue to advocate for an advanced disposal fee on imports to assist with managing waste effectively and for the legislative ban on single use plastics.”

She said the task of caring for the Cook Islands environment was not getting any easier.

“If anything, the environmental challenges we face have ramped up.”

The annual general meeting also recognised the contributions from their new and existing members.

The organisation also acknowledged the contribution of their former interns Charlee McLean and Andrea George, who were exposed to a wide range of learning opportunities.

The meeting was held at the Creative Centre in Tupapa and Sabine Janneck presented the financial report.

Jessie Sword was re-elected as an executive member and three new members are Jim Perkins, Anna Koteka and Natalie Telfer. Two patrons (both re-elected) are Ian Karika and Tinomana Ariki.

Te Ipukarea Society wishes to give their appreciation to outgoing executive committee members, Patricia Tuara Demmke, Anna Rasmussen and Hayley Weeks for all of their hard work and dedication.