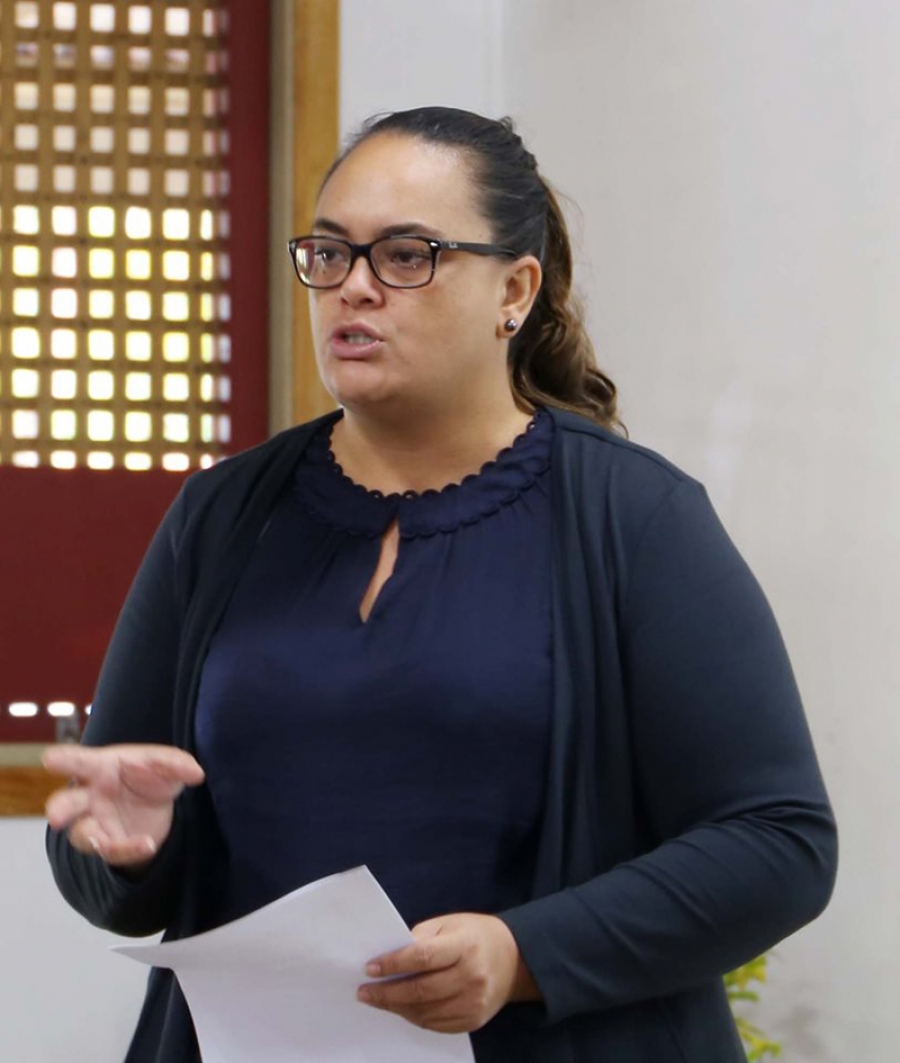 MMR Secretary Pamela Maru at the opening of the consultation on Tuesday. 19053004

Aquaculture in the Cook Islands dates back to the early 1970s and by the mid-1980s the country emerged as one of the region’s major players based on the success of the pearl farming industry.

MMR began drafting the new plan (to replace the 2012-2016 plan) last year, and held an initial stakeholder consultation in July 2018.

“To ensure a useful product is developed, we require private sector and community views and perspectives about the aquaculture sector. If necessary, we should re-orient our activities to take into account new developments, emerging trends and challenges in aquaculture,” said MMR secretary Pamela Maru in her opening address on Tuesday.

“In particular it is necessary to consider impacts of climate change and the need for disaster resilience, in order to protect and maintain the roles that aquaculture can play in food security, diversification of livelihoods, and replenishment of fishery resources in the future.”

MMR has received support from the Pacific Community (SPC) to develop the new plan for aquaculture.

At least 10 commodities listed in the expired plan will be removed as they are considered to no longer have potential for development in the Cook Islands.

Raubani said through the report card process on the second day of consultations, about 50 per cent of the planned actions had been completed which was encouraging.

“The new plan will serve as the country’s statement of intent to develop priority commodities. It can be used to leverage funding for development and provide a roadmap for the future of the sector,” said Raubani.

Dr Pickering said having a clear vision and priorities would allow for more focus on key commodities.

“The plan must focus on those commodities most likely to succeed,” he said.

“There was constructive input received from various representatives, which included the House of Ariki, private sector, government agencies, farmers, and some representatives from the outer islands,” he said.

The plan also includes sets of actions plans which the participants spent time discussing in groups.

“We looked at the best possible outcomes to achieving our target goals. It is important that these actions, once approved, are supported by those responsible as well as being able to source sufficient funding, human resources, and capacity building.”

The facilitators, MMR and SPC, are now paving the way forward for finalising the plan within the next two to three months.