How to conserve bigeye tuna stocks 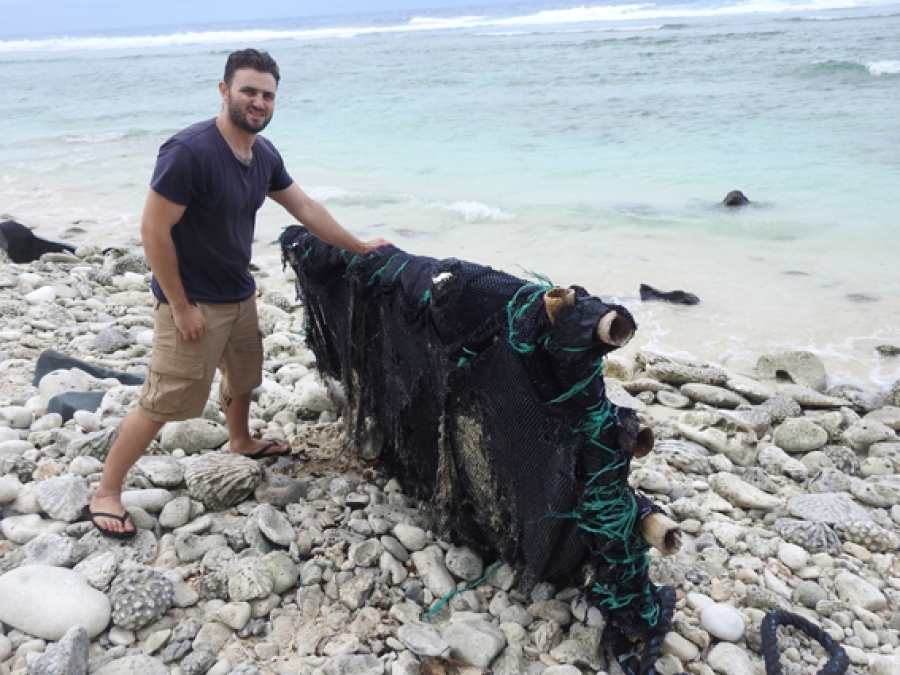 Liam Kokaua from Te Ipukarea Society with yet another drifting FAD from a purse seine vessel, which washed up at Kii Kii a few days ago. 16112422

World Fisheries Day for 2016 came and went on Monday, November 21.

Those responsible for managing the fishery resources in the Cook Islands were noticeably quiet on that day.

Coincidentally - or perhaps not, the next day there was a story in the Cook Islands News from our Prime Minister saying that his vision for the Marae Moana is to set best practice benchmarks first and foremost for conservation. This sounds like great news for our fishery resources, and below are a few tips from leading tuna scientists that can help him achieve his vision.

Fishery scientists, including those associated with Te Ipukarea Society, have been concerned for a number of years now about the decline of bigeye tuna stocks in the West and Central Pacific Ocean.

Approaches to the Cook Islands Ministry of Marine Resources to take measures to decrease our impacts on bigeye tuna in our own fishing zone have fallen on deaf ears. In fact the latest response to our concerns has been for the prime minister to sign the purse seine fishery agreement with the European Union (EU), guaranteeing the EU access to our tuna for the next 16 years, at least. Though this is subject to a challenge in the Cook Islands High Court early next year.

The following is summarised and updated from a 2012 paper by the best tuna scientists in the region.

The purse seine fishery expanded into the Western Central Pacific Ocean (WCPO) in the 1980s, targeting surface schools of skipjack tuna for canning.

The combined catch by all fishing methods has now brought bigeye stock to an overfished state, according to the latest stock assessments by the tuna scientists. Closure of some pockets of international waters in 2009 appears to have had no beneficial effect on the stock. Scientists then used an ecosystem-based computer model to simulate a range of alternative fishery management policies. They evaluated 10 different scenarios of conservation and management measures in an effort to determine the best ways rebuild overfished bigeye stocks. They found that fishery management policies that control mortality on both juveniles and adults are the best.

The end result of the paper was that the best way to rebuild bigeye tuna stocks was by banning the use of FADs in the purse seine fishery, and closing some of the high seas pockets to longline fishing. Unfortunately, their recommendations have not been taken up by the West and Central Pacific Fisheries Commission (WCPFC), and the outlook for bigeye has now become worse.

The Cook Islands and other Pacific Island delegations to the WCPFC meeting to be held in Fiji in early December should be looking at how they might be able to promote meaningful conservation measures, such as a FAD ban and closures of selected areas of international waters at that meeting, and find ways to convince the major fishing nations that are members of the WCPFC to agree.

If you feel strongly about the issue of overfishing of our tuna stocks in the Cook Islands, and would like to help support the Alliance of the Aronga Mana of the Cook Islands and Te Ipukarea Society in our legal battle against the EU purse seine fishing agreement, please buy a ticket to the WTF (Where’s The Fish) concert to be held on December 16 at The Islander.