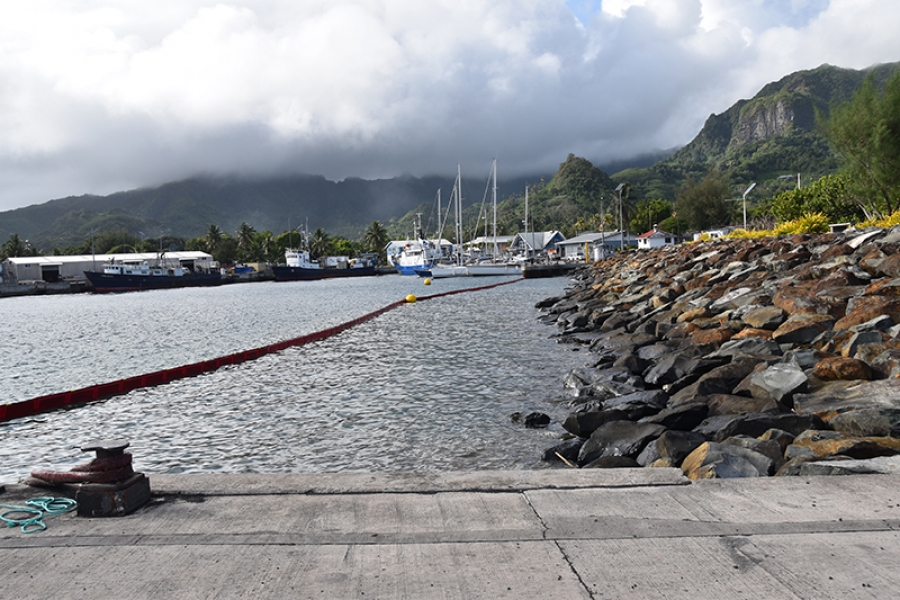 The powerful smell of diesel at Avatiu harbour has caused concern that a fuel pipeline is leaking.

Ports Authority crew had contained the area near the rocky shoreline this morning with an oil spill belt.

The staff also had equipment on the water in an effort to suck up the oil residue.

Bulk shipments of gasoline, automotive diesel oil and oil from ships are moved via a pipeline from Avatiu harbour to Pacific Energy