Ban on plastic bags is looming 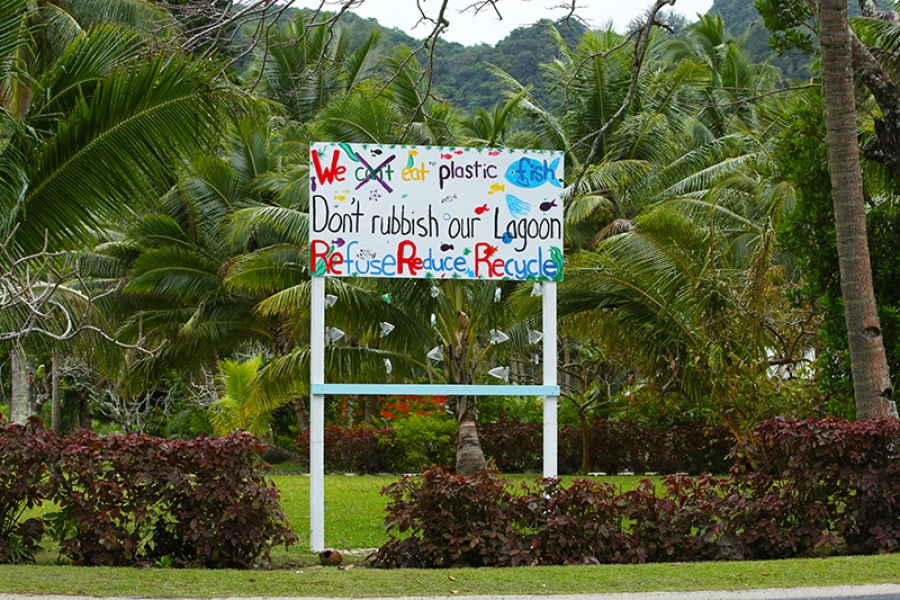 A green message on a board outside of Papaaroa Adventist College. 18100112a

The government is likely to introduce a ban on single-use plastic bags in the Cook Islands.

Infrastructure minister Robert Tapaitau told Parliament last week that the issue had been raised several times and he had taken the liberty to make a decision to go ahead with the submission to Cabinet.

Responding to a question from Matavera MP Vaitoti Tupa, who asked if there were plans to address waste management system in the country, Tapaitau said they had strategies in place to address waste reduction.

“We also have a Cabinet submission which is involving ban of single use plastic bags. I know this topic have been around for a while and I have taken it upon myself to make the hard decision to go ahead with this. It might not be a popular one but this is the way to go,” Tapaitau said.

Environmental group, Te Ipukarea Society (TIS) was pleased with the announcement from the minister.

TIS project officer Liam Kokaua said the submission would be a great step forward in reducing waste and promoting guardianship of the island.

“There are many alternative options to single use plastic and the onus is on us and other environmental groups to create awareness on these alternatives,” Kokaua said.

“The ban may take a while but we are happy it’s moving forward.”

Earlier in the year, Koutu Nui, the group comprising traditional leaders of the Cook Islands, was working on a submission to ban the importation of plastic bags into the country.

Koutu Nui president Paul Allsworth earlier stated they have been working and gathering support to prepare a proposal to then Environment minister Kiriau Turepu for the ban on importation of plastic bags.

Also earlier this year, Vanuatu imposed a ban on single use non-biodegradable plastic, including bags and polystyrene takeaway containers.

The ban came into effect from January 31 and the Vanuatu government said local plastic bag manufacturers will only be allowed to use biodegradable plastics.

WATSAN director Jaime Short then told this newspaper that the Cook Islands could pursue the same style of ban, although it will be done in a step-by-step fashion so not to create too much of a shock for residents

“There are definitely some items that we on the Solid Waste committee want to ban, such as plastic bags, and products containing micro beads and plastic straws,” she said earlier.

“Our goal is to eventually control what is coming on to the island, depending on the quality and efficiency of products.”

Meanwhile Tapaitau also told Parliament they were looking at imposing disposal fee for bringing items such as plastic bottles, cups and others.

He said there were plans in place to rehabilitate the current landfill and purchase of an incinerator in the next five to 10 years was also on the cards.