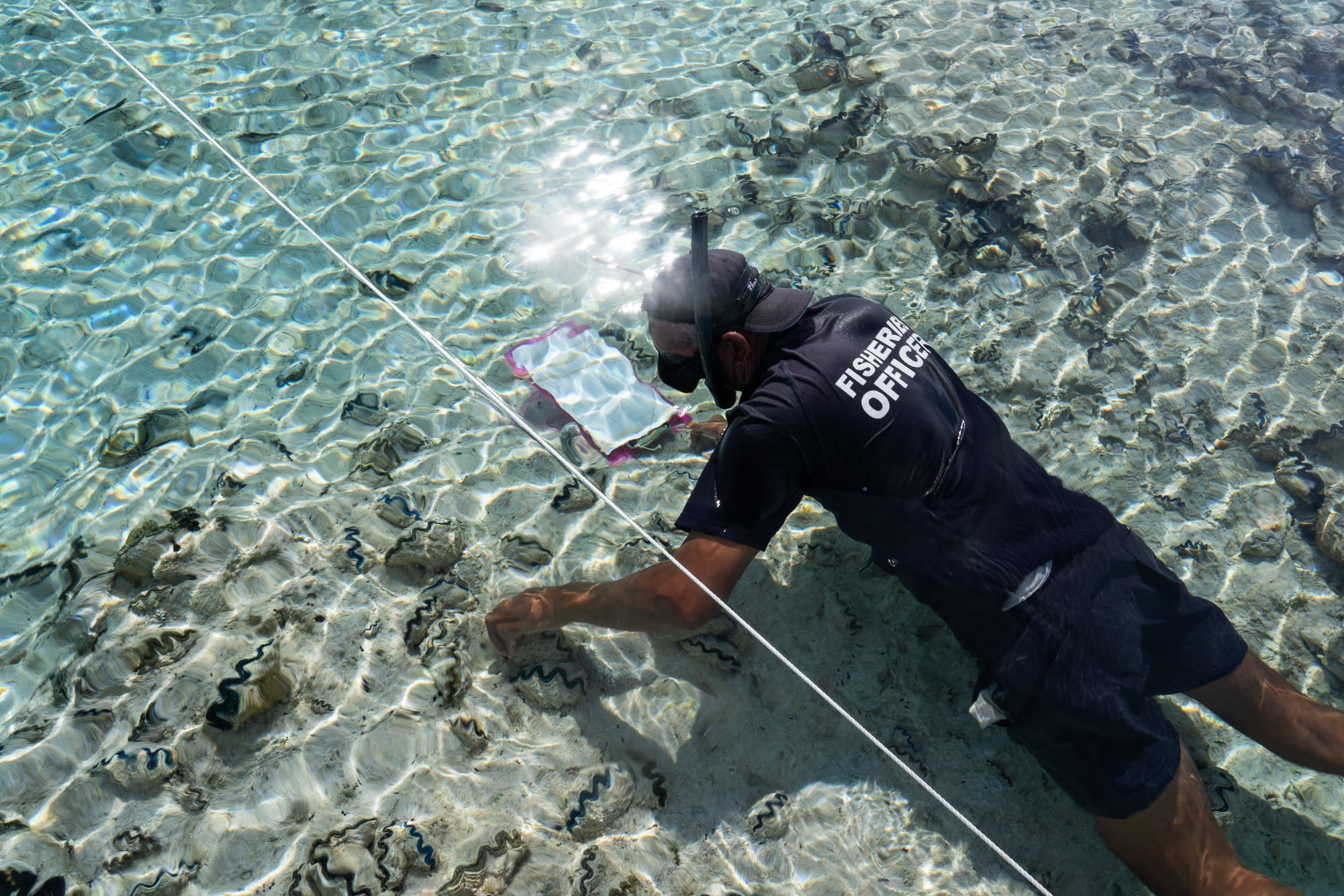 A Ministry of Marine Resources (MMR) team has recently returned from their two-and-a-half-week expedition to Manuae and Aitutaki.

Five staff from the Inshore and Aquaculture Fisheries Division in Rarotonga and three staff from the Aitutaki Marine Research Centre (AMRC) undertook surveys of both islands.

In a media statement, MMR said joining the team for the Manuae work was Quinton Schofield and Trevor from Wet and Wild Aitutaki, Minister Charlie Ta’amo from the Aitutaki Island Council (AIC), and Nick Henry from the Proprietors of Manuae Incorporated (PMI).

Processing and analysis of the data has already begun which will update and complement surveys completed in 2017, MMR said.

“This information will help to inform management decisions made by island leaders and government agencies in upcoming work to take place on Aitutaki, requested by the AIC and PMI to strengthen marine resource management for these islands.”

As is typical for Manuae surveys, MMR said it “gathered only data and left only footprints”. To reduce any impacts to the environment, there was no harvesting of residential species (unga, koura, pa’ua or reef fish), it said.

MMR added that it would like to send “a gracious meitaki atupaka to the AIC and PMI for the invaluable work and support given to our team”.