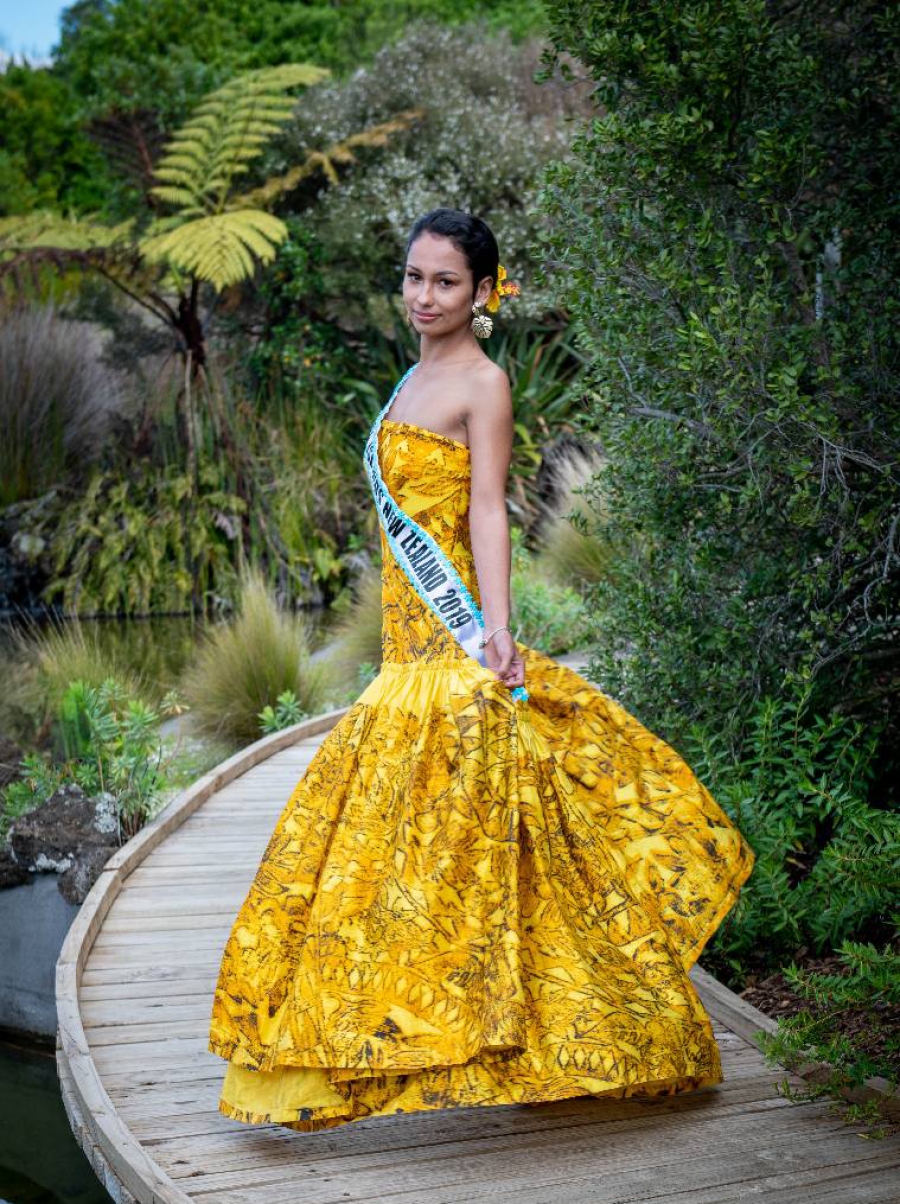 Miss Cook Islands New Zealand Terito Story grew up around the sea in Mauke, and is now studying a degree in marine science. 19112116

Miss Cook Islands New Zealand Terito Story will take the stage at the Miss Pacific Islands Beauty Pageant this week to voice her concerns about the fragility of Cook Islands’ marine environment.

Story, 19, said she was excited, humbled and grateful for the opportunity to represent her country and looked forward to the international pageant and experience.

The New Zealand-based Cook Islander has joined other national representatives at Loloata Private Island Resort in Papua New Guinea, ahead of the big night. She will represent Cook Islands in the Pacific, while Miss Cook Islands Association’s Tajiya Sahay takes the stage at Miss World in London next month.

Miss Cook Island Pageant Association President Clee Masters said this has never happened before and they were making history.

He said his team would take care of Story while they were in Papua New Guinea.

Story, a second year marine science student at the University of Auckland, said the pageant has given her a bigger platform to raise awareness of important issues such as marine conservation.

“Our marine environment in the Cook Islands is delicate and very important to us because it is our main attraction and food source, we need to do whatever it takes to protect it.”

She said the biggest threat to the environment was climate change and the rise of plastic pollution in our oceans.

“As we are a small country with low lying islands, rising sea levels and pollution can have a major impact on our country which relies on the ocean’s resources.

“We should be taking more action as a country to fight the problem, such as including plastic free products in our everyday lives.”

A lot of people in the Cook Islands had already taken the initiative of selling food on clean banana leaves at markets to reduce the use of plastic, she said, and this was a step in the right direction.

Terito, who is from Mauke, grew up in and around the ocean where they would spearfish, plant coral and spawn clams.

Story will compete against 11 other Pacific Island contestants. This year’s Pageant Theme is “Pacific We Are, One Step, One Aspiration.”