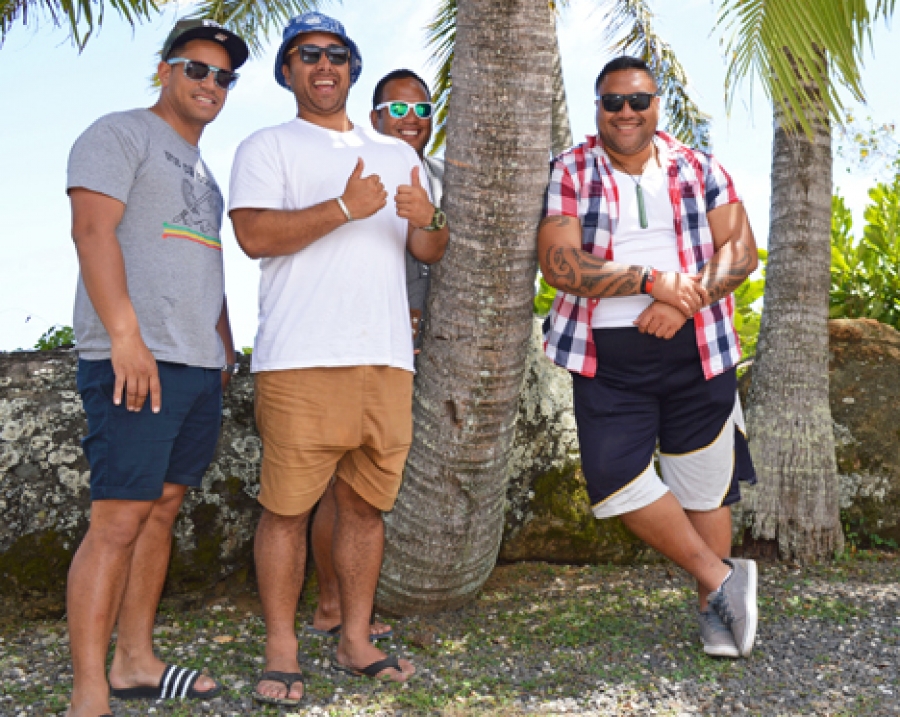 The Modern Maori Quartet is set to woo the island with their sweet melodies at the Empire Theatre tonight and tomorrow. 15110908

Prepare to be serenaded by the sweet sounds of four New Zealand Maori boys who are ready to sing for their supper in Rarotonga this week.

The Modern Maori Quartet is on the Rock as part of a back-to-back tour showcasing their unique singing, comedy and cultural experience.

James Tito, Matariki Whatarau, Maaka Pohatu and Francis Kora describe themselves as a Maori foursome with a fresh take on classic Maori showbands.

Think the Howard Morrison Quartet, in 2015.

“We love crooning our spin on modern and classic numbers, so suit us up in our number ones, comb our hair, shine our shoes, hand us a guitar or two and we’ll have you melting like golden syrup on a piece of fresh hot fried bread.”

CI News got a chance to sit down with the cheeky quartet members yesterday to find out what makes the successful band tick.

The performers met at Toi Whakaari Drama School in Wellington, New Zealand, and became an overnight success on the TVNZ show “Happy Hour.” They have since had an incredibly successful run touring local and international venues.

“Being Maori, growing up at every event we went to: a wedding, funeral, whatever, the guitar was always out and we were singing.”

Francis Kora is also a successful musician in his own right, as a member of Kora, a band familiar to most Kiwi music fans.

Matu Ngaropo, who has just completed a successful run as a star in the stage show “The Lion King,” has returned to the group for the Rarotonga leg of the journey and is excited to be performing here.

But despite their incredible successes, the boys remain down-to-earth.

Their management team says they are not divas – and they do not have any unusual dressing room requests.

Although merging comedy and music could cause a catastrophe, the smooth quartet seems to have it all figured out.

“But there are always jokes that go over people’s heads,” says Francis.

Despite the highs of their successes, the musicians have experienced an unfortunate legal battle with their former manager, who is claiming the trademark on the name Modern Maori Quartet.

The case has sucked a lot of time and energy out of the foursome, who would much rather be writing cheeky quips and singing melodies than forking out for legal bills.

The management team hopes to have the case resolved by April next year.

And in the meantime, they are enjoying the sunny weather and positive inspiration Rarotonga has to offer.

The Modern Maori Quartet is brought to you by local promoters Motone.

The four musicians will play at the Empire Theatre in Avarua tonight and tomorrow. Contact Glenda on 55885 or Mo on 54461 or buy your ticket from the Café at the Beachcomber