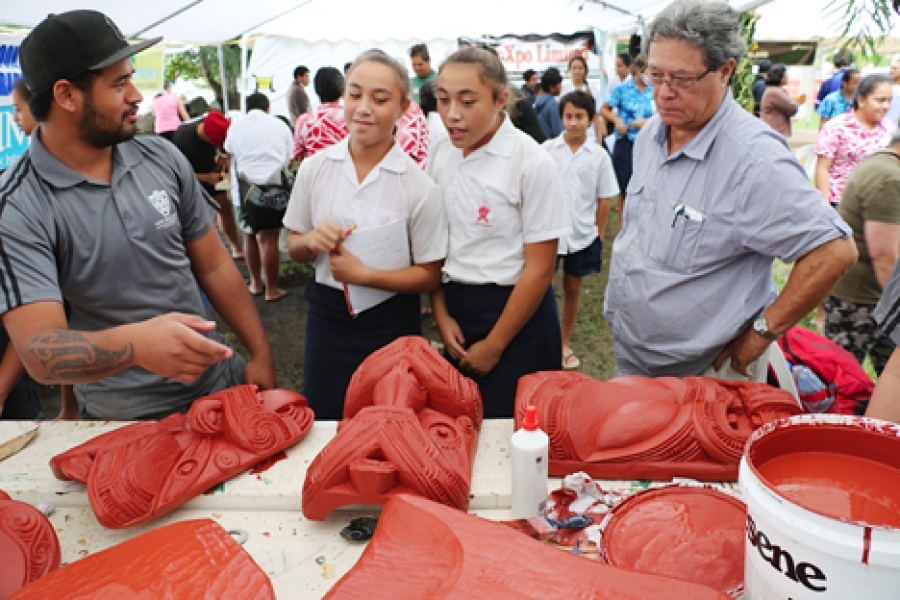 The crew at the Taurua Matariki Maori Art Exhibition in Avarua on Friday put down their tools and picked up their forks for a different kind of tribute to Maori culture.

Carvers and guests from New Zealand all took a break from the exhibition to enjoy a hangi provided by the Aotearoa Society and master chefs Derek Fox and Jaewynn McKay.

Three baskets of food including pork, lamb chops, pumpkin and taro were cooked over three hours to make up the hangi.

The carvers were also treated to curious little fans including pre-schoolers from the Blackrock Api’i who came to see the talented artists in action.

‘Taurua – A Matariki Maori Art Exhibition’ brought Cook Islands and New Zealand carvers and weavers together for a week-long programme of creative artistic display, including workshops for the public.

The artwork produced will form a commemorative set of works to reflect and celebrate the relationship and emphasise the strong cultural links between Aotearoa and the Cook Islands.