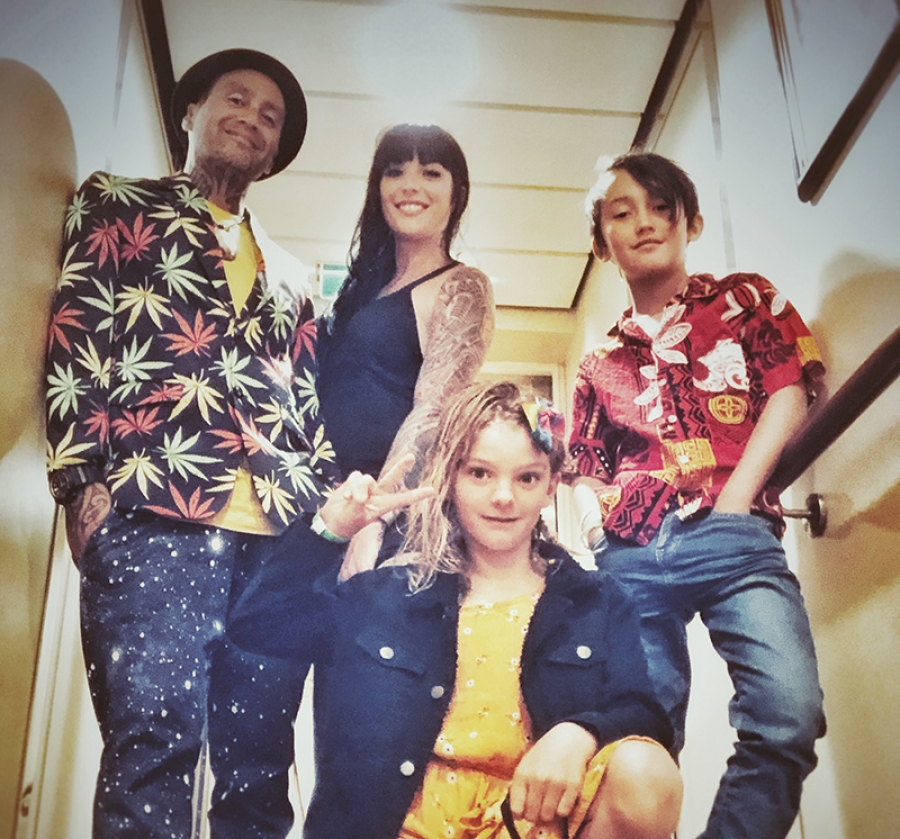 Tiki Taane wth his fiancée Rachel and their children Charlie and Karcia, in lockdown in Papamoa, Bay of Plenty. 20040505

It should have been the Pacific Elvis last week, Tiki Taane this weekend. Instead there’s sadness as the Charlie’s team calls closing time – for now.

Charlie’s at Titikaveka would have been full that night. The so-called Pacific Elvis, Johnny Angel, was excited at the opportunity to make his Cook Islands debut, and to dazzle with his deep croon and diamantes.

It wasn’t to be. Mary and Charlie Hosking threw a farewell barbecue for their 13 staff and some regulars, instead.

Johnny Angel was sad, but understanding, of the travel ban and closure. “I was a little stunned, however people’s health and wellbeing is paramount,” he said.

First, the well-loved beachfront restaurant and bar had been directed by police to stop serving alcohol.

Then owners Charlie and Mary Hosking decided it was time to stop serving food in-house, because of social distancing. For three nights, they tried operating as a takeaways business – but people were understandably watching their pennies.

By the end of March, they knew they had to close. That Friday, instead of All Shook Up, it was Heartbreak Hotel.

They had a big kai-kai. Then, that was it. The workers were given care packages: chicken, rice, potatoes, onions, carrots and more …

Johnny Angel wished the Hoskings and their team the very best at these difficult times. “I'm sure with their passion and the purotu spirit of Rarotonga, we may see Charlie's Bar return to paradise.”

Tiki Taane, who was meant to fly in this week, sent his best wishes too – and vowed to be back later in the year. His message to the team? “Hang in there and hope to see you once the borders open.

“I have so much aroha for Raro and so many amazing memories and moments. I met my fiancée at The Edgewater and have played many awesome shows at Pacific Resort and Rehab.”

Locked down with his family in New Zealand, Tiki Taane said he had been working hard and fast to build his live-streaming system with professional sound and multi-camera streaming, so he could continue to perform without leaving his ‘bubble’ in the Bay of Plenty.

“I can’t wait to see you all again and return back to my second home, hopefully on October 3 to perform at Charlie’s.”