Black Panther even better than expected 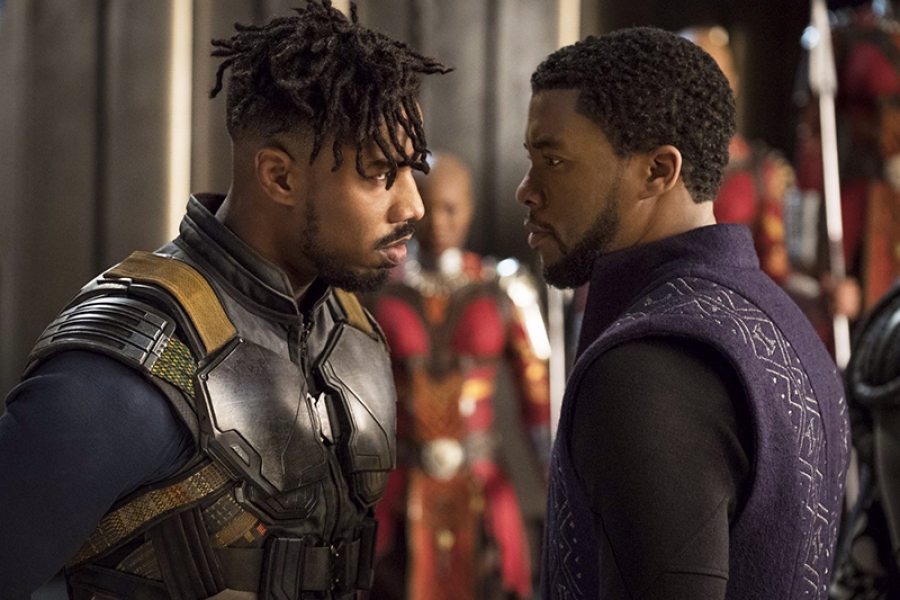 A scene from the outstanding Black Panther, now screening at Empire Cinema. 18021609

Black Panther is even better than you might think.

After the character first appeared in Captain America: Civil War in 2016, the hype has steadily been rising towards the release of Black Panther’s own standalone film.

With each new trailer, every new casting decision – even the fact that the soundtrack is curated by Kendrick Lamar – it almost seemed there could be no way the final product would be able to deliver.

Thankfully it does – and in spectacular fashion too, while also distancing itself from the Marvel Cinematic Universe (MCU) at large.

The movie begins by explaining the legend of the Black Panther.

Centuries ago, African tribes fought over a meteorite containing the alien metal vibranium, the most valuable and indestructible metal substance in the universe.

A warrior ingested a “heart-shaped herb” that had been transformed by the metal, and gained superhuman abilities, becoming the first Black Panther and uniting Wakanda (the fictional African nation) in the process.

The story then skips ahead to 1992 in California, where the brother of the Wakandan king is found to have been stealing vibranium, and is challenged to return home and face the consequences.

Core conflict in place, the film then fast forwards ahead to the present day, with the current king and Black Panther, T’Challa (Chadwick Boseman).

After beating up a few goons and making some jokes, T’Challa travels back to Wakanda for his investiture.

Defeating a challenger to the throne, he soon learns that a long-time enemy of Wakanda, Ulysses Klaue (Andy Serkis), has surfaced with vibranium, and plans to sell it to the highest bidder.

In the chase and eventual capture of Klaue, T’Challa learns of an even more sinister presence, known only as Killmonger (Michael B Jordan), who has a dark secret that threatens to topple Wakanda.

Although Black Panther has received a lot of credit for having a mostly black cast, it is actually a fantastic movie as well.

It has strong, coherent and occasionally spectacular action scenes that are as violent as the PG-13 rating will allow, and which do a fine job of illustrating the strength of the characters involved.

A chase through South Korea and T’Challa’s second challenge stand out in particular for their ingenuity and ferocity.

It is also empowering not only for coloured audiences but also for feminism, as the nation’s elite warriors (outside of the Black Panther) are women, as is its leading scientist.

And while Black Panther might not boast an instantly recognisable international star, there are some superbly talented people in the cast.

Outside of Boseman and Jordan are Oscar winners Forest Whitaker and Lupita Nyong’o, Oscar nominee (for Get Out) Daniel Kaluuya, as well as other recognisable faces such as Angela Bassett, Martin Freeman and Sterling K Brown.

Boseman is impressive in the titular role, although his accent is a bit off, and Jordan ranks near the top of recent superhero villains, with his intimidating presence and ruthless attitude.

Although it is the 18th film in the MCU, Black Panther can easily be watched without prior knowledge of the universe.

There may be some references that are unclear, but your enjoyment of the movie will not be affected.

It also tackles issues such as legacy, honour and loyalty with an emotional weight that is uncommon for the superhero genre.

Black Panther could have been a movie worth seeing just because it features a mostly black cast – but thankfully it rises above and beyond to take its place as one of the true greats in the Marvel collection of films.