Avengers succeeds in every way 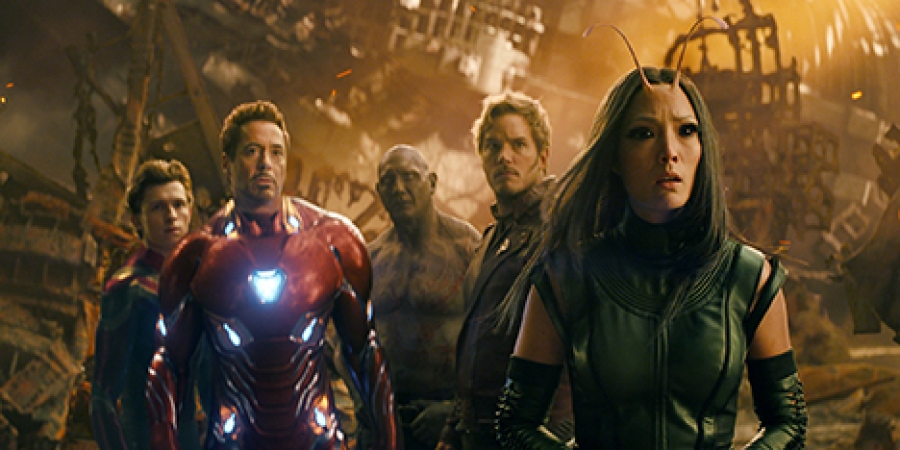 A scene from the movie Avengers: Infi nity Wars, which is now screening at Empire Raro.

Avengers: Infinity War seemed like it was almost doomed to fail.

Ten years after the first Marvel Cinematic Universe (MCU) film, with 18 films in-between, it is estimated that is the second most expensive movie ever made, with a budget of over $423 million.

With more stars that you can shake an Infinity Gauntlet at, it seemed that it would not be able to live up to the enormous hype.

Although it might not be the ‘best’ of the 19 MCU films, it is a signature achievement, showing that could successfully mesh countless heroes in a story that is heavy on emotion, sacrifice, and of course, action.

It starts perfectly, following directly from Thor: Ragnarok, where our heroes are waylaid by the titan Thanos and his minions.

The refugees from Asgard are all defeated, even Thor, who ended the previous film more powerful than ever.

Although they are defeated off-screen, you quickly get a measure of Thanos’s impossible strength where he goes toe-to-toe with the Hulk, like two prize-fighters in a fight of the century match.

Unfortunately, the fight was more like the Cameron-Tua fight of the century and the Hulk is quickly dispatched, despite possibly being earth’s mightiest Avenger.

Hulk manages to escape to earth, with Thanos’s minions hot on his trail, as they search for the remaining Infinity Gems, six stones that will allow the mad titan to wipe out half the galaxy’s population.

When they land on earth, they are confronted by Iron Man, Dr Strange and Spider-Man, as they fight to protect the Time Stone, the gem that allows the user to alter time and space.

Strange is quickly defeated by Ebony Maw, the top lieutenant of Thanos, and is whisked away to their home planet of Titan, with Iron Man and Spider-Man secretly in tow.

That is probably the main thread of the film (there are many), while the other heroes concern themselves with other situations.

Captain America, Black Widow and Black Panther are the main protectors of earth, as they prepare for the arrival of war.

The Guardians of the Galaxy, Peter Quill, Drax, Gamorra, Rocket, ‘Teen’ Groot, spit, with the latter two joining Thor (who was left to die) to create a super-weapon to kill Thanos, while the others go to claim the Reality Stone and hide it away.

That is the barebones plot of a two-and-a-half-hour movie that just moves – it starts with Thanos annihilating Thor’s comrades and does not let up until the final whistle.

Although the action scenes are quite strong (with the battle on Titan being the highlight), it succeeds in so many different areas.

In most Marvel movies, by the end of the movie all the main characters are safe and sound, regardless of how tough their foe is.

However, in Infinity War, it shows that actions have consequences, particularly when you draw the attention of a near-invincible space god.

The main villain lives up to the promise of being the biggest bad guy in the universe, but he also has real moments of pathos, and while his motivations might be terrible, they at least aren’t generic.

If there is any downside to the movie, it’s that it wasn’t long enough, and now we have to wait a year for the (yet-unnamed) sequel.

Having to cram in five movies worth of characters into one means that, unless your favourites are Tony Stark or Dr Strange, you might feel left wanting to see more of characters like Black Panther or Hulk.

And if you haven’t seen the previous 18 instalments, you might be a bit confused about who everyone is.

But those are minor gripes of an excellent film that has an absolutely jaw-dropping ending.

Make sure that you also sit through the (very long) credits for the final scene, as that is one you won’t want to miss.