Pupils are looking good out at Rutaki 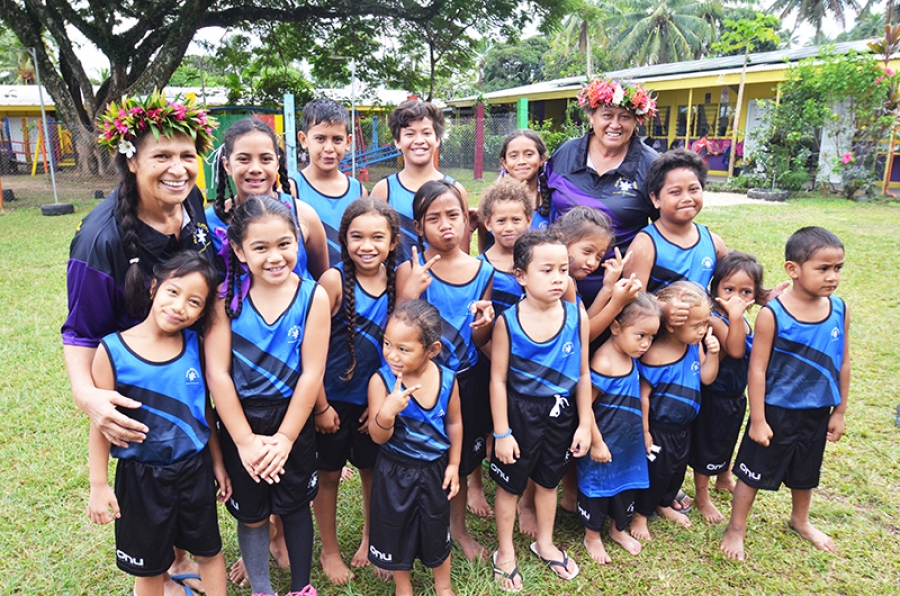 The new sports uniforms designed by ONU Sportswear were funded by the New Zealand High Commission. 18070510

Students at Rutaki School are proudly wearing their new sports uniforms – and they are really looking the part.

With funding from the New Zealand High Commission, the school was able to get new sports uniforms designed by ONU Sportswear for each of the students, as well as to renovate and update the school’s existing storeroom, after a donation of $23,069.42.

In attendance at the ceremony was New Zealand High Commissioner Peter Marshall who said there is nothing more important than education.

“These students are the next generation of the Cook Islands and to be able to help fund these new sports uniforms is a small price in the scheme of things.”

Marshall said a large reason behind the school receiving the donation was the enthusiasm of principal Te Arapoti Maeva.

“When I came to your school a few months ago, your principal had a sparkle in his eye. So it wasn’t a hard decision that your school receive some financial assistance from the High Commission”.

Maeva said the storeroom was overdue for an upgrade, but later joked that upon completion it didn’t look like a storeroom but instead a room for” just the principal”.

The new uniforms come in four colours - red, green, yellow and blue and were already in use after the handover ceremony on Thursday with a big game of touch rugby starting during first break.