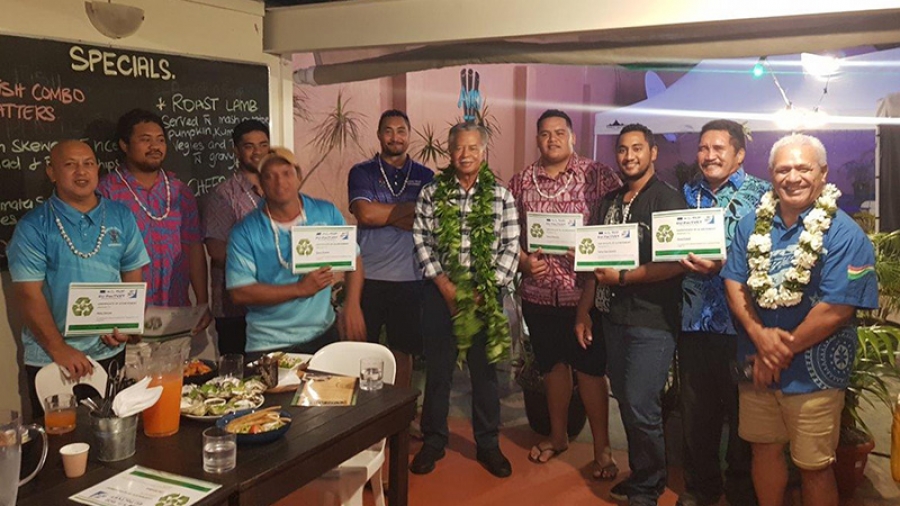 Nine people from the Pa Enua will be raising awareness and sharing their knowledge on sustainable energy and climate change within their communities.

Training coordinator Andrea Rongokea said the study project was implemented by the Pacific Community in partnership with the University of the South Pacific.

Through the course, the participants were also able to understand planning development, monitoring and assessment management of sustainable energy projects as well as promoting energy efficiency.

According to the course information, the project was initiated after Cook Islands was deemed vulnerable to the adverse effects of climate change.

Andrea Rongokea said since the development of the project, local consultants have been engaged to develop and contextualise learning resources for the Sustainable Energy qualifications.

She said the training has been identified to establish a pathway for the future delivery of similar qualifications in the country.

Certificate levels I – IV qualifications in the fields of Resilience and Sustainable Energy were developed by the project in partnership with key stakeholders across the region.

These qualifications have been awarded regionally accredited status through the Educational, Quality Assessment Programme.

There were eight modules run over a period of nine days from August 13- 25 followed by a graduation dinner where the students were presented with their certificates.

Rongokea said the students were privileged and humbled to have some very important guests at their ceremony.