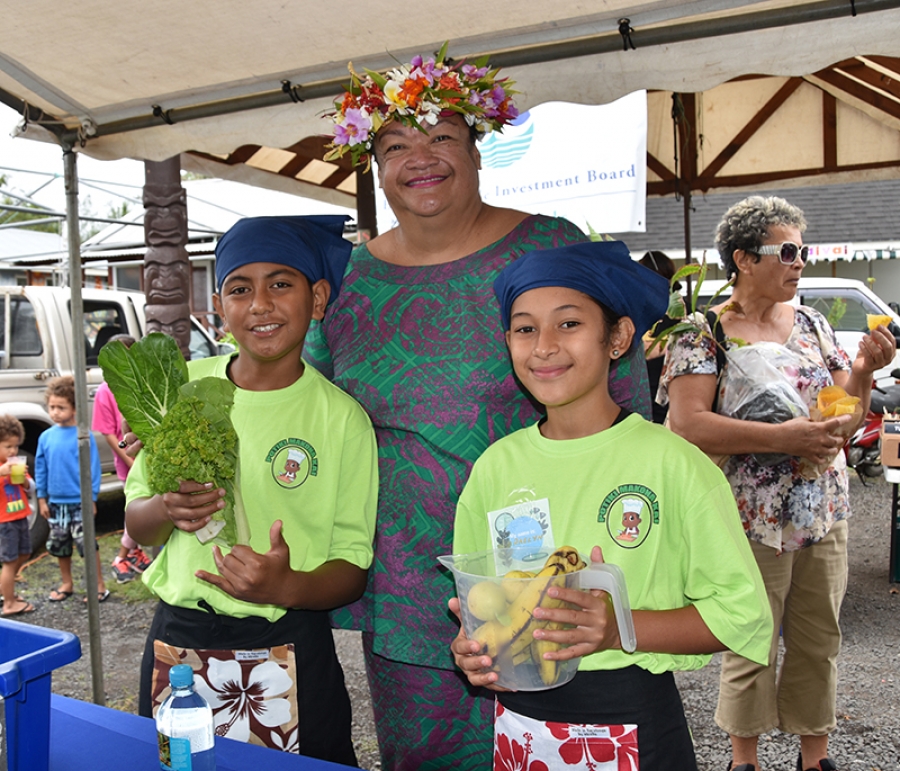 They say a little competition is healthy – and nowhere more so than when kids are competing to cook healthy food.

As they set up their table, 11-year-olds Raelyn Brothers and Tunui Aroka Mati were very aware they had never before competed in the Young Food Championship.

But the two 11-year olds from Papaaroa School love cooking and they were determined to show it, in the Potiki Makona Kai Young Food Championship at International Chefs Day.

It is attitudes like these that excite the Chefs Association: administrator Terina Teiri-Karaiti says the passion shown by the younger generation can get young ones interested in cooking.

The recipes for the chlidren’s cooking contest were provided as part of International Chefs Day, and were used worldwide – but every country had a local twist.

In Rarotonga, for instance, local bok choy was used in the smoothies, instead of spinach.

Raelyn and Tunui were one of five pairs who took part in the competition, cooking the recipes provided by the Cook Islands Chefs Association.

On their table, they were surrounded with vegetables and fruit, ready to whip up something healthy and tasty for the judges – they knew they had to impress.

The groups had to make healthy smoothies, spinach pancakes, and banana-powered French toast.

And their fresh-flavoured cooking bore fruit! The two newcomers were awarded the first prize.

Raelyn says it was an exciting day and looking back at her home cooking skills, she was eager to show the world her talent. She loves eating healthy, and this had just inspired her further.

She plans to prepare breakfast for her parents.

Brothers Ouxin and Roklyn Taokia of Apii Avarua finished third in the competition. The two have been part of the event for the last four years. The brothers said they had been practicing and were excited to be part of the contest again.

“Well, we were practising, sort of,” laughs Roklyn. “But it is all about fun – it is fun, cooking up something.”

In marking World Food Day, secretary for agriculture, Temarama Anguna – Kamana said the event focused on healthy diets – our actions are our future.

She said the day calls for all individuals to take action and make healthy and sustainable diets accessible and affordable.