Two personalities, one goal – to help build this nation

Wednesday 6 May 2020 | Written by Legacy Author | Published in Editorials 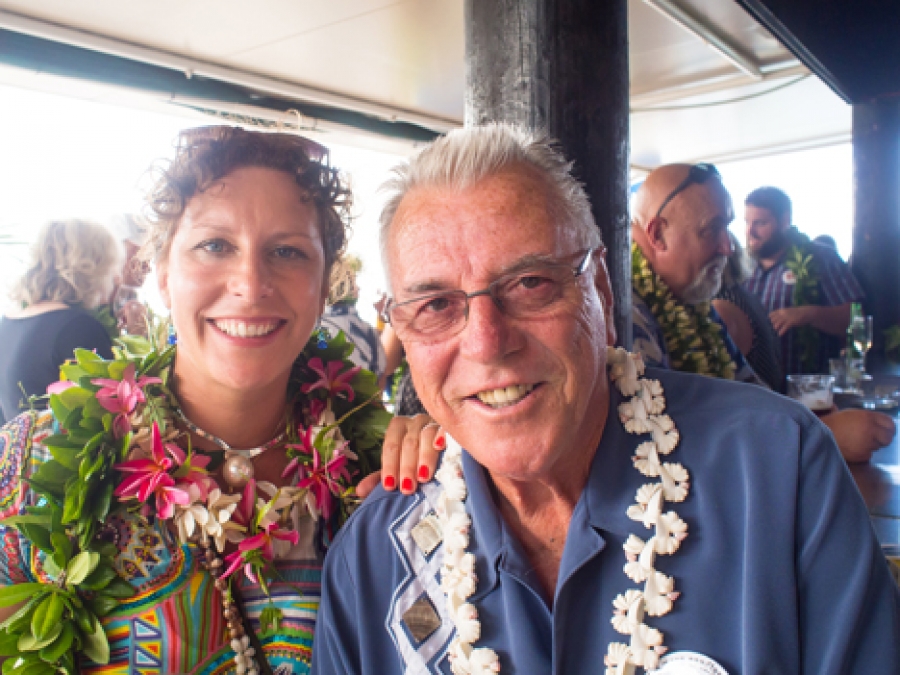 OPINION: Columnist Norman George pays tribute to Jack Cooper and Ross Hunter for their contribution to this nation.

Some personalities are bigger and louder than life. Some might describe my next mark as an unrefined, rude and noisy person. No, I will describe Jack Cooper of the famous watering hole and restaurant, Trader Jacks, as a likeable grizzly bear!

Like an old uncle, he’s all noise and bluff. Stay out of his way and he will soon run out of steam. Jack is a very successful merchant in his own right.

Trader Jacks hosts judges and lawyers whenever judges are in Rarotonga for Court of Appeal hearings and for Criminal and Land Court trials. Tourists and visiting business men and women always end up at Traders to wrap up their day. Unsurprisingly the main attractions are service and quality of food.

Being located on the water’s edge on Avarua harbour, it draws the cool sea breeze for everyone to enjoy. The only downside is exposure to cyclones and rough weather.

Jack competes with his customers to enjoy the pleasure of good company with drinks to go with it. There was a joke going around (Jack doesn’t know this) –

“Don’t ask Jack for a stiff drink because he might pour concrete in your glass!”

Traders rates as one of the top bars in the Pacific. The music is always good, security is solid and the place is always packed on Friday and weekend nights. I have never heard of any fights at Traders, Jack being built like a rugby prop will easily kick backsides if there is any suggestion of violence.

Jack came from New Zealand in the early 1980s. His first restaurant was the Vaima in Titikaveka. He built Trader Jacks with his business partners. It was crown land next to the Avarua wharf which was the centre of all shipping activities under the management of the old Union Steamship Company. Apart from Trader Jacks, he also owns a fish processing factory in Avatiu.

Jack, you have run the golden mile to make the country you have chosen to be your home and be part of its history a better place.

Another outstanding nation builder and investor is a much quieter individual, also from Kiwiland. He is Ross Hunter, Mr Iron and Steel himself.

Ross came to the Cook Islands with his Rarotongan wife Vara to settle in Ngatangiia, in the 1960s.

They set up their home and brought up their family. Ross, a highly qualified welder trained in the Devonport Naval Shipyard, played a major role in the Rarotonga Airport construction.

He also started developing his own private business and started Rarotonga Welding and Steel Construction, located in a huge industrial workshop, located in Takuvaine.

The company is well known for making heavy duty cargo barges for ships serving the outer islands, with such good quality that they last upwards of 20 years. The company also weld heavy steel frames for the construction of many large buildings on the island.

Ross and Vara Hunter’s children have now taken over the business, headed by eldest son Conrad.

The boys have expanded into other businesses.

They created Koka Lagoon Cruises which operates inside Muri lagoon. One of the daughters with her husband created the landmark tourist attraction called Te Vara Nui Village, which is one of the major tourist attractions in Rarotonga.

Ross may be a quiet man, but he is not to be pressed too hard. He will stand his ground then have a good laugh about it afterwards. Ross is in retirement now but he holds a very important place in the history of the Cook Islands – the nation he helped develop and grow. E toa rai koe e Ross! E toa! E toa!