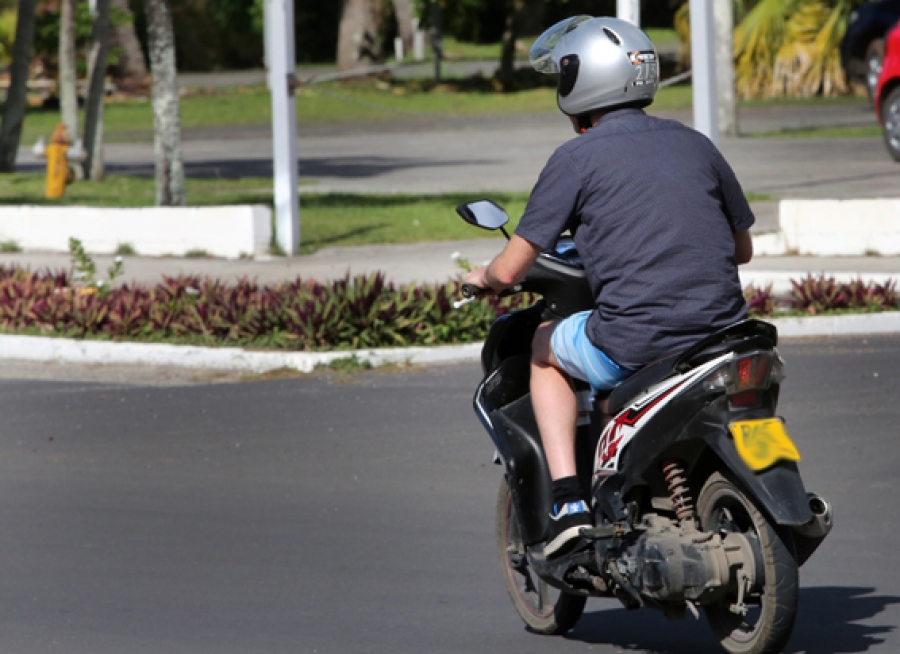 Helmet must be made compulsory for all motorbike users, writes columnist Thomas Wynne. 17042839

OPINION: If ever there was a time for the government to make the right decision regarding the helmet law then it is now.

In 2008 the Cook Islands News reported that the repeal of the proposed helmet laws that would have made them compulsory was a victory for the people.

Cabinet recalled Parliament early to repeal the Transport Act of 2007 which would have made it compulsory for all motorcyclists to wear a safety approved helmet at all times on the road from April 12, 2008 but they instead gave in to a petition signed by over 3000 people.

I had to wonder while reading this if any of those that signed the petition were connected or related to the 60 people that have died on our roads since then. Many that have died because of speeding and alcohol, but could have been saved by wearing a helmet.

The organiser of the 2008 petition pointed out that there hadn't been enough consultation, and tabled the petition, which received more 3000 signatures with a lot of hugs here and there, especially from the older people, who were happy about this law because they are the ones that are not speeding.

None of these older ones who were so aggrieved by the potential law change in 2008 would probably be out drinking and speeding late at night, but I guess the change in law was to protect those that are careless and break the law, not those that abide by it.

That’s not fair I hear people saying, why should we, those that don’t drink and drive and speed have their life styles and freedom to not wear a helmet, disrupted by those that do not abide by the law.

Well, I guess the sobering argument is that 60 lives have been lost on our roads, according to police figures just released to the public. Too many of them, our sons and daughters, our grandchildren, our aunties and uncles, have died and predominantly from head injuries and head trauma, because of their own decisions. But this was preventable if the government of the day in 2008 had the courage to do what was right – to make the right decision and not just the popular one.

Or maybe we have had enough funerals, enough posts saying gone too soon, enough grieving parents and enough lost potential, lost dreams, lost aspirations and children to reconsider our position again 12 years later and ask ourselves as a country – are we prepared to accept the change of lifestyle for us all to save the few that make careless and fatal decisions.

And this is not a dig at the government officials in 2008 or those that lead or signed the petition because at the time it seemed the right decision. In the course of time we have had the opportunity to reconsider this position and as a country, we are faced again with the police and government ready to make decisions with regard to our freedom and easy lifestyle. And as I have said before are we ready for change.

I don’t know how you feel, but to me that does seem somewhat back to front. But it is what it is and I guess people would say in 2008 and during the fishing debate, groups of people have made their voice heard and said no.

If ever there was a time for the government to make the right decision and not the most popular decision then it is now.

If ever there was a time for us to reconsider our position from the one we had in 2008 then it is now, because young lives are in the balance, depending on the political will to say enough is enough.

And I am hopeful; hopeful because we have buried enough of our sons and daughters and hopeful because as Cook Islands people, our family, our children, our teenagers, mapu and people, are more important. They are more important than the intrusion or just the change to our lives of putting a helmet on, of strapping it up and then having to take it off again every time we ride a motorcycle – to save just one life.