Thomas Tarurongo Wynne: At what chapter do we judge a man’s life? 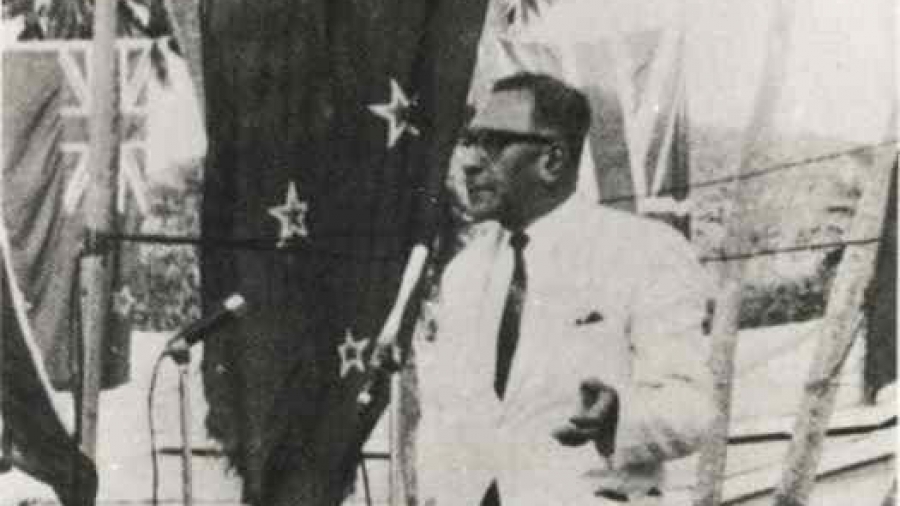 OPINION: Former Prime Minister Henry Puna stated this week in his valedictory speech that history itself will judge the works of a man’s life and political career – be they for good or for not so good.

Ultimately, we will all stand before a Judge far more superior than history and give account for our lives, both public and private.

Nonetheless, and if I may again address some of the issues raised by Iaveta Short in his book “False Start to Paradise”. I personally did not agree with his characterisation of Albert Henry and though he calls it almost revisionist to see the life and works of the former leader outside of the failings at the end of his political career, we cannot think of the Cook Islands or our democracy without him. My question to Iaveta is – do we judge a man by the last chapter of his life or do we look at the total sum and then come to our own conclusions.

If it were not for Albert Henry’s interventions for growers in the 1940s, we would not have been heard and the exploitation by companies from New Zealand by foreign business would have continued. He started the Cook Islands Planters Association (CIPA) in November 1944 in Rarotonga and they demanded for the establishment of co-operative trading stores and for a ship to enable cash-crops to be exported independent of the irregular service provided by the monopoly of New Zealand’s, Union Steam-ship Company.

In April 1945, Cook Islands workers returning from working in the phosphate mines on Makatea of which my uncle was one, complained of poor working conditions, low wages, insufficient food and virtual slavery. Their contracts had been negotiated directly between the French business interests and the New Zealand government. A petition to the Resident Commissioner by the CIPA was not forwarded to Wellington, and the issue was taken up in New Zealand by the local Cook Islands community and the Auckland Trades Council, resulting in a government inquiry.

The Auckland Cook Islands community formed an Auckland branch of the CIPA in October 1945, which in November 1945 elected Albert Henry as its secretary. This branch drew up a programme demanding higher wages, improved shipping, a Cook Islands representative in the New Zealand Parliament, fully elected islands councils, an elected federal islands government, and the abolition of the Resident Commissioner's power to veto legislation – signalling the awakening of our democracy and the resistance to colonial resident rule – and led by Albert Henry.

Whether it be the strike in January 1946 the CIPA organised for higher wages by Avarua harbour workers which was successful. This resulted in a significant increase in membership for the CIPA and by May 1946, they had claimed 3000 financial members or roughly half the population of Rarotonga. Or the New Zealand government forming a government sponsored union, the Cook Islands Workers Union, in an effort to prevent future unrest which in December 1947 resulted in a dispute between CIPA and CIWU supporters on Manihiki and saw 14 people arrested and held at the local courthouse.

In all these, the CIPA and Albert Henry were at the forefront and had taken the lead to advocate for our people.

Even when we finally formed a government in 1965 and despite the New Zealand government’s attempts to stop Albert Henry and the CIPA and his nomination as a candidate in our first ever general election, the newly formed Cook Islands Party won by a huge majority. Albert Henry was able to step into the seat his sister Marguerite Story won in the Te-au-o-Tonga constituency. He was not able to stand for Parliament because he had not resided in the Cook Islands for the requisite three years, even though he was the leader of the CIP, which was the largest party in the Cook Islands.

Albert Henry is an essential and intrinsic part of our democracy and the birth of our nation. We can decide at which juncture we judge his merit or actions, though to do so at the end is really just telling a small part of a much larger and pivotal story.

Leaders as I started are judged by so many things, and we all have a viewpoint as to what that may be. As one book closes with the abdication of Henry Puna to a new chapter of Prime Minister Mark Brown, the pen of history starts writing its pages again.

On a personal note, I wanted to thank our former Prime Minister Henry Puna for the opportunities he afforded me and publically acknowledge my gratitude and gratefulness for the privilege to work in his Office.