Ruth Mave: Pride and dignity can hurt just as much as physical pain 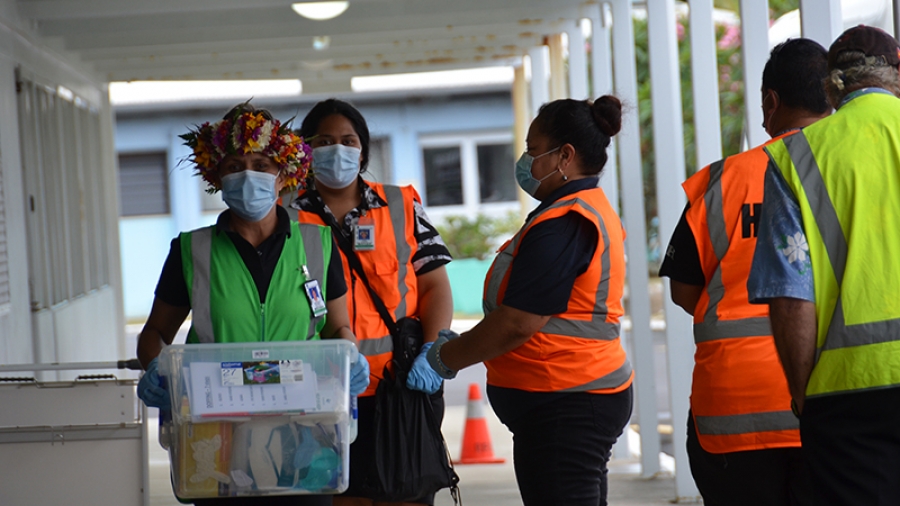 Health officials at Rarotonga International Airport to receive and transport returnees from Auckland on Friday. 20091830

Tipu is the last of my Uncle’s dogs. He continues to guard Uncle’s house while they’re away in New Zealand. He’s old and his snippy, snappy-ness has become cranky and callous. His skin is dark, diseased and smells rank. He sleeps most of the day, but morphs into a playful puppy, walking on the beach, only to collapse to sleep and recover.

I’m thinking of calling Te Are Manu to decide if euthanasia is right for him. I’ve called them in before when Popeye and Dude reached old age, they were unable to move from their bed, to go toilet, and looked miserable, when not sleeping all the time.

Euthanasia gives the ability to make a decision, saving them from pain and discomfort and I’m sure, preserve their sense of pride and dignity as alpha dog. It’s always a hard decision and not taken lightly, but the ability to have attending vets ‘put them to sleep’ at home, after we feed them, groom, brush, pat, and hug them with ei’s and give thanks and gratitude for the life and times they have shared with us, seems more humane. They rest now in Uncle’s garden under the tiare maori.

The upcoming elections in NZ will be posing the question of euthanasia to voters – will they give the same choice to humans who are in pain and suffering to depart peacefully, with pride and dignity? The act is not a simple one, there are lots of restrictions, basically, it requires the conscious decision of the patient, it can’t be made on their behalf by family, even if the intention is humane, valid and part of their will or desire when they were conscious.

I have a friend whose father became ill, she had to watch him suffer his last hours with respiratory dysfunction due to cancer. Despite a nurse being in attendance, and the medical consensus was he was dying, the law restricted them administering pain killers too often, allowing him to die without pain. All everyone wanted was to give him a peaceful passing, instead they had to continually talk to him telling him to relax and breathe…. easier said than done. The family were unable to spend time to thank and show gratitude to him in his last moments. Everyone suffered from him not being able to go peacefully.

Tuesday with Morrie is a book of a student who documents weekly the steady decline of his professor who is diagnosed with a debilitating disease that would slowly shut down his body, leaving his brain until last. Every Tuesday he recorded Morrie’s thoughts and experiences from what he had learnt in life, and the stage he most dreaded, ahead of him, was when someone else had to wipe his butt.

Pride and dignity can hurt just as much as physical pain. The rights of a person to live and die the way they want, is the call for euthanasia. Unfortunately, some would use and abuse it for personal gain, or because they don’t want the continual care or existence of the person.

Having Covid-19 here wouldn’t give anyone a peaceful passing, hence the reaction to quarantine breaches. Our health safety rests with the decisions and actions of others’ in charge and returning to quarantine. All we ask is don’t make them lightly.