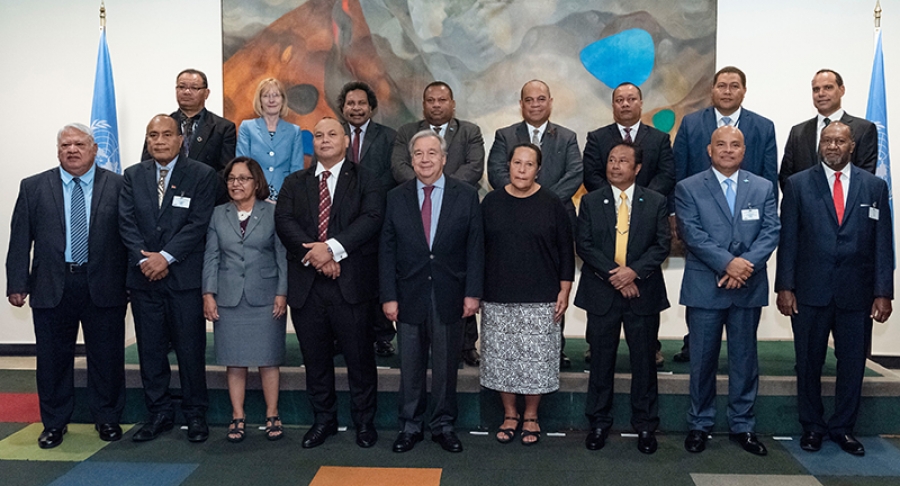 UN Secretary-General Antonio Guterres and Pacific Islands Forum Secretary Dame Meg Taylor stand at the centre of the Pacific delegates official photo – but someone is missing. 19092336

It was no doubt humiliating for Cook Islands deputy prime minister Mark Brown to be excluded from the official photograph of delegates to the United Nations Climate Summit in New York this week.

He may be consoled to know this snub is nothing to what some politicians have suffered. So, with acknowledgements to political scientist Valerie Chu, we bring you some of the worst diplomatic faux pas in living memory:

#1 In 1977 during a visit to Poland, US president Jimmy Carter gave a speech hoping to learn Poles’ “desires for the future” – but it was translated as, “I desire the Poles carnally”.

#2 His successor George Bush Sr made one of the most extraordinary faux pas in international politics when he vomited on Japanese PM Kiichi Miyazawa during a diplomatic banquet. He wasn’t spewing political bile – Bush was ill with intestinal flu.

#3 It was Bush, too, who gave Australian locals the V-sign while riding past in his armoured car in 1992. The gesture might mean “Victory” in America – but the way he gave it means something very different in Australia …

#6 Fiji’s Voreqe Bainimarama caused embarrassment when he visited Moscow in 2013. As Russian PM Dmitry Medvedev reached out to shake his hand, Bainimarama turned away from him and shook hands with Medvedev’s two aides.

Video and photos captured all these embarrassing moments for posterity. Unlike these other snubs, at least in Mark Brown’s case there’s no photographic evidence!