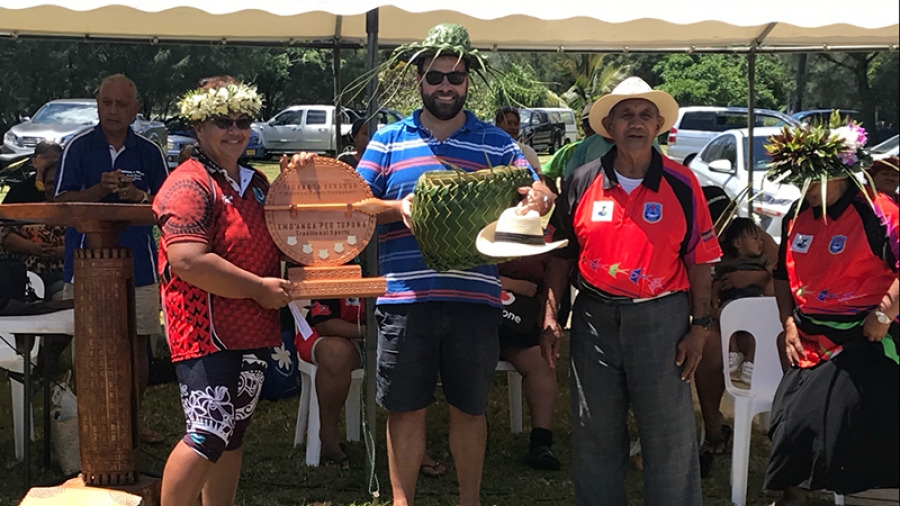 OPINON: While a virus sweeps the world, here in Cook Islands, we are celebrating life with a joy which is inspiring. By Christopher Watkins, Australian High Commissioner to Cook Islands.

As we sat in the stands at the National Stadium for the opening ceremony, watching the incredible display of island pride and extraordinary dancing, I was moved by the power of sport.

Rarotonga is alive with sporting passion and good will. The atmosphere is electric. Whether at the basketball, boxing, weightlifting, the volleyball, the soccer or the traditional games, we have found happy crowds, leaning into the excitement of the week.

As an Australian, I can only think of one event in my lifetime which comes close. This month, Australia celebrated the 20th anniversary of the Sydney Olympics, and in particular, the gold medal won by middle distance runner Kathy Freeman.

Kathy is a proud indigenous woman, and readers may remember she had the responsibility of lighting the eternal flame at our opening ceremony. The whole nation stopped when she took to the track. I remember watching the TV from a dingy university pub among a crowd silent with anticipation. She had the weight of the nation on her shoulders, as an athlete, and also as an aboriginal athlete. At a time when Australia was on show to the world, we chose this woman to carry our flag, and she united us.

That sense of togetherness is what I feel in Rarotonga. Those opening ceremony dancers had somehow found the time and energy to put hours and hours of work into producing a show that was completely at home on the world stage. They captured something in the process. The athletes and officials have created a sense of togetherness in a dark year. While a virus sweeps the world, here in Cook Islands, we are celebrating life with a joy which is inspiring.

I have always regretted not travelling to Sydney for the Olympics. This week, I wasn’t going to make the same mistake. I took a week off work just to support as many events as I could.

Sport tells you something about a culture. I had the honour of presenting a trophy to Atiu at the traditional games. Australia’s traditional game is Australian Rules Football. It wasn’t brought by the British or Americans. It evolved from Marn Grook, a game played by aboriginal Australians for thousands of years. Like the Oe Vaka or the Amo Manga here, it reflects something of our history. Australians have a healthy disrespect for authority. In Australian Rules Football there is no set size for the field, and no one can be sent off, no matter what happens. There is no off-side or knock on, only free movement.

Penny and I feel like we learned something about Cook Islands by watching Cook Islanders compete. We have witnessed a combination of pride and sportsmanship and community at a time when everyone is feeling the pressure and many are separated from their loved ones. It has been competitive but also inclusive. Serious and joyful.

As we join the rest of the country watching the closing ceremony (and no doubt thousands of ‘Cozzies’ back in Australia via the live feed), we will feel both sad to see it end and lucky to have been here.