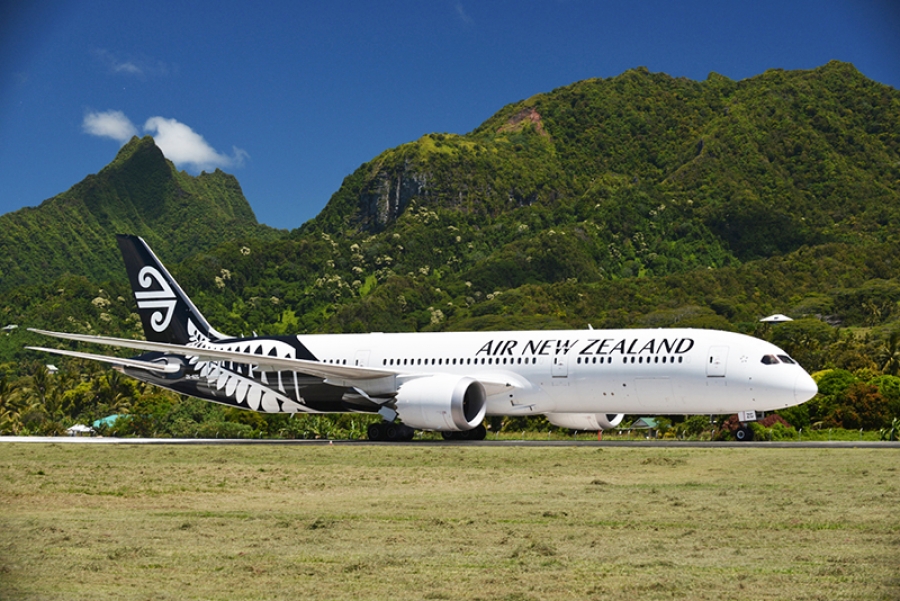 The introduction of Air New Zealand's Dreamliner on the Auckland-Rarotonga route in 2016 has helped cater for the increase in visitor arrivals. 18032317

The tourism industry made a quick recovery in visitor arrival figures last month after posting a decline in January this year.

Total arrivals of visitors to the country last month was 8459 compared to 7731 for February, 2017. This represents a healthy increase of nine per cent.

However South Europe had the highest growth percentage for the month on 82 per cent, followed by China on 67 per cent and New Zealand on 10 per cent.

Cook Islands Tourism Corporation chief executive officer Halatoa Fua said he was pleased with the improvement in visitor arrivals and hoped the gradual growth would continue.

It was the low season for tourism and such increases were a boost for the industry, he added.

“February is a low season month, hence any increase in visitor arrivals iron out our seasonality issues and diversify our key source market growth.”

After welcoming a record number of visitors to the country year, the industry suffered a five per cent decline in visitor arrivals in the opening month of the year.

In January last year, a total of 9976 visitors visited our shores compared to 9527 in January this year.

The decline was largely due to a significant drop in visitors from New Zealand– 5139 in January last year compared to 4700 this year.

Australia, USA, Europe/UK, Canada and the Asian markets also recorded a decline from last year. At the time, Fua said Cook Islands Tourism had anticipated the strong growth seen in the last two years would slow down.

He said the corporation had also identified stronger competition in their short haul markets this year, adding the visitor arrivals were still stronger than two years ago.

“The corporation’s international offices are engaging heavily to drive sales and educating the travel trade, while head office embarks on its digital marketing strategies.”