Turning on the taps 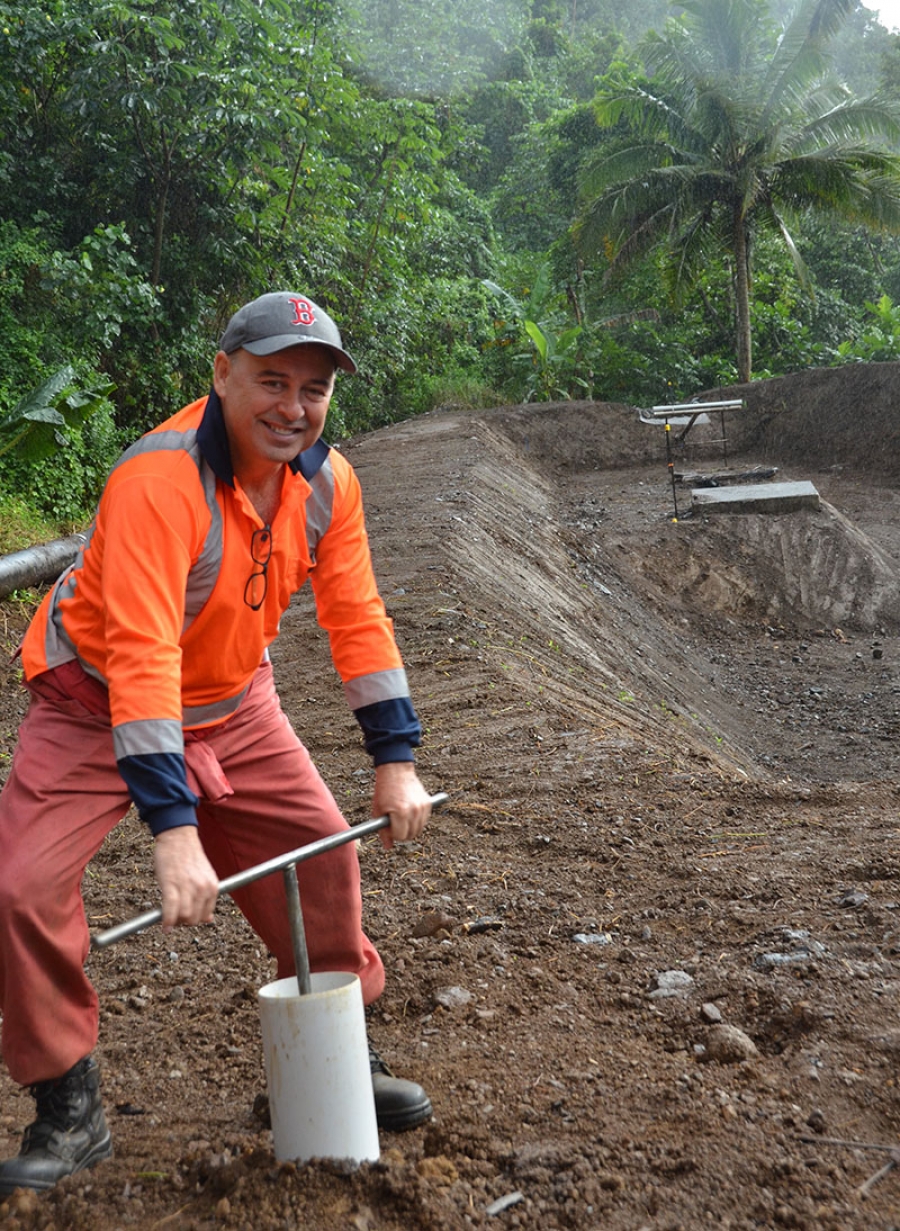 Takuvaine-Tutakimoa MP Mark Brown turns one of the valves that drains water from the sedimentation tank to the storage pond at the Takuvaine water intake site. KATRINA TANIRAU 20062403

Authorities acknowledge they need to be as transparent as the water they plan to pipe into people’s homes in Rarotonga.

Controversy has surrounded the Takuvaine water intake site after claims landowners had not been properly consulted about land use for the project and that chemicals had been added to the water without permission or any prior knowledge.

Yesterday landowners and other key stakeholders including representatives from the New Zealand High Commission and Ministry of Finance and Economic Management were invited to inspect the progress at the site.

The works are near completion, and government was keen to quash rumours once and for all.

Land owners watched as the water in the poly-aluminium chloride sedimentation tank was collected and tested to see if there were any traces of chemicals in the water.

The Deputy Prime Minister then turned two valves to open and release water from the sedimentation tank into the water storage pond.

Storm damage to the main water storage pond meant it had to be reconstructed, and that delayed the project.

From there the water goes through a sand filtration system.

The water treated in the new works is not yet being piped down the hill to homes and businesses – for now, people are still receiving the water from the old system.

A decision on whether chlorine will be added to the water is currently before the court after an independent water engineer was brought in to assess water quality and the need for disinfection.

Water testing has indicated high levels of E Coli and bacteria in the current water and at present it is advisable to continue to boil drinking water.

Brown said chlorination is the method used for disinfection of water in every country around the world.

“If you don’t like the taste of chlorinated water, you can buy a filter for your household that eliminates it,” he said.

“The bottom line is our people need and deserve water of a quality good enough to be able to drink it straight out of the tap.”

Following construction completion of the 10 intake sites, the project will enter an operation and training phase.