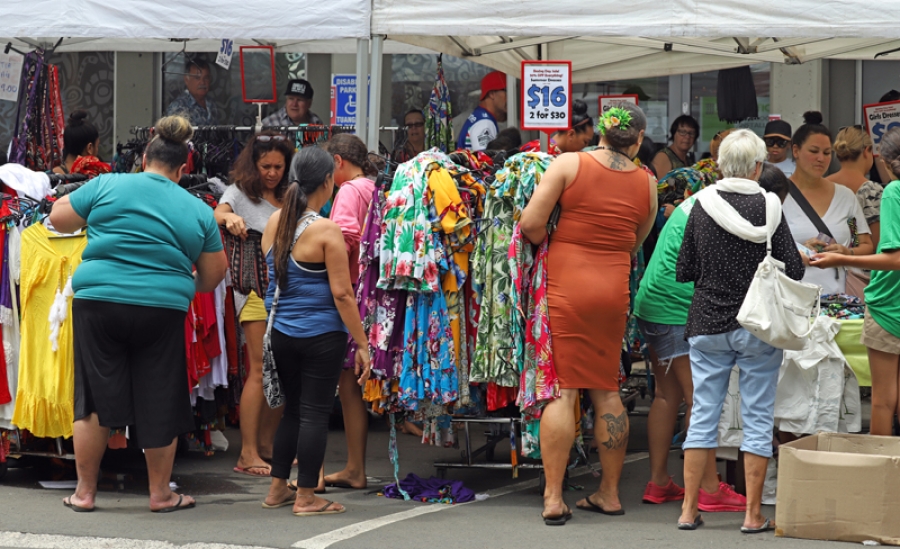 Shoppers queued from just after 6am to score the best of the Boxing Day bargains. 20010402

Island Craft managing director Fletcher Melvin says the best thing about bumper Boxing Day trading and sales on the island last week that was all his staff could take paid days off for a well-deserved break.

After working hard in the lead up to Christmas, Melvin was happy his staff members could have time off to rest and relax.

Melvin said there was also a notable increase in the number of shops in Rarotonga that now open on December 26.

“We have noticed that there are now a few more shops that are opening on this day, but this just means more people will come out as there is more variety,” he said.

As the president of Cook Islands Chamber of Commerce, Melvin said members were generally positive and optimistic going into the New Year.

“The island is still doing well in terms of tourist numbers and development does not seem to be slowing.

“The latest predictions by Ministry of Finance and Economic Management are that growth will decline next year due to capacity constraints. This is due to the labour shortage which means demand is still high, especially (in the) the building and tourism areas.”

Melvin said the Chamber of Commerce would continue to work on finding ways to alleviate the labour problem so that there was not too much pressure on the island in the future.