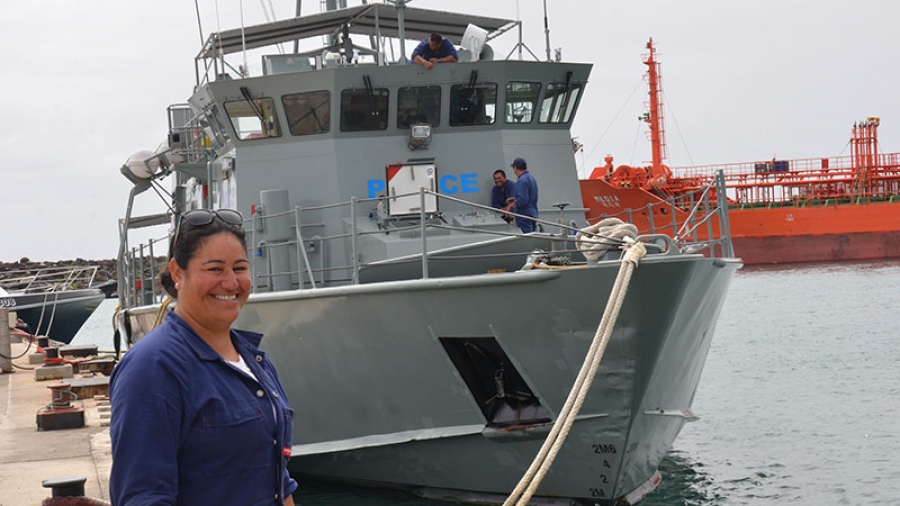 The crew worked alongside the Ministry of Marine Resources in a surveillance operation called Island Chief.

He said the team uses intelligence through their interagency cooperation with Ministry of Marine Resources, Customs, Agriculture, Ports Authority and Health to help respond not only to fisheries related risks, but other threats like transnational crime and border security issues.

“The Maritime Police Division is recognised as a high performing unit, so from time to time our Pacific neighbours will request that we participate in joint patrols, or assist in the surveillance of their EEZs,” Tetava said

He said during this operation they included Niue in their patrol plan, to conduct surveillance and at-sea boarding and inspection activities as well.

She said this has also created challenges for them in undertaking some of their monitoring work, making aerial and maritime surveillance operations much more valuable during this time.

Preventative action has been taken by the Cook Islands' Government to ensure the country remains a Covid–free zone, including sea port entry being restricted to freight, cargo and fuel vessels only, and all other non-essential vessels prohibited from entering any Cook Islands port.

Maru said the ministry’s approach towards continuing and strengthening the country’s capability to secure its maritime domain includes regional cooperation and using innovative methods and technologies for monitoring, control and surveillance.

“This new vessel will extend the range of patrol capabilities, and is fitted with the latest electronic surveillance equipment,” said Police Commissioner Maara Tetava.

Three young men were inducted into the Police Service last week and will be assigned to the Maritime Division as crew for Te Kukupa.