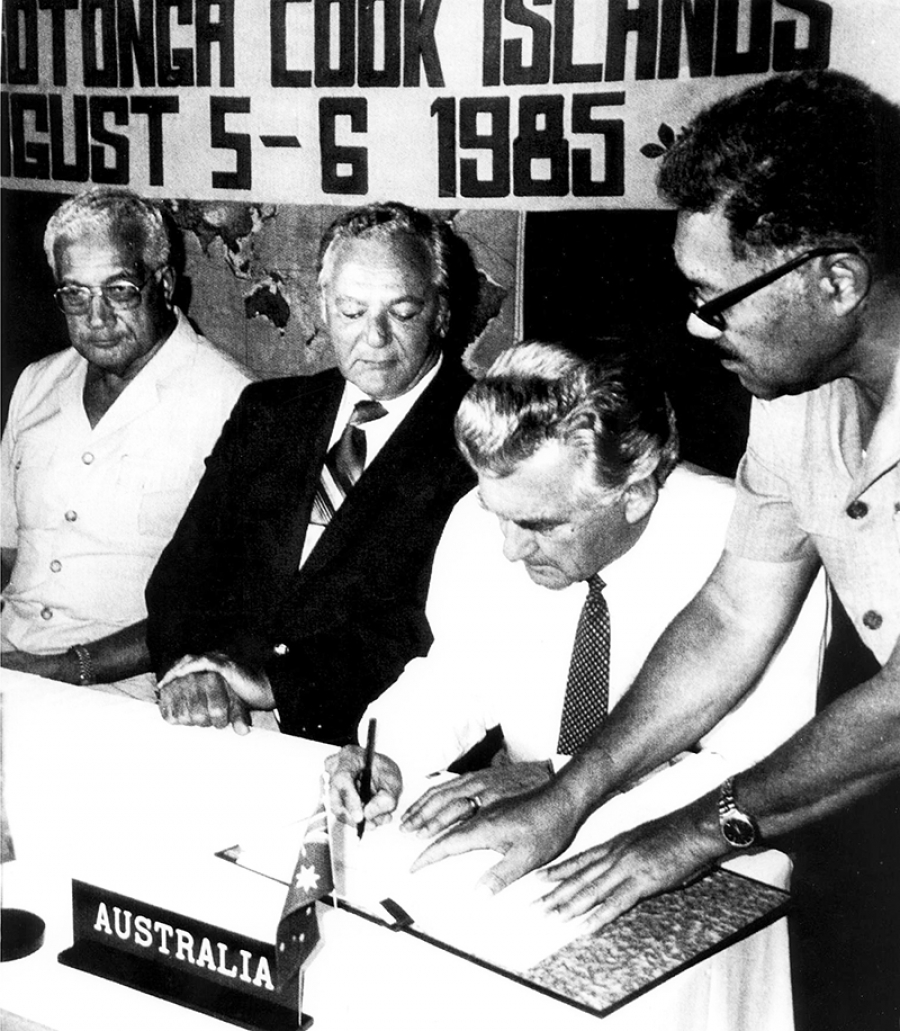 The South Pacific Nuclear Weapons Free Zone Treaty was adopted by Pacific Forum Leaders on August 6, 1985, at their meeting in Cook Islands.

Dame Meg Taylor, Secretary-General of the Pacific Islands Forum, said the treaty was a significant milestone, showing the Forum’s resolve to safeguard the bounty and the beauty of the Blue Pacific.

It came after a long history of nuclear testing by Britain, France and the USA. “This Treaty drew a line in the sand, and showed our commitment to protect our environment for future generations.” she said.

In declaring the world’s second nuclear weapons-free zone in a permanently inhabited area, the Forum reflected its members deep concern about the continuing nuclear arms race and the risk of nuclear war, “not only for the people of the Blue Pacific, but for all of humanity”.

“The ongoing impacts of the past nuclear testing programmes in the Pacific, including impacts on health, human rights, and the environment, continue to be felt across our region.”

At a summit in Tuvalu last year, Forum leaders expressed renewed concern about the impact of nuclear contamination on the health and security of the Blue Pacific.

They acknowledged the importance of addressing the long-standing issues of nuclear testing legacy in the Pacific, and called for the operationalisation of the provisions of the South Pacific Nuclear Free Zone Treaty.

The Forum Secretariat continues to support States Parties to the Treaty in ensuring adherence to and implementation of the Treaty. The Secretariat also supports a CROP Taskforce on Nuclear Legacy Issues in the Pacific to deliver on Leaders’ decisions on nuclear legacy issues.