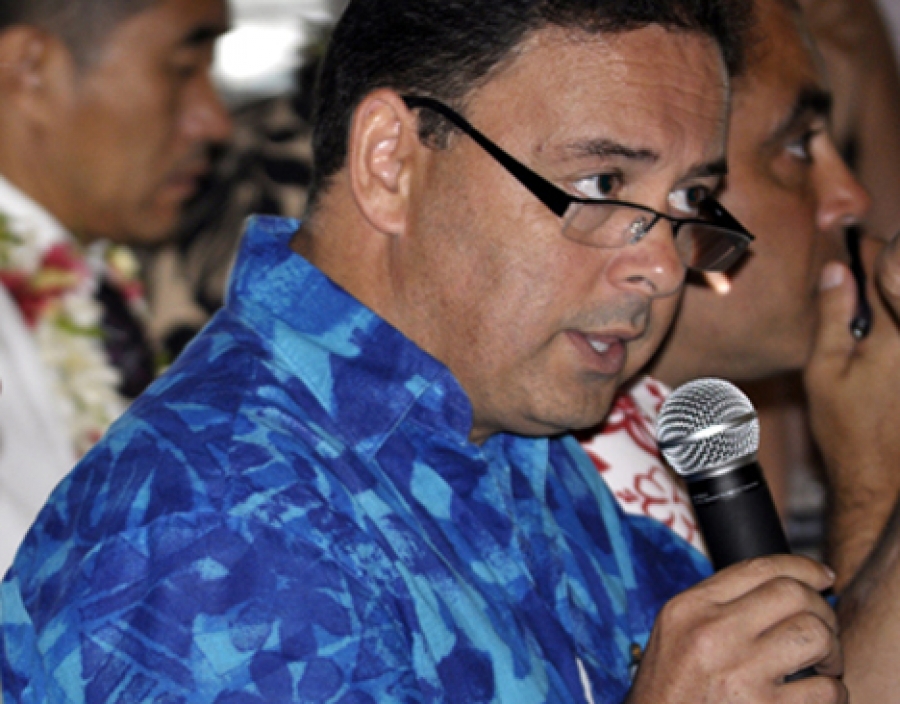 Finance Minister Mark Brown provided details of the Government’s 2014-15 budget during a speech made in Parliament yesterday.

Speaking on the eve of the Cook Islands’ 50th anniversary as an independent nation, Brown focused on the path for the following 50 years, one that he said “... needs to be one of prosperity, of self reliance and finally, most importantly dignity, dignity as a nation, dignity as a community, dignity of the family, and dignity as a person.”
“Not only must we continue to uphold our dignity at all levels but prevent those things that can erode it, that requires an effort at government level, a business level and a personal level,” he said, according to a draft copy of his speech.
Brown said, “Economic independence does not come easily as it needs a continued hard productive effort from all of us, from the public sector, the private sector and individual households.”
“But we are a strong resilient people we can do it, and we will do it. This government will ensure that, yes, we can do it.”
Financial highlights of the 2014-15 budget speech included:
• Spending $11.8 million on 1,790 pensioners and a further 2.7 million to 3,400 recipients of child benefit
• Allocating $13 million on health, including an expansion of the Cook Islands Nursing School
• Education spending of just over $14 million, “the highest amount ever allocated for Education”
• An extra half million in funding for tourism marketing
• A $100,000 deposit into the natural disaster response fund, bringing the total to over $600,000
• The country’s net debt position rests at 22 per cent of GDP, said Brown
• Over $6 million in fisheries revenues collected in the last financial year, including licence fees, catch revenues, and penalties of $1.225 million.
This morning, the Ministry of Finance and Economic Management will be making a “Budget Breakfast” presentation for the public at the Islander Hotel, with additional details for spending in the current financial year.