Air NZ is to continue one last weekly flight. 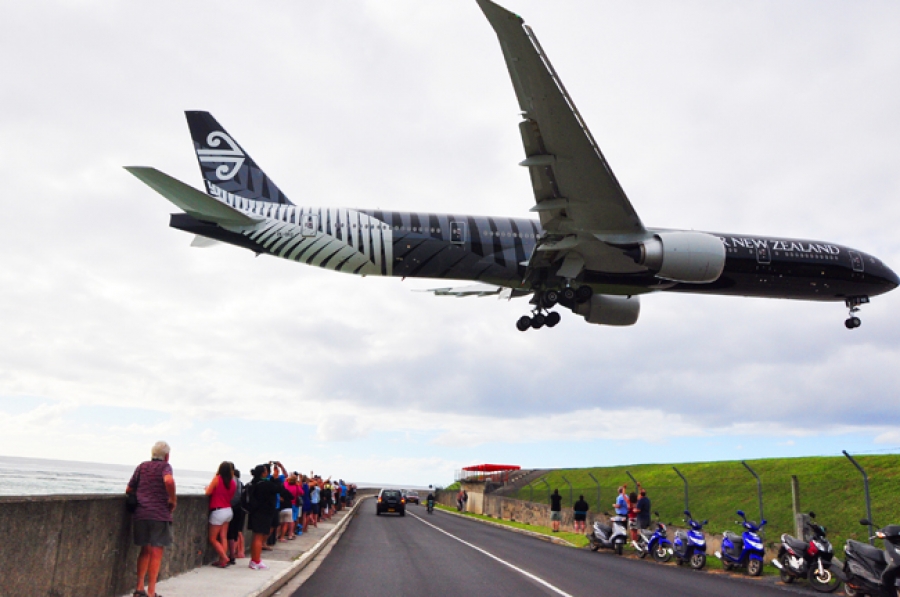 Air New Zealand has now cut back its Auckland-Rarotonga flights to just one a week – but the governments of both countries expect the airline to maintain that last connection.

“We are one of the countries that Air New Zealand will provide a weekly service to,” Cook Islands Finance Minister Mark Brown said last night. “I think we should be grateful for that in these times.”

In New Zealand, his counterpart Grant Robertson is responsible for that government’s 52 per cent shareholding in the national airline.

His spokesperson said the terms of the loan from the New Zealand government required Air New Zealand to continue flying to various international destinations, including flights from Auckland to Rarotonga at least once a week.

“Air New Zealand has not requested any reduction in this schedule,” she said.

“If such a request was made – and there has been no indication that Air NZ is considering making such a request – then the Crown would need to consent to a reduction before it could take effect.”

Air New Zealand will be providing only one flight from now until the end of April. Its May schedule is still to be confirmed.

The planes coming in at present arrive with freight, but no inbound passengers.

According to Air NZ, as detailed in their most recent international flight schedule, they are currently operating one return service to Rarotonga per week arriving and departing on a Friday.

Air NZ says that once government travel restrictions are eased, depending on demand the current international schedule will be reviewed.

And in relation to cargo on the once weekly service, this consists mainly of medical and food supplies.

Air New Zealand’s media representative said the cargo is delivered to them preloaded in cartons, ready for loading.

“Our employees do not handle individual items or boxes.”

Principal Immigration Officer Kairangi Samuela said the current practice was for the Air New Zealand crew to remain onboard the plane, while it was on the ground.

Airport Authority chief executive Joseph Ngamata said the authority wiped down doors, chairs, trolleys and areas that people on the plane might have touched.

And they are reconfiguring their seating in the terminal to allow for spacing between seats and marking passenger queuing areas to give 1.5 metre spacing between people.

Air New Zealand said it had deployed its Special Assistance Team to support its employees during the Covid-19 outbreak.

Air New Zealand safety and aviation medicice general manager Darren Evans said this was no doubt a challenging time for everyone at the airline.

By Losirene Lacanivalu and Jonathan Milne.