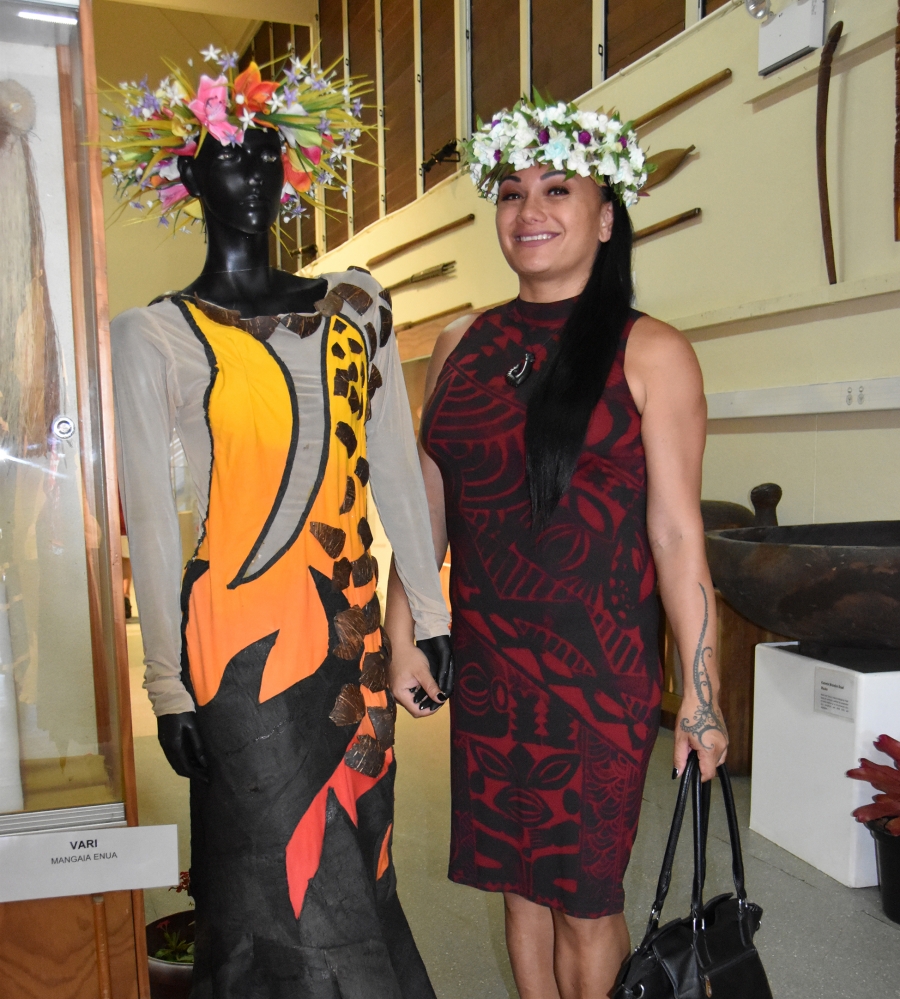 Leelee Tuara and the winning design 'Vari' of Te Ata o Avaiki that she modelled for the show. 19120650.

“We wanted to create a dress that represented the theme of ‘Te au Inangaro o toku Matakeinanga/Enua.’

“Vari is named after the Mangaian Goddess of creation, we wanted something exclusive to, and for Mangaia. She reached into the depths of Avaiki and drew out a volcano, creating Mangaia”.

The black tapa on the dress was handmade, Tuara and Pekepo trekked into the makatea to cut down the aoa (banyan) vines.

Having boiled the vines for four hours, they were left to soak for four days, after stripping the bark, an ‘ike’, a beater for tapa carved from solid wood, was used to soften the bark wood; the tapa was dyed black to represent the volcano.

Coconuts were collected, sanded and polished and hand stitched to the dress.

The lycra was purchased from Tukis and dyed with bright and bold flame colours and the mesh sleeves were intended to be skin tone coloured, “with the limited resources in Mangaia, there wasn’t much choice”.

Tuara says the event was positive and is a fantastic platform for up-coming designers.

There is a lot of talent out there, but they under estimate their ability; and some people are too shy and worry too much about what people may say, she says.

“This event is has encouraged me.”

She encourages people to join the competition with a friend or a group to build up confidence.