Te Reo Maori must be ‘understood to be felt’ 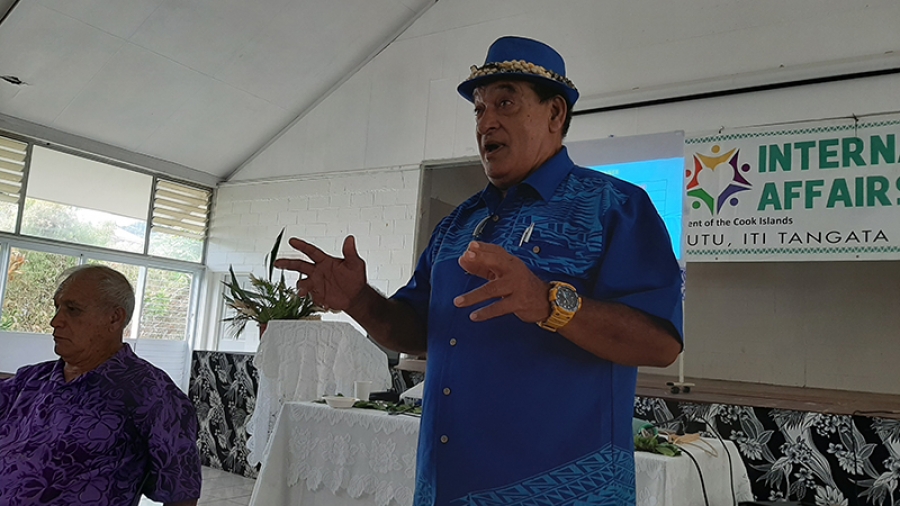 Daniel Apii distinctly recalls a former Cook Islands political leader who said, “don’t you ever come to my country and bastardise my language”.

The question today is, Apii said, who is doing that now?

“Today I can easily tell you, our language has been bastardised,” he said at the Te Kopapa Reo Maori workshop last Friday.

“Like our language, even the drumming especially the Manihiki beat has been bastardised by everybody and when I hear it, I cry.”

Apii said, people who are degrading the language and culture have no understanding of what they are doing.

“It’s like someone talking to you who doesn’t even know what they’re talking about,” he said.

“The Manihiki drum beat talks about what you are doing, it tells the story, but today everyone just plays whatever they want.”

But he considers that most of our children are like parrot birds.

Apii has watched Te Mire Ura and observed that there are people who do actions that do not follow the words of the song.

“Most of the children who are dancing in Te Maeva Nui don’t understand what they are singing, so how can they portray or re-enact or tell the meaning through the actions if they don’t know the meaning?” he said.

Apii believes it is vitally important for children to be taught to understand what they are singing or saying when they perform.

Te Kopapa Reo Maori conducted a three day workshop on the different types of the pe’e (the calling of the chant).

“There is no way you can explain a pe’e in English, there are no words, because the words of the pe’e are not the normal daily words you use in English,” said Apii.

“In Maori, the words are very deep, very meaningful and the meaning stretches…as you stretch your pe’e, the meaning also stretches, that’s one very important thing.”

When you speak in Maori it is so much stronger and very meaningful, he said.

“If we want our children to learn our pe’e because our culture is very strong but not being understood by our younger ones, then what are we doing?”

He has taught one of his grandsons the pe’e in Maori and Manihiki.

“When he learns a pe’e I have composed for him I explain to him every single word so he can perform it with feeling.”

Apii recognises the dilemma of getting the right message out there.

For the Aotearoa Maori language there is only one.

“But for us with Pa Enua islands we have other languages.”

Apii said Te Kopapa Reo Maori should have one representative from each of the islands, and for each island to have a committee of their own.

Chairman George Paniani said the committee will address these issues in the future.