Learning about the traditional and treasured ways of the past 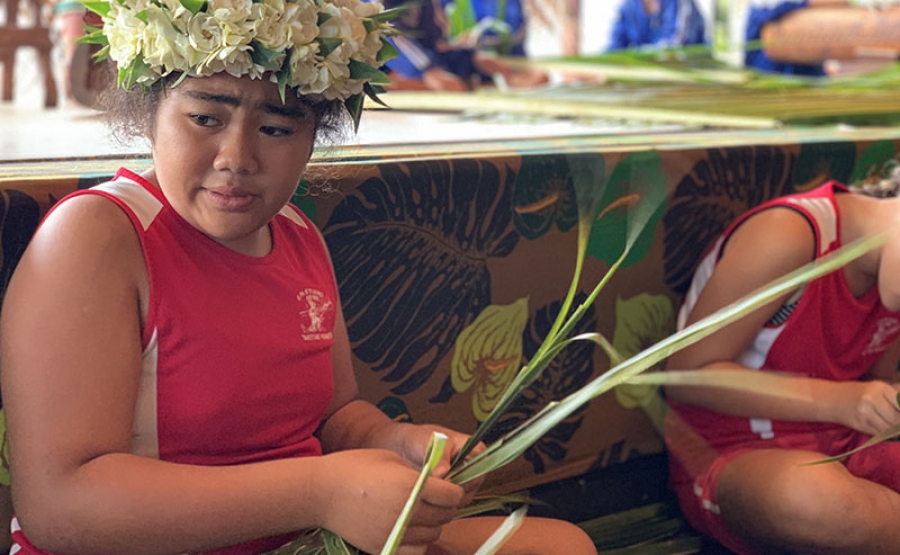 There is no better place for future generations of Cook Islanders to learn about traditional cultural practices than at Highland Paradise - the 600-year-old village site that was home to the Tinomana tribe.

Nearly 3000 children have had the joy of competing in the Highland Paradise Cultural Competition since its inception nine years ago.

Tutu Pirangi says they were proud to host the ninth annual school cultural competition at Highland Paradise – Maungaroa on Friday after rain postponed the event by a day.

“When we initiated this competition, our aim was to create a passion for our culture, a way of engaging our children in cultural practices in the most authentic and traditional way,” Pirangi says.

“This competition is an integral part of our overall vision to preserve and showcase our culture to ensure it is never forgotten.”

For some of the students, Pirangi says it’s probably the only opportunity that they will have to prepare an umu on their own.

“It’s a fun interactive way for them to learn.”

Originally there were five schools, Arorangi, Rutaki, Papaaroa, Takitumu and Te Uki Ou who were to take part in the competition.

Apii Arorangi have attended the cultural experience every year, but sadly due to the passing of a well loved and respected woman Niotangi Heather in Vaka Puaikura, the school did not participate in the event.

Grandfather and mataiapo Danny Mataroa says when children participate in the competition, they get to know each other and learn about traditional ways, while treasuring the experience.

Hopefully later when they go overseas they will return because of their love for Cook Islands culture, Mataroa says.

“Sometimes we get so churchy, that we become so strict on our kids and limit them from mixing with other kids that they just want to leave the island when they’re older,” he says.

Principal of Papaaroa School June Hosea says it’s events like this that encourage the students to learn and make use of traditional skills.

“If it wasn’t for this event, I don’t think we would be motivated to do this,” Hosea says.

“The kids love it, learning how to weave and husk a coconut - some have never husked one.

“Because of Covid it’s helped us realise we need to get back to our knowledge and it is events like this that encourage our children to do just that. I’m very happy the kids are participating in this.”

Most of all they are grateful for the long partnership with the schools, because without them there would be no competition.

“We thank them for their foresight and commitment and for including the competition in their programmes each year,” Pirangi says.