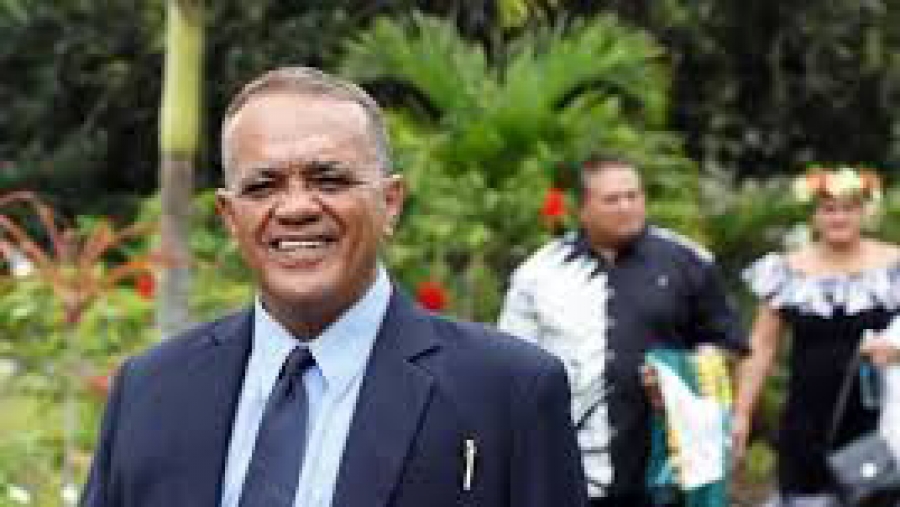 Minister George Angene says he is not seeking to abolish Koutu Nui, the other Cook Islands traditional leaders' group.

Traditional leaders group Koutu Nui should be brought under the authority of the House of Ariki, says Minister George Angene.

House of Ariki Minister George Angene says he is not seeking to abolish Koutu Nui, the other Cook Islands traditional leaders’ group.

However, Angene believes the group should be brought under the full umbrella of the Ui Ariki (House of Ariki).

Koutu Nui are the ‘kavana’, ‘mataiapo’ and ‘rangatira’ of the Cook Islands. Angene insists that the Koutu Nui only occurs when the three-sub chiefly hierarchy all meet together.

“After they meet, they go back to being a kavana, a mataiapo or a rangatira,” he said.

Angene believes Koutu Nui should be brought under the authority of the House of Ariki.

He said he had contacted the House of Ariki to encourage them to talk with their Aronga mana.

Terea Mataiapo Paul Allsworth said:“Accordingly, the Koutu Nui is a separate body in its own right and not subordinate to the House of Ariki.”

The group elect their executive committee, hold annual general meetings and receive their own budget from Parliamentary Services that must be accounted for, said Allsworth.

“The House of Ariki Act 1966 makes no mention that the president of the House of Ariki shall preside over the Koutu Nui or has the authority to intervene with the activities of business,” he said.

“The only authority the House of Ariki has is that the Koutu Nui cannot make recommendations or resolutions on any matter relating to customs and traditions directed to the legislature, these must be passed through the House of Ariki.

“Although in practice now, the Koutu Nui has made recommendations directly to Parliament.”

Allsworth noted that 2019 and 2020 have been the most turbulent, interesting and controversial times during his tenure as president.

“The House of Ariki has not been vocal or opposed any of Government’s controversial policies,” he said.

“To be clear, we support our Arikis being looked after however there should be some fairness and equity in sharing government resources for the Koutu Nui’s functions as mandated by legislation.”

Allsworth stated that the purpose and functions of the Koutu Nui as traditional leaders and those of their kopu and vaka tangata that have led this land and gone before them vested through their heritage, are simple. “To protect and look out for the welfare and wellbeing of our people is our main purpose. We undertake this important task without fear or favour, regardless of what our personal or political beliefs are. We do our work for our people, voluntarily and unpaid,” Allsworth said.

“The Koutu Nui’s mandate is very clear under our Constitution, that is to consider such matters relative to the welfare of the people of the Cook Islands. I believe, we have listened to the voice of the people and we have tried our best to deliver what is good for our people.”